Derailing possible bulls are worries of fake volumes printed by obscure exchanges. These actors while core to crypto are also taking part in malpractice that could hinder the approval and final roll-out of a Bitcoin ETF. In the meantime, Bitcoin has support and up 4.3 percent from last week’s close.

The global and unregulated nature of cryptocurrencies means some exchanges are perpetrators of wash trading and other illegalities unheard of in regulated exchanges. When they wash trade or participate in pump and dump schemes, it is usually the end user, the innocent investor or trader who feels the pinch. Add that to the ripple effects when an ICO project or a coin is deliberately inflated and later busted then it becomes a double loss. Not only will they have to lose steep listing money but they also have to address investor loss in confidence.

In the long term, a solution will be found, but at the moment, Bitcoin traders have to deal with the real prospects of the most valuable asset tumbling. A report by Integrity seems to cast doubt on February’s robust volumes saying up-to 88 percent of these volumes are false.

By employing tools that collect market data from several trades and order books, the pseudonymous group, NewsBTC reports, revealed widespread falsehood and outright volume manipulation. If that is that case, then it means recent gains were propped by weak hands and the signal fanned by exchanges keen on falsely painting a “healthy” market. 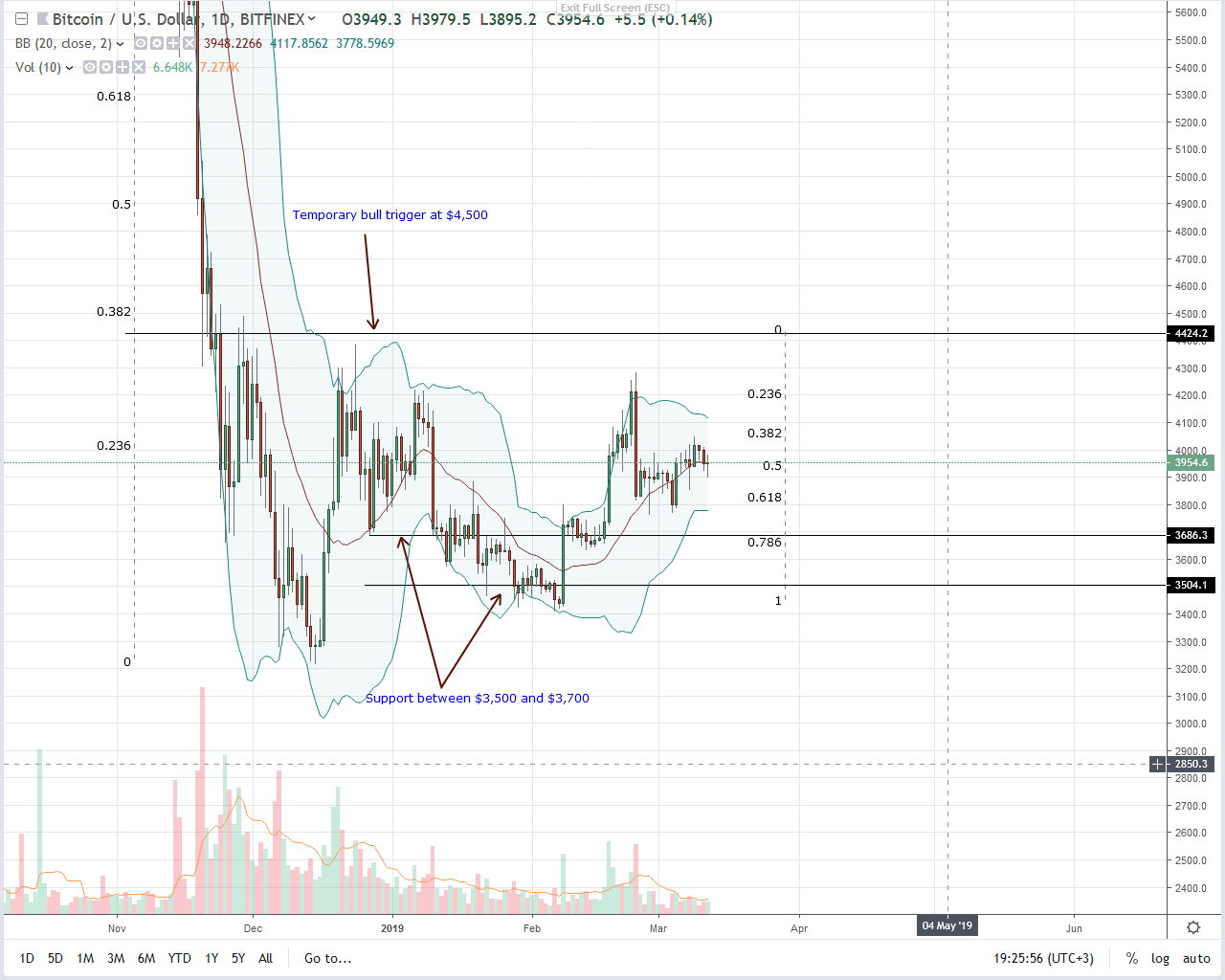 At the time of press, Bitcoin (BTC) is up 4.3 percent from last week’s close but still struggling with consistency. Like in all our previous Bitcoin price analysis, we shall maintain a bullish outlook. However, it is after there is a thrust and closes above $4,000 and later $4,500 is when risk-averse traders can initiate longs with modest targets at $6,000. Before then, risk-off traders have an opportunity to fade the current trend, buy on dips as Bitcoin price action trend within a bullish breakout trade.

The fact that prices are finding support at the 20-day moving average is bullish. By today’s close, we shall have a long-wick bar indicating Bitcoin demand in lower time frames. Should there be a confirmation and prices rally above $4,000, then the accompanying volumes must exceed averages of 5.7k and 36k of Feb 24.