After Cory Johnson revelation that they have been in constant communication with the Trump administration, Ripple supporter should interpret this as positive. It appears as if this positivity is spreading. In a report the FSB said cryptocurrencies and blockchain could be viable alternatives if traditional payment means become expensive. This is a subtle endorsement for Ripple as it bids to replace SWIFT.

There is a lot going on for Ripple but what should strengthen the holding wave are recent comments from Ripple. In an interview with BREAKER, the Chief Marketing Strategist at Ripple said the company regularly communicates with politicians and regulators not only in the US but across the world.

He went on to reveal the recent discussion they had with officials of the Trump administration saying that though they started on the low, he has been surprised with the level of knowledge they had about Ripple. To him, Ripple- a distinct company from Ripple Labs is a “whole different beast” with a unique consensus algorithm enabling complete decentralization.

At one point they talked about the level of centralization in Bitcoin where studies reveal that more than 75 percent of the total hash rate is in China. Consequently, this gives their government an upper hand should they want to want to cripple and destroy the network. Opposite from Bitcoin, there is no mining in Ripple. Furthermore, after implementing a decentralization strategy, Ripple control 48 percent of the total nodes in their unique node list.

According to a Twitter user, The Financial Stability Board and the G-20 could be bullish on cryptocurrencies because of the efficiency it tags along. While quoting a paragraph in a recent FSB report: “may become an option where current payment or banking services are less convenient or are slow and/or expensive”, Cory strongly believes that Ripple and the use of XRP could pick up, clipping some market share from SWIFT, a dominant cross border payment in use which is expensive. 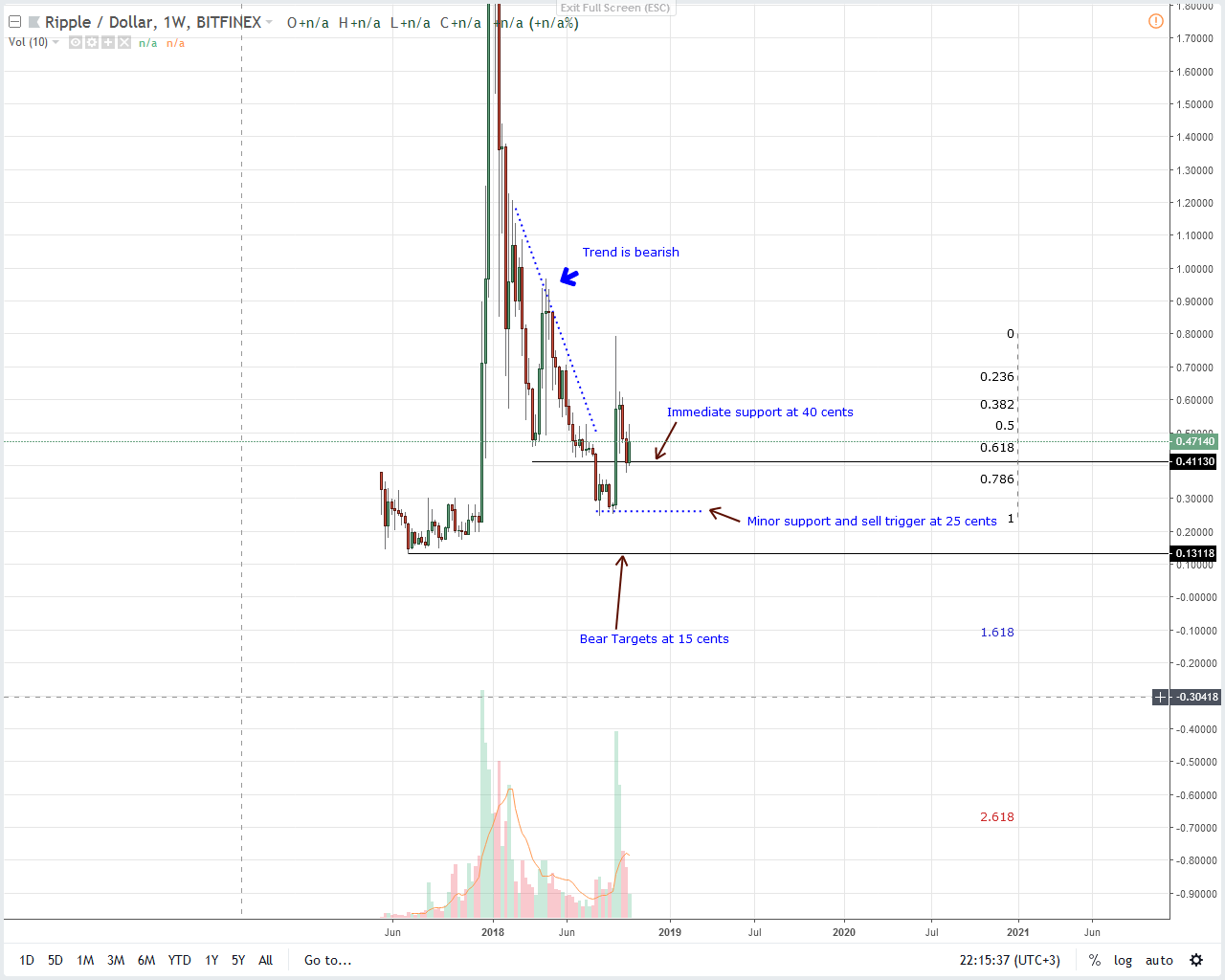 Even though yesterday’s gains did reinvigorate the market, XRP is technically bullish. This is all thanks to the explosion of prices by week ending Sep 23. Coincidentally, behind that rally was a surge in market participation levels. In previous XRP trade plans we had mapped out potential reversal zones syncing with key Fibonacci retracement levels at 45 cents and 55 cents.

From the recent turn of events we suggest aggressive types to load at spot prices. But risk-averse traders need to trade once prices rally above the 55 cents mark. The level is the 38.2 percent Fibonacci retracement level marking the upper limit of our resistance zone. On the reverse side, losses below 40 cents cancel this upbeat projection. 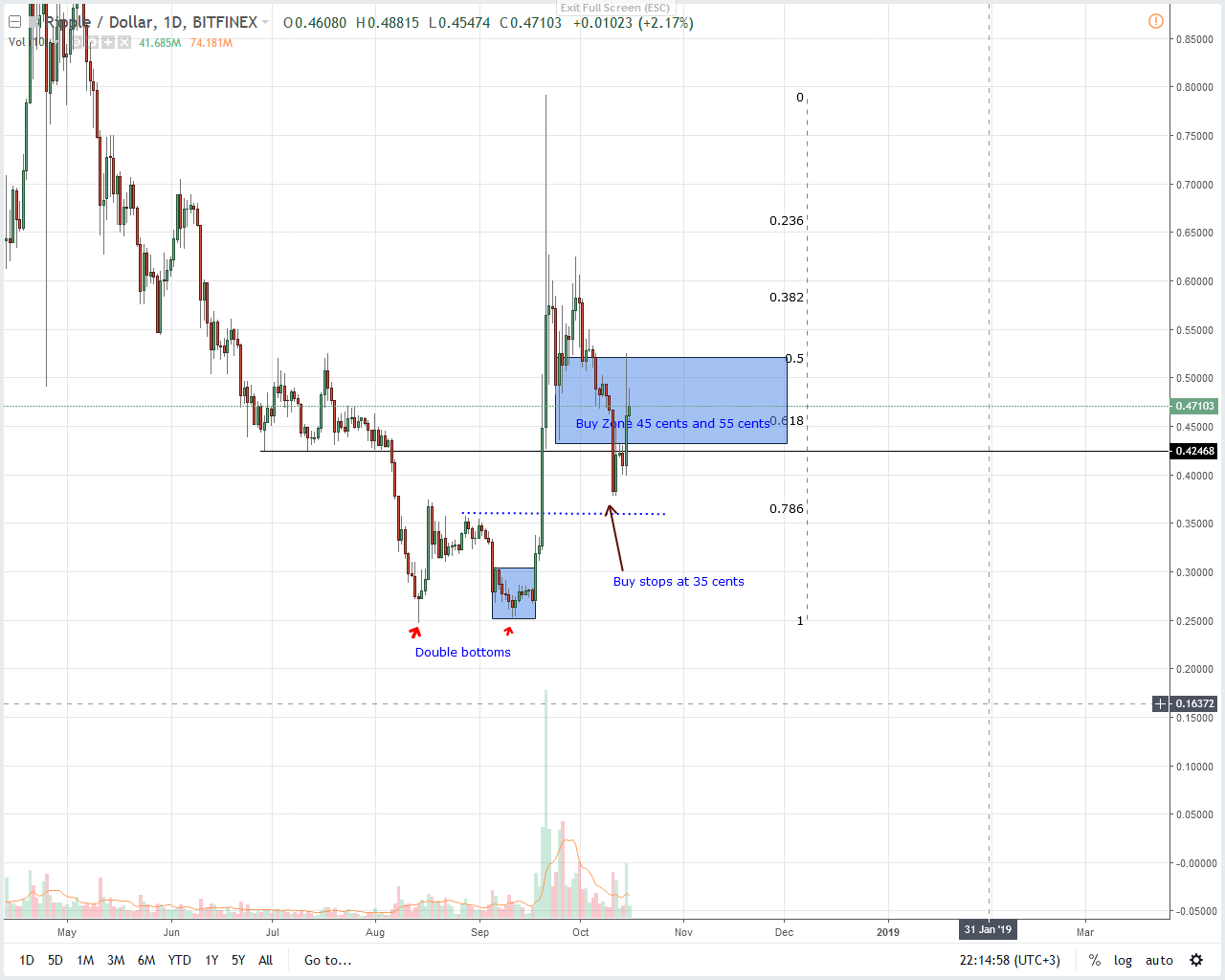 Back to the daily chart and it’s clear that bulls are in control. This is so because Oct 11 losses bulls have been successful in reversing Oct 11 losses. This mostly because of  Oct 15 rejections of prices below 40 cents. If anything, we recommend buying on pull backs in lower time frames. First targets would be at 55 cents, 65 cents and later 80 cents.