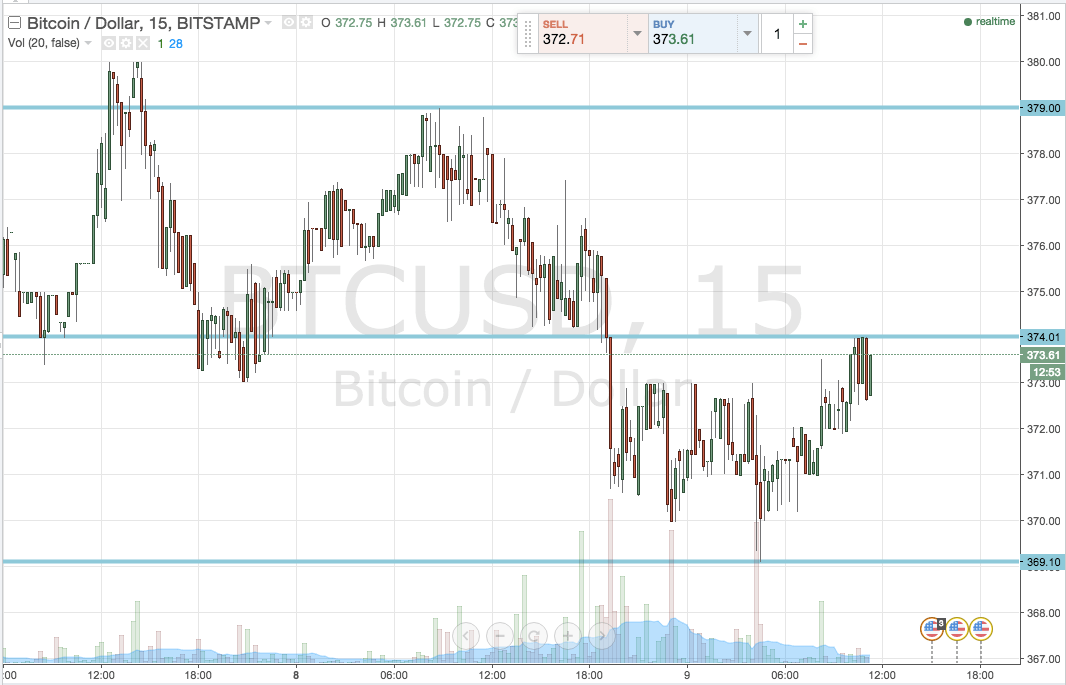 In yesterday’s analysis, we brought both our intrarange and our breakout strategies into play for the first time in a week or so. Action had heated up over the weekend, and we had a range wide enough to play for trades off support and resistance. We also suggested that if we got a break of either of our key levels, we might see a sustained move in the direction of the break. As a result, we slated some pretty aggressive targets: ten dollars and eight dollars to the upside and the downside respectively. As it turned out, we didn’t really see the action we’d hoped for, and somewhat unusually, we are still in a trade that we entered based on yesterday’s action and – as yet – remains incomplete. As a response to this sort of thing (it doesn’t happen too often) we generally say that we aren’t going to enter any fresh positions based on new positions – instead we will hold on to our trade and let it play out – be that a stop hit (which is looking more likely at the moment!) or a take profit. Of course, many readers likely wont be in the trade, or may have exited earlier on altered targets. With this in mind, we’ll outline a strategy for today’s action based on a couple of fresh levels, but stay out of the market ourselves.

So what happened last night? Well, we entered short on a break of support at 373 flat, with an initial downside target of 365 flat. We ran down as far as 369 (just a little shy of) but failed to reach our target and have since reversed to trade at or around the broken in term support. Our stop is at 375 – a couple of dollars north of current action. We’ll see how it plays out.

For today’s traders however, take a quick look at the chart to get an idea of what we’re watching, and which levels define today’s fresh range. It’s the fifteen minute, intraday chart, covering the last twenty-four hours or so.

As the chart shows, today’s range is defined by in term support at 369 flat (overnight lows) and in term resistance at the most recent swing high of 374 flat. These are today’s ones to watch.

We’ve not really got enough room to bring an intraday strategy in to play, so we’ll focus solely on our breakout strategy for today’s session.

If we break through in term resistance, it will signal a long entry (on a close above this level) towards an initial upside target of 379 flat. A stop loss on this one will keep things tight from a risk management perspective.

Looking the other way, and if we see some downside action this afternoon as a continuation of the overnight momentum, a close below in term support on the intraday chart will validate a short side entry, with an initial downside target of 363 flat. Again we need a stop, and somewhere around 371 looks to offer up a positive profile.