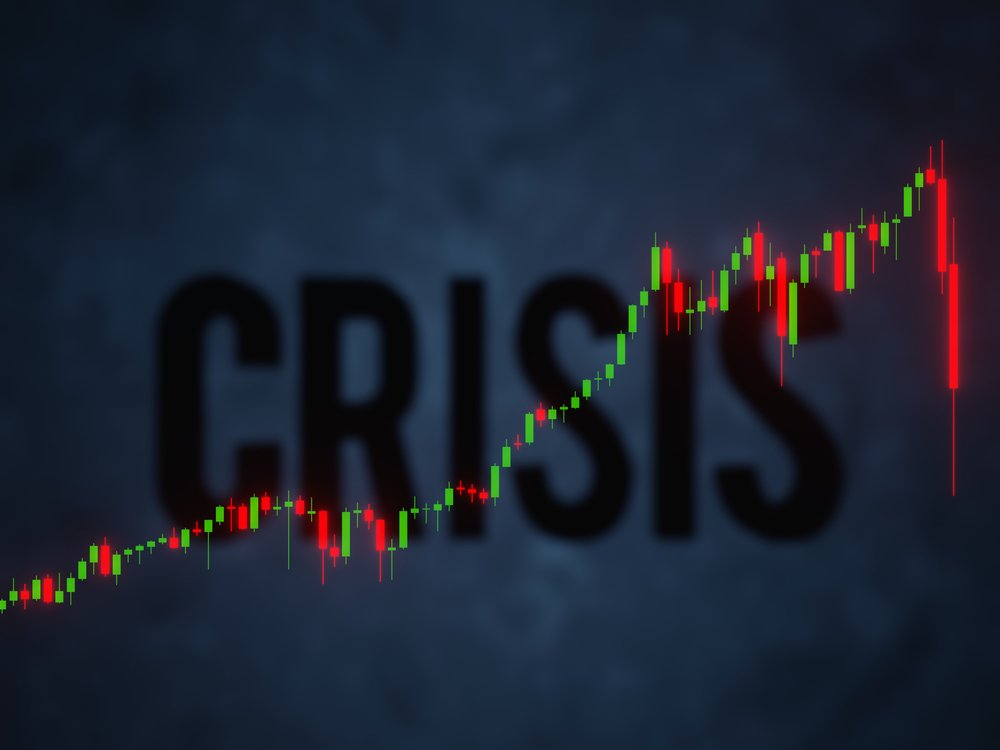 The US stocks benchmark S&P 500 could fall by as much as 40 percent as the Coronavirus pandemic spreads further, according to Scott Minerd of Guggenheim Investments. If the chief investment officer is correct, then crypto tokens like bitcoin could also plunge massively heading further into this year.

The global crypto market lately fell and recovered in tandem with the US stock market. A study conducted by Binance cryptocurrency exchange found that leading token Bitcoin formed a modest positive correlation with the stock market in the first quarter. Excerpts:

“In the first quarter of 2020, the bitcoin price was down by 10 percent, while the S&P 500 displayed a [negated] 19 percent return. Their correlation was relatively high (0.57), which is explained by a similar pattern in daily business day returns.”

The uncanny resemblance in the moves of bitcoin and S&P 500 became sharper against the backdrop of COVID-19. The fast-spreading novel Coronavirus forced businesses to either shut down or go on an overstretched loss-making standby, causing mass layoffs in the US.

Something to keep in mind as joblessness surges, as we debate how aggressively the U.S. should try to get companies to maintain payrolls:

People are incredibly resilient to negative life events, like widowhood. But they are uniquely "un-resilient" to long-term unemployment. pic.twitter.com/FpF3hF1kpO

Still, the US market rebounded, helped by the Federal Reserve’s efforts to stabilize market with additional liquidity. Many believe the crypto market’s 90 percent recovery also took cues from the US central bank’s stimulus program. Additionally, the US Congress’ decision to inject $2 trillion into the economy also led investors to pump both traditional and crypto-assets.

But for Mr. Minerd, the said recovery smell like instability. In his note to investors, the financial expert treated COVID-19 as a major bearish influencer that could drive the markets further downwards in the near future.

He noted that the S&P 500 could dive by 1,500 points, basing his theory on contracting corporate earnings, worsening unemployment data, and dwindling economic growth projection.

“When the markets start to see some of the data on unemployment rising and economic growth and corporate earnings contracting, there will be another level of panic in the market,” Mr. Minerd wrote.

If crypto tokens like bitcoin are to maintain their correlation with stocks, they could also follow them to their year-to-date bottoms.

That is because they are still sitting on better profits than their traditional counterparts. Investors seeking maximum cash liquidity to offset their losses in equities would most likely sell a profitable bitcoin at its top than an underperforming traditional asset.

Veteran investor Raoul Pal believes the crypto market’s correlation with stocks would grow, for investors will use the offbeat assets for liquidity – “the puking of risk assets.”

but hedge funds, family offices and anyone buying bitcoin on margin. Once this phase of the markets is over (which I think comes in the next couple of weeks or so), it should stabilise and begin its rise again, free of excessive longs with just HODLR's remaining in, as ever. pic.twitter.com/OG0u8sCz6w

The sum of all predictions spells troubling times for the crypto market ahead, even though it has attracted about $90 billion since bottoming out in March.

Tags: bitcoincryptocryptocurrencystocks
Tweet123Share221ShareSend
BitStarz Player Lands $2,459,124 Record Win! Could you be next big winner? Win up to $1,000,000 in One Spin at CryptoSlots