A Primer on the Bitcoin Block Size Debate 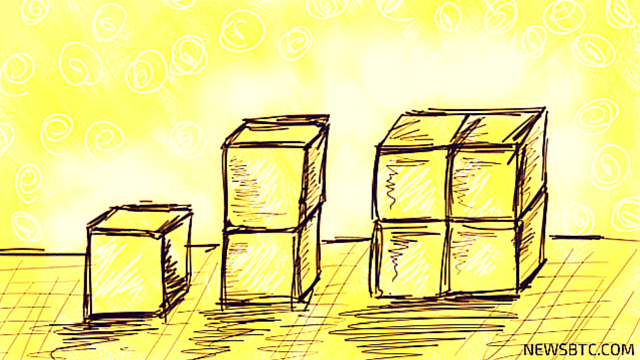 The cryptocurrency community is still divided on the bitcoin block size debate, as many have argued that it’s about time to increase the limit from the current 1MB in order to allow the network to process more transactions at a time.

Leading bitcoin developers Gavin Andressen and Mike Hearn have already created a new version of the bitcoin software called Bitcoin XT in order to force the network to come up with a consensus-based decision by next year, although some say that this isn’t the right approach.

What’s the problem about the current block size?

Simply put, the 1MB cap on the block size means that fewer transactions are confirmed for each block, as miners verify transactions gathered in blocks. With the growing volume of transactions, miners are having difficulties keeping up with the number of entries that need to be processed, causing transaction times to slow down.

Some say that bitcoin creator Satoshi Nakamoto set the 1MB limit initially in order to keep the blockchain small, as previous versions of the software require wallets to download the entire chain every time it is opened. As the upgraded versions catered to web-based wallets with more efficient means of loading the blockchain, some say that Satoshi intended to have this 1MB cap removed.

Aside from debating on whether or not this action might wind up favoring larger bitcoin mining companies since a larger block size would require more resources, the community is also divided on which approach to take. Here are some of the suggestions that have been raised:

With the bitcoin industry poised to take off, the network is likely to find itself in this very similar situation much later on, even when the limit is increased to a certain level. There will be more and more transactions to process, weighing on the capacity of miners and reviving the need to make another cap adjustment. With that, some proposed that the block size limit should be removed completely.

However, some pointed out the risks of potentially centralizing the bitcoin network by doing this. For one, bigger blocks would take longer to process and might lead to a high orphan rate, with more miners focusing on larger blocks and leaving the newer or smaller transactions pending. Aside from that, this might pose a “diminishing block reward” as smaller miners might join more powerful mining pools that can find blocks more often.

2. Set a fixed cap on the block size

This has been one of the earlier solutions proposed, as some suggested the limit should be raised to 8MB while others pushed for a larger cap at 20MB. This is currently being explored under Bitcoin XT, as well as Jeff Garzik’s BIP 102. A more flexible solution proposed by core developer Sergio Lerner was to maintain the block size limit but to have a variable block interval that would allow the network to double the amount of transactions verified while also decreasing processing times.

Andresen has previously proposed a system in which the block size would grow by around 50% each year in his BIP101 prototype. However, this wasn’t adopted by the core development team. Core developer Peter Wuille suggested a slower pace of increase by 17.7% each year starting in 2017, which he included in BIP103.

Another variation of this increasing block size limit idea is to have a dynamic pace of growth each year instead of a preset constant percentage like 50% or 17.7%.

A slightly different approach introduced by Adam Back is to have extension blocks which would still allow the 1MB block size to be maintained but allow users and miners to handle bigger blocks if they wish. This could then lead to the creation of multiple blockchains with the same bitcoin, with the original 1MB blockchain more secure than the larger off chains.

Of course combinations of these proposals are also being studied, with a number of workshops and conferences now focusing on the pros and cons of these approaches. The recently held Scaling Bitcoin conference in Montreal featured the presentation of various academic papers discussing the next steps that could be taken, with the next phase of the conference aiming to delve deeper in the details and analyze the results of prototypes.