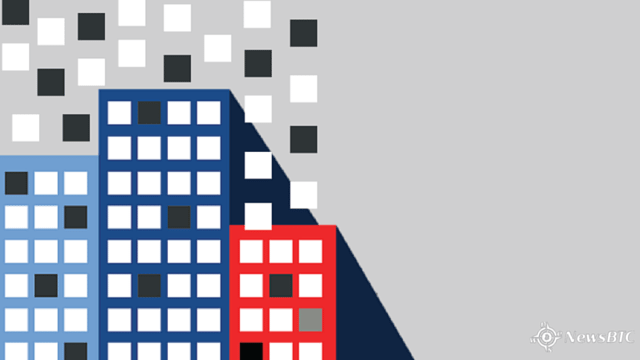 Analysis: Why Blockchain Will Power The Big Banks In 2016

The full potential of Bitcoin’s intrinsic technology – blockchain – had until recently gone largely unrecognized by the entire financial technology industry as well as the established banking giants of North America, the Far East, and Britain for many years.  That was until some of the more avant-garde  -among the usually wood-paneled, traditional institutions  looking to back the ‘next big thing’ – began coming up with gigantic sums of venture capital. This move focused the attention of everyone one Bitcoin’s role in the mainstream.

The giant investments in Bitcoin startups – with no proven track record and engaged in the development of peer-to-peer currency not backed by any central entity whatsoever – was gigantic. In some cases, the term record-breaking became applicable, as in the case of 21Inc, who raised $116 million in funding.

Why the progression from black sheep to massive fintech investment?

The reason for the large investments in Bitcoin technology – and ONLY technology – last year was not because venture capital funds and fintech advocates viewed Bitcoin as a viable currency for the mainstream, but came down to the inseparable Blockchain technology.  The blockchain is a transaction database shared by all nodes that participate in a system based on the Bitcoin protocol.

Hot on the heels of the interest showed by investors in providing Bitcoin technology developers with enough funding to further the cause of Blockchain, came the notion how the blockchain could be used by mainstream financial institutions in many areas of operation.  Examples range from remittances to securities exchanges – and importantly – the full automation of such processes.

Goldman Sachs, Barclays, JPMorgan and UBS are on the Blockchain wagon for 2016

To some people, 2015 was the year of vast investments intending to fan the flames of Blockchain development, and a year in which Bitcoin moved away from its radical, anarchistic roots from which bow-tie-toting mavericks self-styled their approaches toward going firmly up against the traditional financial system and centrally issued currency. That being said, 2016 will be the year in which banks could well adopt Blockchain technology on a wholesale basis, making Bitcoin an integral part of banking operations by default.

Similarly, if 2015 was the year of the establishment of prominent, government-regulated Bitcoin exchanges and infrastructure, 2016 will see this dynamic head into Wall Street, the Square Mile, and Canary Wharf.

In the summer of 2015, Bitcoin exchange CEO Jaron Lukasiewicz – whose Coinsetter Bitcoin exchange in New York was one of the world’s first regulated virtual currency venues –  explained to FinanceFeeds CEO Andrew Saks-McLeod that he could certainly see Blockchain technology heading into banks for the full automation of ledger and similar operational procedures.

He was, indeed, correct, as four giants including Goldman Sachs, UBS, JPMorgan and Barclays, are now adopting the technology for these purposes. These banks are very much au fait with the necessity of furthering their technology as they represent banks that handle the vast majority of interbank FX order flow globally.

UBS has been the most open about its plans to further Blockchain adoption. The company has assembled a team called ‘Crypto 2.0’ which conducts research on the technology from the firm’s head offices in London, and has so far explored more than 20 potential uses of Blockchain in its operations and is currently incubating the best ideas.

In keeping with the Swiss company’s investment banking roots and its fintech/electronic trading ethos, UBS has, among many other experiments, conducted a research exercise that developed ‘smart contracts’ that eventually became ‘smart bonds.’

In this case, Blockchain is used to recreate the issuance of a bond, calculate interest, generate coupon payments and handle the maturation process, all fully automatically.

UBS has stated that there would be no need for pre- and post-trade settlement companies or intermediary firms because the software on the Blockchain has been designed specifically to automate the flow of information and funds between issue and buyer.

During this test, the system created a virtual coin called Bondcoin. This, in turn, facilitated the transfer of value between two parties, using the Bondcoin being linked to real fiat currencies and then connected to a central bank account.

Deutsche Bank’s research has been kept a bit closer to the firm’s metaphorical chest. However, the company has been investigating the idea of operating an innovation lab to investigate how Blockchain can be developed into a mainstay of the firm’s operations.

The company has stated that the adoption of Blockchain would be potentially problematic regarding regulatory and legal rulings but does understand that such technology could prove very disruptive to banks and move the entire efficiency forward.

Deutsche Bank does not see it as something limited to banking, however. A representative stated that Uber, AirBnB, and certain other fintech startups would potentially be under threat from such developments of Blockchain because they are effectively intermediaries using the payment systems within banks.

JPMorgan, while maintaining a degree of silence about the extent of its research on Blockchain technology, has committed $9 billion to technology investment in 2015, with a large focus on Blockchain.

Goldman Sachs views Blockchain as a way of ‘removing the middle man’ and sees it as something that could be applied to voting systems, vehicle registrations, wire fees, gun checks, trade settlements and cataloguing ownership of artworks.

The question is, if this technology becomes a real mainstay, and the banks begin building their topography on it, it may well move into the non-bank institutional FX world also, which begs the question as to where organizations that provide post-trade settlement and risk management such as FIX Trading Community, ICAP’s Traiana and CLS would be left.