Bitcoin cash price is in a bearish trend below $1,000 against the US Dollar. BCH/USD could accelerate declines towards $800 as long as it is below $960. 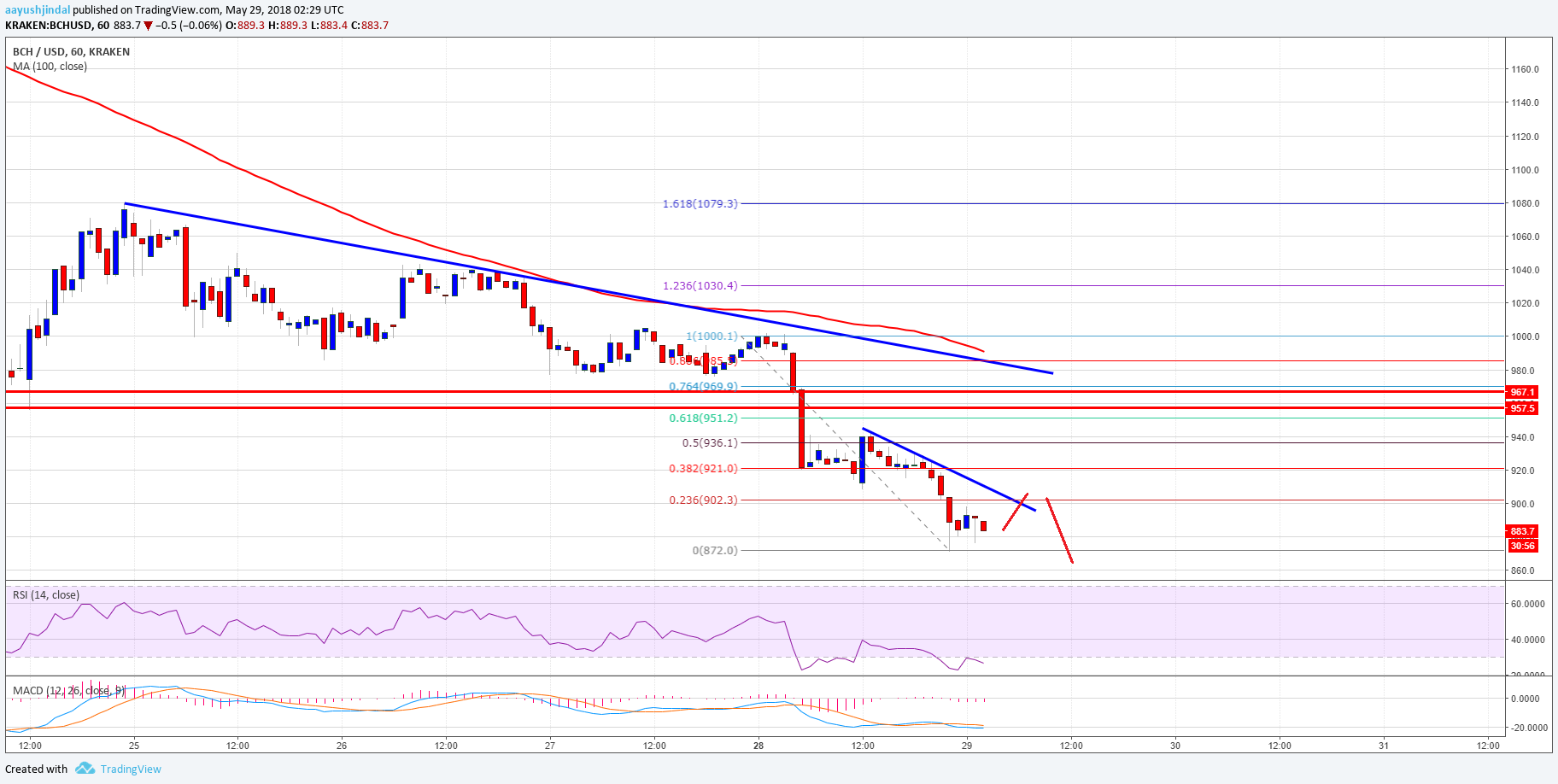 Looking at the chart, the price is clearly in a major downtrend. If sellers remain in control, the price may break soon break the $875 and $850 levels. On the upside, the $960 and $970 levels are important resistances.

Hourly MACD – The MACD for BCH/USD is mostly in the bearish zone.

Hourly RSI (Relative Strength Index) – The RSI for BCH/USD is near the oversold levels.