·         Bitcoin cash price started consolidating losses after trading to the $540 low against the US Dollar.

·         There is a key connecting bearish trend line formed with resistance at $580 on the hourly chart of the BCH/USD pair (data feed from Kraken).

Bitcoin cash price is under pressure below $600 against the US Dollar. BCH/USD may perhaps attempt a recovery if buyers push the price above $580 and 100 SMA.

There were heavy declines noted in bitcoin cash price below the $650 pivot level against the US Dollar. The BCH/USD pair declined below the $600 and $550 support levels and traded to a new low at $540. Later, the price found support and started a minor upward move above $550. It also broke the 23.6% Fib retracement level of the last decline from the $619 high to $540 low.

However, the price is currently struggling to clear the $580 resistance area. There is also key connecting bearish trend line formed with resistance at $580 on the hourly chart of the BCH/USD pair. The same trend line coincides with the 50% Fib retracement level of the last decline from the $619 high to $540 low. More importantly, the 100 hourly simple moving average is positioned near the $580 level. Therefore, it won’t be easy forbuyers to push the price above $580 and the 100 hourly SMA. Above these, the price will most likely recover further above $600 and $610. 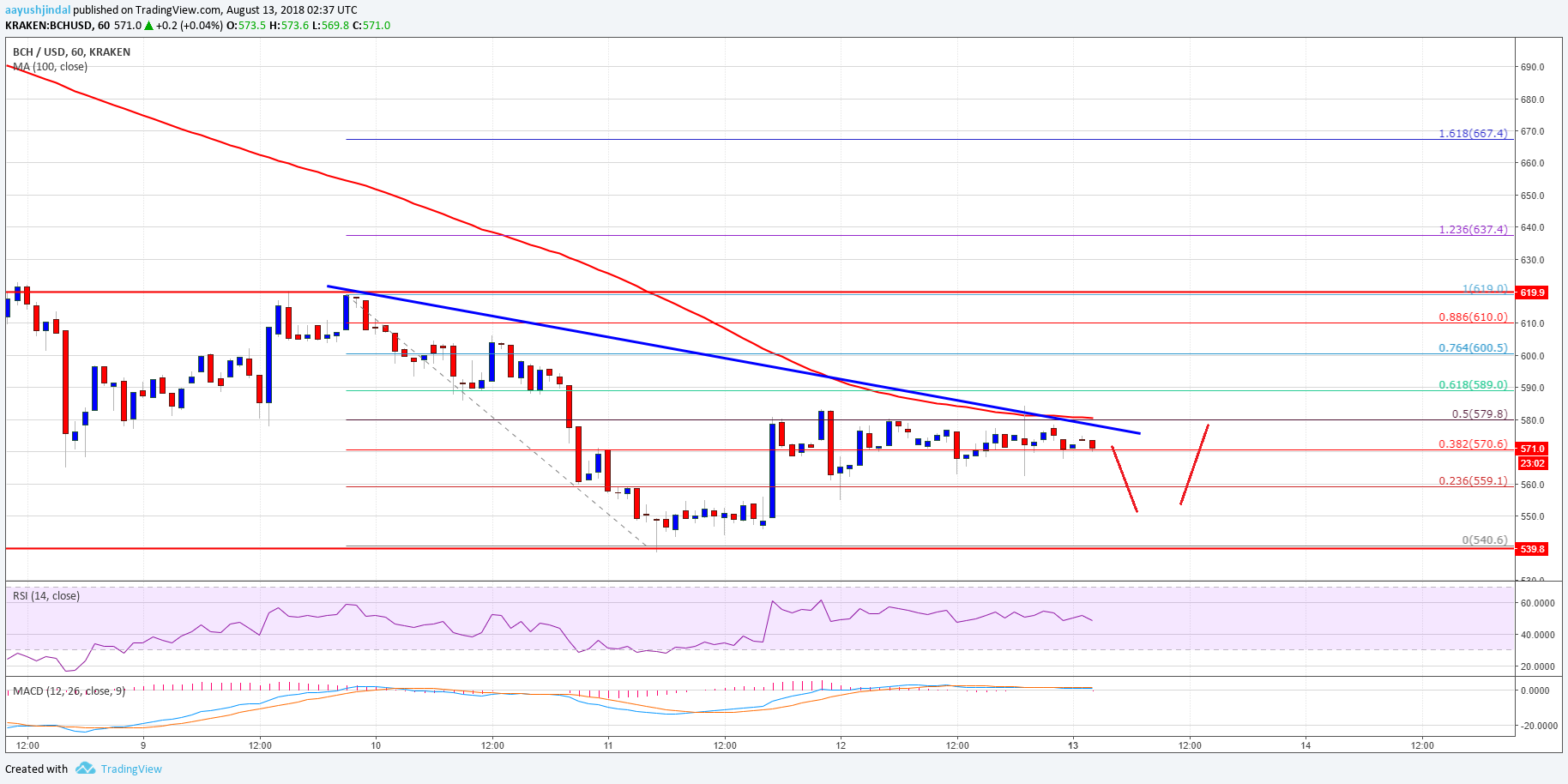 Looking at the chart, BCH price may perhaps decline a few points towards the $550 level, but it remains supported. Going forward, there could be consolidation moves above $550 before the price moves past $580 and $600.