Bitcoin cash price is struggling to move above $710 against the US Dollar. BCH/USD is currently consolidating and it remains at a risk of further declines.

After a major decline below the $700 level, bitcoin cash price found support near $680 against the US Dollar. The BCH/USD pair formed a low near $683 and later it started a minor upside correction. It moved above the $690 level, but it failed to move past the $700-710 resistance. Moreover, the 23.6% Fib retracement level of the last decline from the $780 high to $683 low also acted as a resistance.

It seems like the $700-710 zone is a major resistance and a pivot area. A break above the same is needed for a push towards the next resistance at $720-725. More importantly, yesterday’s highlighted key bearish trend line is intact with current resistance near $720 on the hourly chart of the BCH/USD pair. The trend line now coincides with the 38.2% Fib retracement level of the last decline from the $780 high to $683 low. The next hurdle for buyers is near the $730 level and the 100 hourly simple moving average. 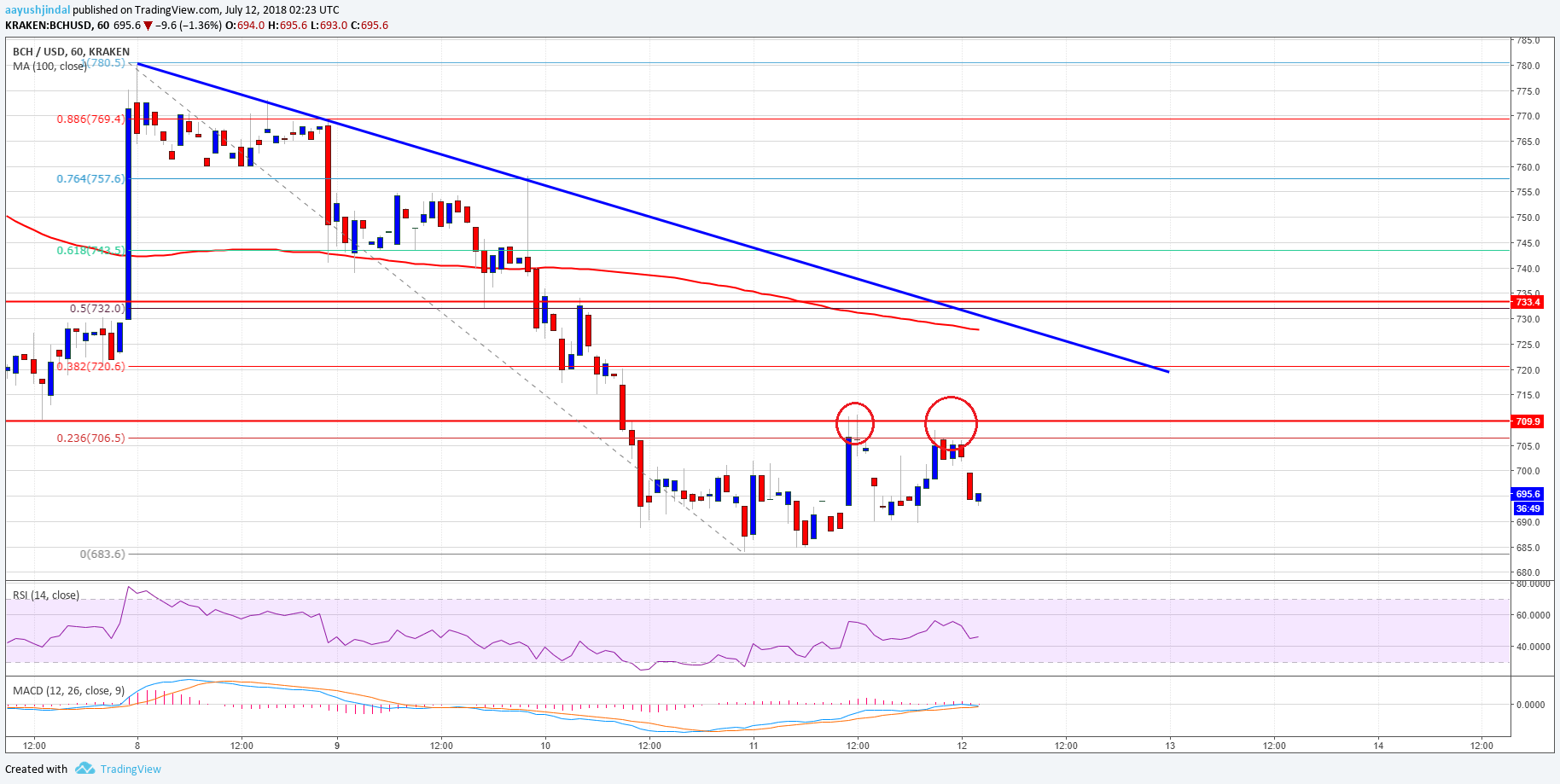 Looking at the chart, there are clearly many hurdles for buyers above $710. Therefore, a major upside recovery towards $750 won’t be easy. On the downside, a break below the $680 support could push the price towards $650.

Hourly RSI (Relative Strength Index) – The RSI for BCH/USD is now back below the 50 level.