Bitcoin cash price extended its downside correction below $740 against the US Dollar. BCH/USD is likely to extend its decline further towards the $700 support.

Sellers took control recently, resulting in a break below $730. There was also a break below a key bullish trend line with support at $740 on the hourly chart of the BCH/USD pair. The pair is now trading well below the $750 level and the 100 hourly simple moving average. An immediate support is around the 76.4% Fib retracement level of the last leg from the $698 low to $780 high at $717. Below this, the price is likely to extend losses towards the last swing low and support at $700. 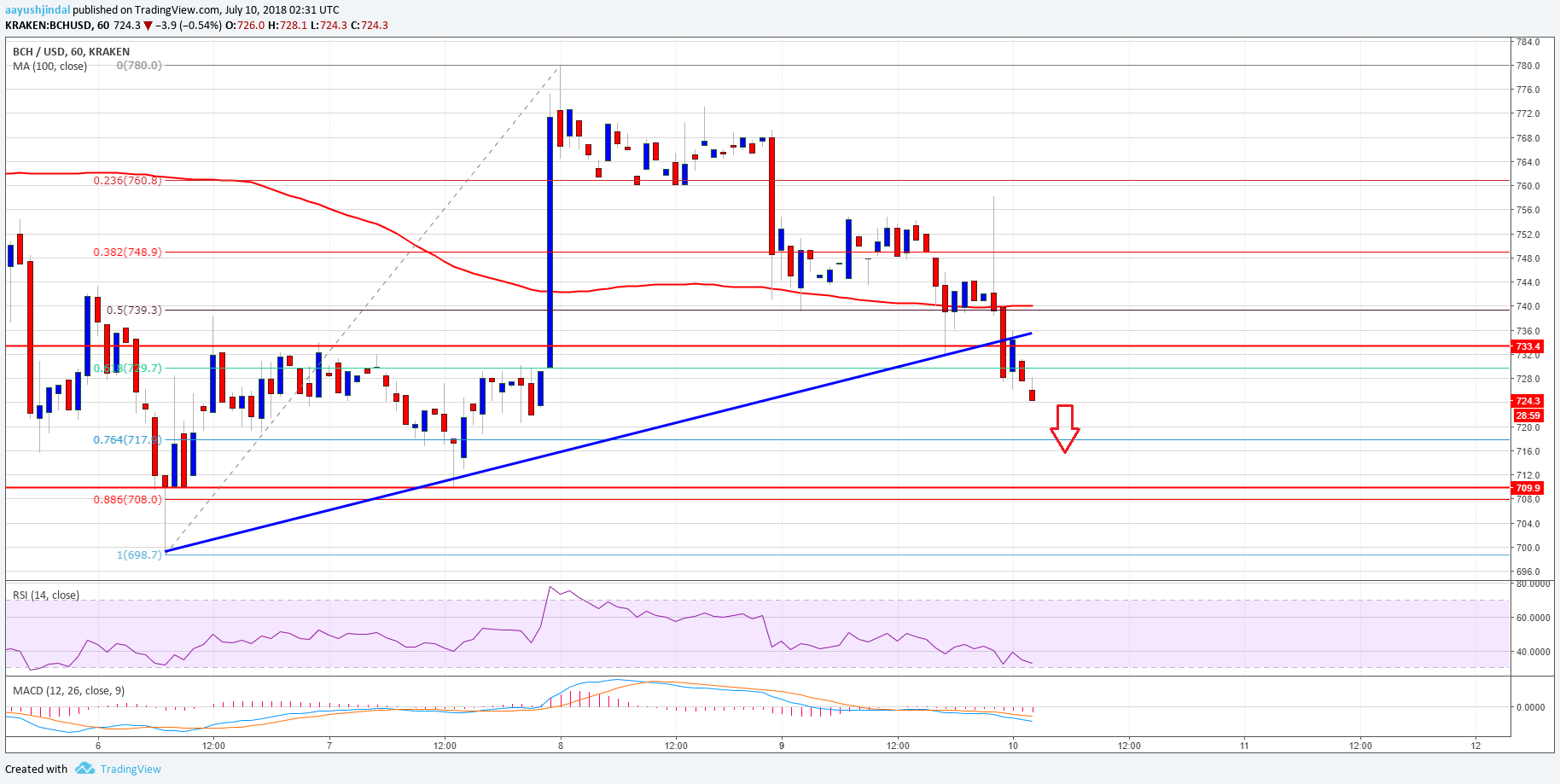 Looking at the chart, the price is showing a few bearish signs below $750, $740 and the 100 hourly SMA. If there is an upside correction, buyers could struggle to break the $740 and $750 resistance levels in the near term.

Hourly RSI (Relative Strength Index) – The RSI for BCH/USD is now moving into the oversold levels.