Bitcoin cash price is slowly recovering above $750 against the US Dollar. BCH/USD could face a strong resistance above the $780 level at $800.

Yesterday, there was a sharp downside move below the $760 support in bitcoin cash price against the US Dollar. The BCH/USD pair even traded below the $750 level and settled below the 100 hourly simple moving average. It traded as low as $735 and later started an upside correction. The price moved above the 23.6% Fib retracement level of the last decline from the $840 high to $735 low.

Moreover, there was a break above a connecting bearish trend line with resistance at $765 on the hourly chart of BCH/USD. It seems like the pair may perhaps correct further above the $770 and $780 levels. However, there is a crucial barrier for buyers near the $800 level. More importantly, this week’s followed important bearish trend line with resistance at $800 is intact on the hourly chart of the BCH/USD pair. The 100 hourly SMA is also positioned near the $800 level. An intermediate resistance is at $$785 and the 50% Fib retracement level of the last decline from the $840 high to $735 low. 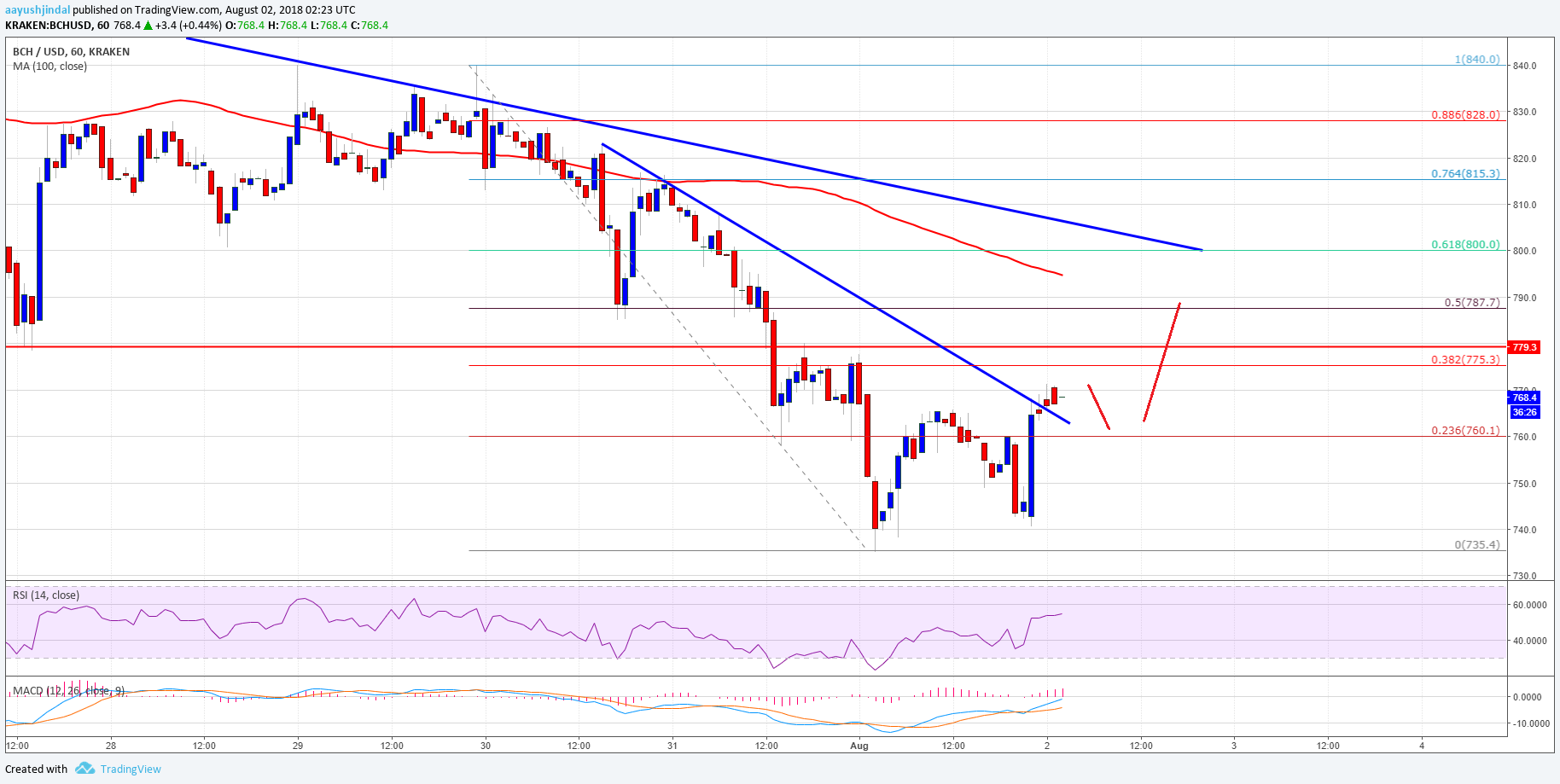 Looking at the chart, the price is showing a few positive signs above the $750 level. Having said that a proper break above the $800 resistance is needed for a larger recovery.