Bitcoin cash price remains supported above $800 against the US Dollar. BCH/USD is about to make the next move either above $830 or below $800.

Yesterday, we saw a minor downward correction from the $890 high in bitcoin cash price against the US Dollar. The BCH/USD pair declined below the $850 and $840 support levels, and tested the $800 area. Buyers appeared near the $800 level and the 100 hourly simple moving average. The price moved a few points higher and traded above the 23.6% Fib retracement level of the last decline from the $890 high to $805 swing low.

However, the upside move was protected by the $840-850 resistance area. Moreover, the 50% Fib retracement level of the last decline from the $890 high to $805 swing low also acted as a resistance. The pair declined once again and retested the $805 support area and the 100 hourly SMA. At the moment, the price is consolidating above $800-805 and is preparing for the next move. It seems like there is a contracting triangle forming with support near $805 on the hourly chart of the BCH/USD pair. 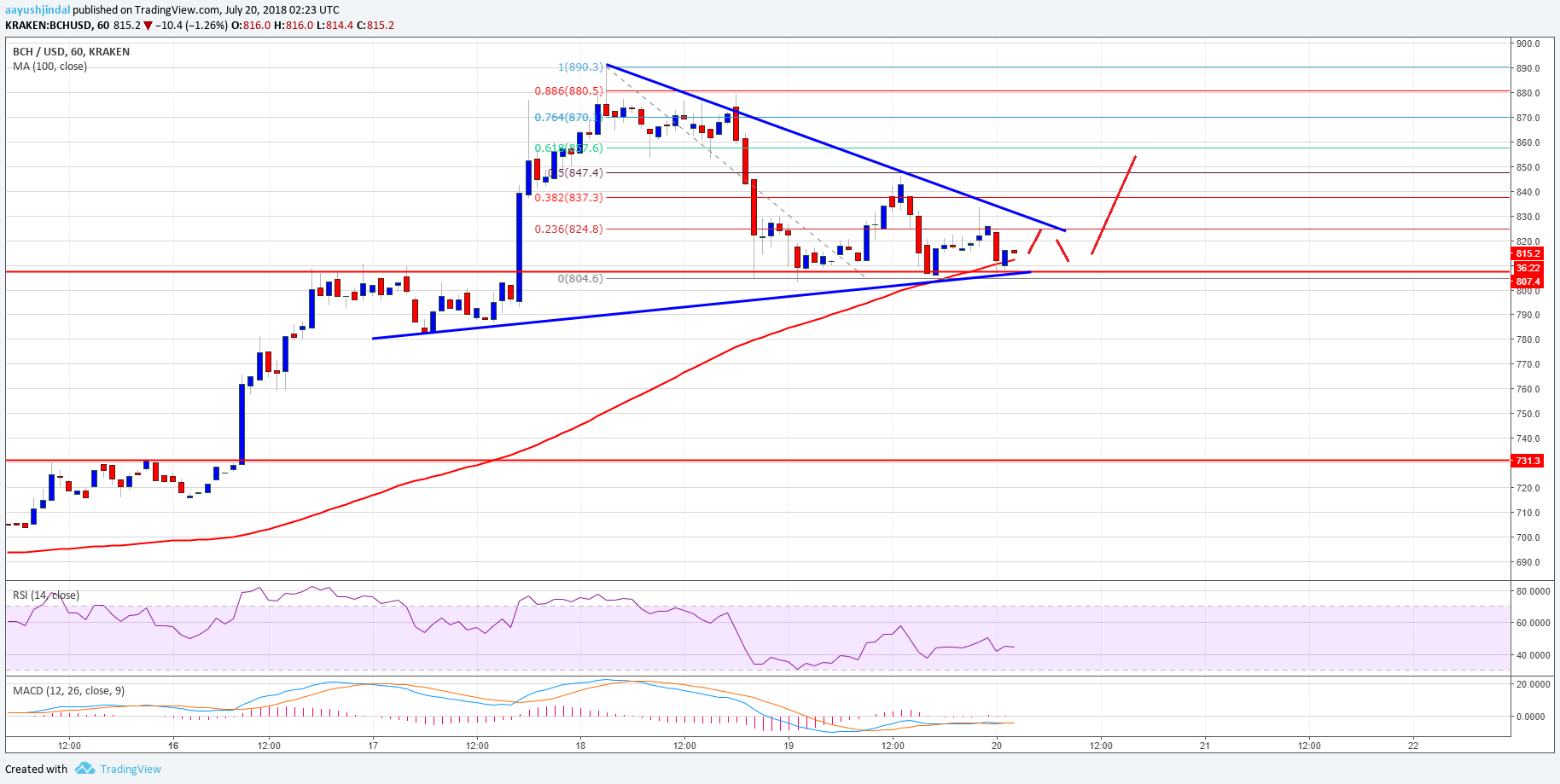 Looking at the chart, the price could make an upside move above the $830 resistance as long as it is above $800 and the 100 hourly SMA. On the flip side, a downside break below $800 may perhaps push the price back towards $750.

Hourly MACD – The MACD for BCH/USD is flat near the bearish zone.

Hourly RSI (Relative Strength Index) – The RSI for BCH/USD is currently moving below the 50 level.