Bitcoin cash price is surging higher against the US Dollar. BCH/USD is primed to extend gains above the $880 level in the near term.

There was a strong buying interest emerged around the $770 level in bitcoin cash price against the US Dollar. The BCH/USD pair started an upward move and jumped above the $800 resistance. The move was strong as the price settled above the $825 resistance and the 100 hourly simple moving average. Later, BCH buyers got into action and pushed the price above the $840 and $850 resistance levels. 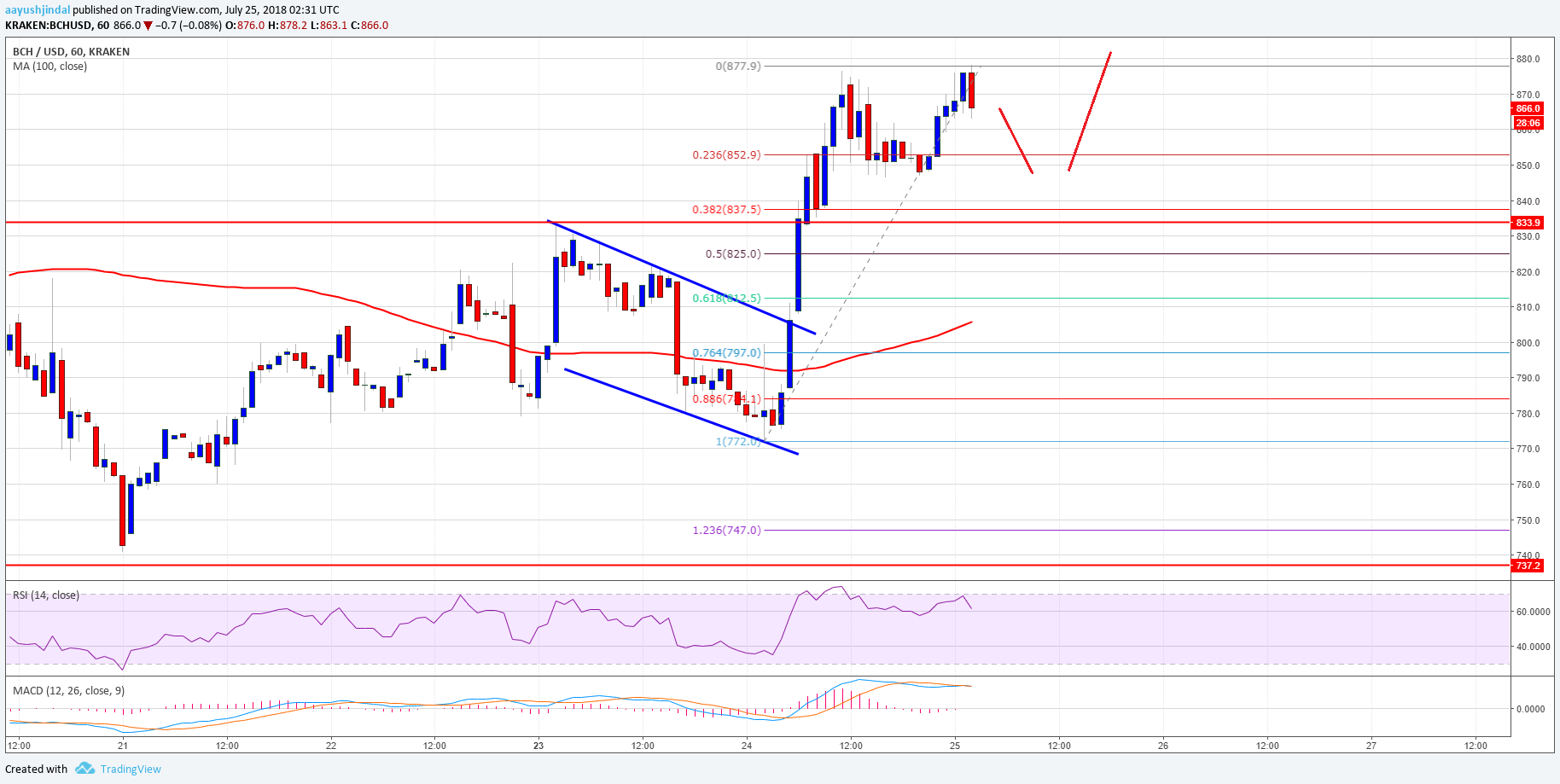 Looking at the chart, the price is clearly in an uptrend above the $850 level. A push above the $877 high will most likely open the doors for more gains above the $880 level. The next hurdles for buyers are near the $890 and $900 levels.

Hourly MACD – The MACD for BCH/USD is showing positive signs in the bullish zone.

Hourly RSI (Relative Strength Index) – The RSI for BCH/USD is now well above the 55 level.