Bitcoin cash price extended declines below $700 against the US Dollar. BCH/USD is currently correcting higher, but it is facing hurdles near $760.

There was an increase in selling pressure below $800 on bitcoin cash price against the US Dollar. The BCH/USD pair extended declines below the $750 and $700 levels. It traded towards the $650 level and formed a low at $664. Later, the price started an upside correction and moved above the $700 level. However, the price is still way below the $800 handle and the 100 hourly simple moving average. 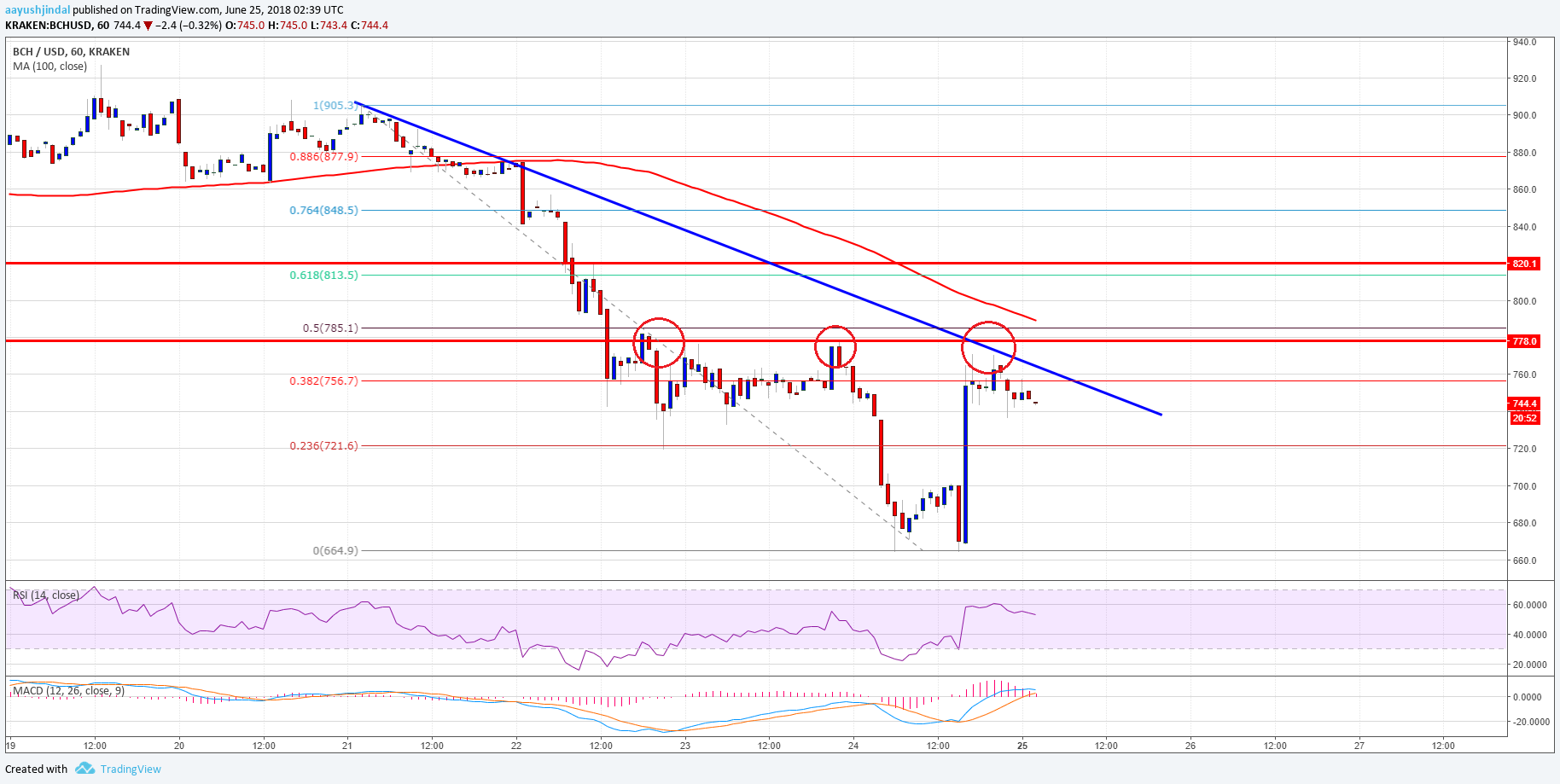 Looking at the chart, the price is struggling to move further higher above $770. As long as the price is below the $800 handle, there is a risk of more losses below $700 in the near term.