Bitcoin cash price is still in a bearish zone below $725 against the US Dollar. BCH/USD recoveries towards the $708-710 zone are likely to face sellers.

Yesterday, there was a minor upside move above the $700 level in bitcoin cash price against the US Dollar. The BCH/USD pair traded above the $710 level, but upsides were capped. It seems like the 100 hourly simple moving average near $716-718 prevented gains. Moreover, the 61.8% Fib retracement level of the drop from the $735 high to $684 low also acted as a resistance.

As a result, the price moved down once again and traded below the $700 support. It even broke the last swing low at $684 and traded to a new low at $680. At the moment, the price is consolidating losses above the $680 level. An initial resistance is near the 50% Fib retracement level of the last decline from the $718 high to $680 low. Moreover, there is a new connecting bearish trend line forming with resistance at $708 on the hourly chart of the BCH/USD pair. Therefore, if the price corrects higher from the current levels, it could face sellers near the $700, $708 and $710 levels. 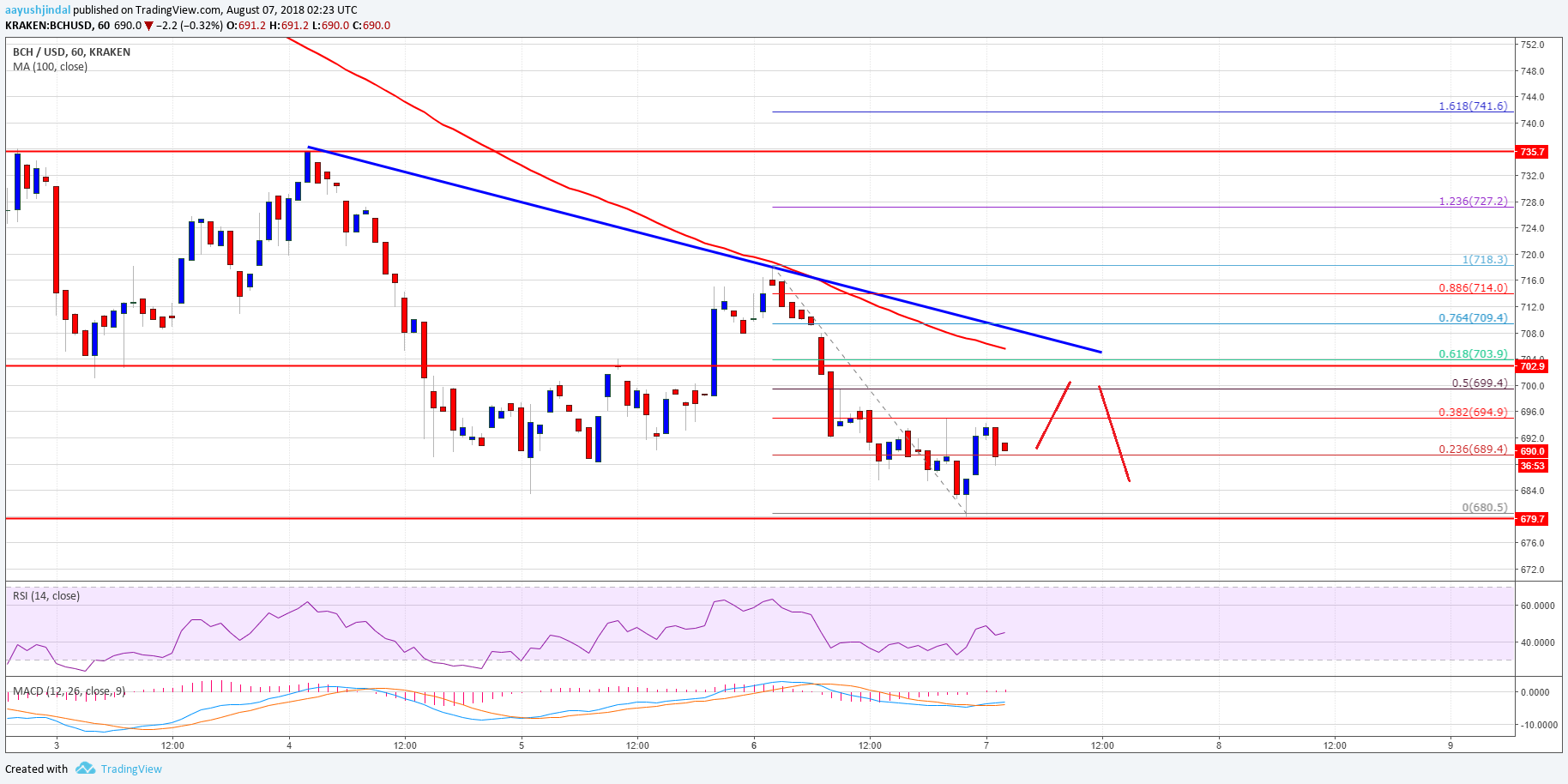 Looking at the chart, BCH price is trading in a bearish zone below $710 and the 100 hourly SMA. If sellers push the price below the $680 low, there could be more declines towards $650.

Hourly RSI (Relative Strength Index) – The RSI for BCH/USD is just above the 40 level.