Bitcoin cash price is slowly recovering above $680 against the US Dollar. BCH/USD has to break the 100 SMA to start a decent upside move.

There were further declines in bitcoin cash price below the $680 swing low against the US Dollar. The BCH/USD pair broke the $683 low and traded below the $675 level. It traded close to the $660 level and formed a low at $662. Later, there was a decent upward move started and the price moved above the $680 level. There was also a break above the 23.6% Fib retracement level of the last drop from the $757 high to $662 low.

However, the price is now approaching a crucial resistance near $720-725. More importantly, this week’s highlighted key bearish trend line is still in place with current resistance near $718 on the hourly chart of the BCH/USD pair. Before the trend line, the 100 hourly simple moving average is positioned near the $710 level. The 50% Fib retracement level of the last drop from the $757 high to $662 low is also below the trend line. Therefore, a proper break above $710 and the 100 SMA is needed for buyers to gain momentum. 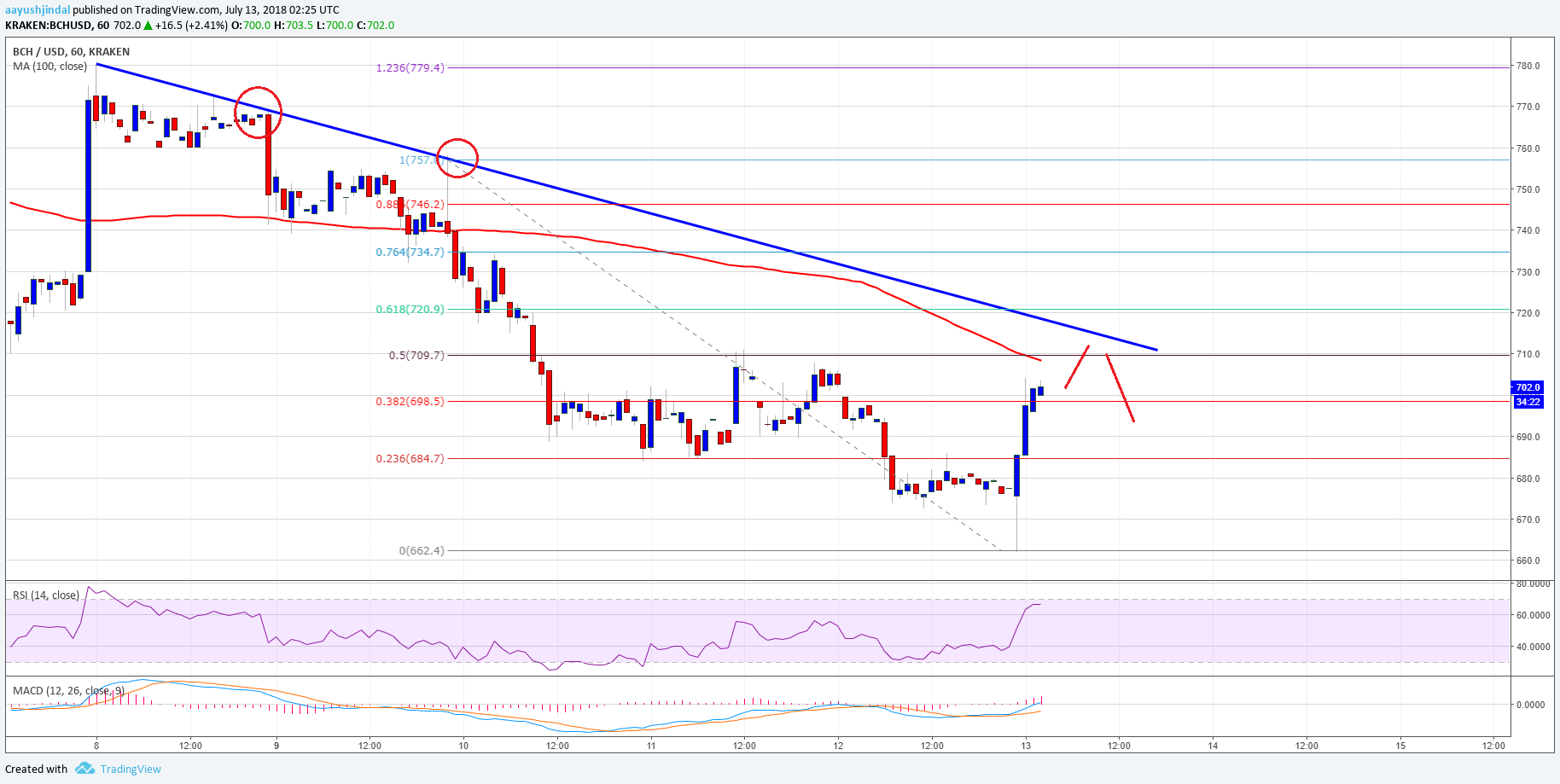 Looking at the chart, the price bounced back sharply from the $662 low. Still, a break above the trend line, $720, and the 100 SMA is must for more gains.