Bitcoin cash price started a downside move after it was rejected from $900 against the US Dollar. BCH/USD must stay above $825 to avoid a bearish break.

There was a recovery initiated in bitcoin cash price from the $799 low against the US Dollar. The price climbed above the $840 and $850 resistance levels to start a recovery. It even traded a few points above the $900 level before sellers appeared. There was no close above the $900 resistance, which resulted in a bearish reaction. BCH price declined sharply and moved below the $850 support area. 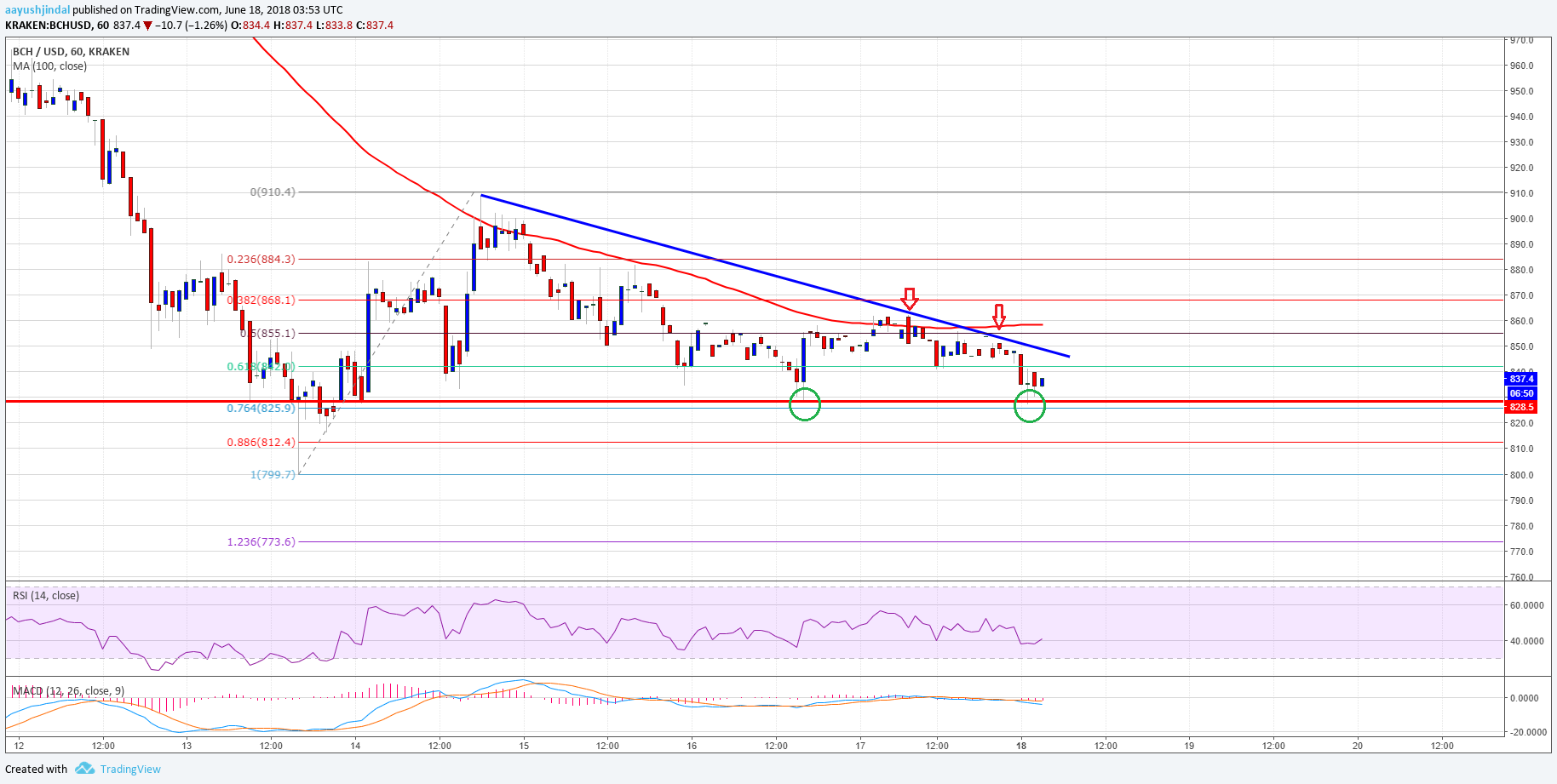 Looking at the chart, the pair is clearly at a risk of a downside break below $825 in the near term.

Hourly MACD – The MACD for BCH/USD is moving in the bearish zone.