Bitcoin cash price corrected sharply lower from $890 against the US Dollar. BCH/USD must stay above the $800 support to avoid further slides.

Yesterday, we saw a major upside move above the $850 resistance in bitcoin cash price against the US Dollar. The BCH/USD pair traded towards the $900 level and a high was formed near $890. Later, the price started a downside correction and broke the $860 and $840 support levels. It even broke the 61.58% Fib retracement level of the last leg from the $780 low to $890 high.

Moreover, this week’s highlighted major bullish trend line was breached with support near $830 on the hourly chart of the BCH/USD pair. The pair is currently testing an important support near the $800 level, which was a resistance earlier. If the price recovers from the $800 support, it could face resistance near the $825 level. It is the 23.6% Fib retracement level of the last decline from the $890 high to $804 low. Above $825, the price will resume it upside move towards the $850 and $860 levels. 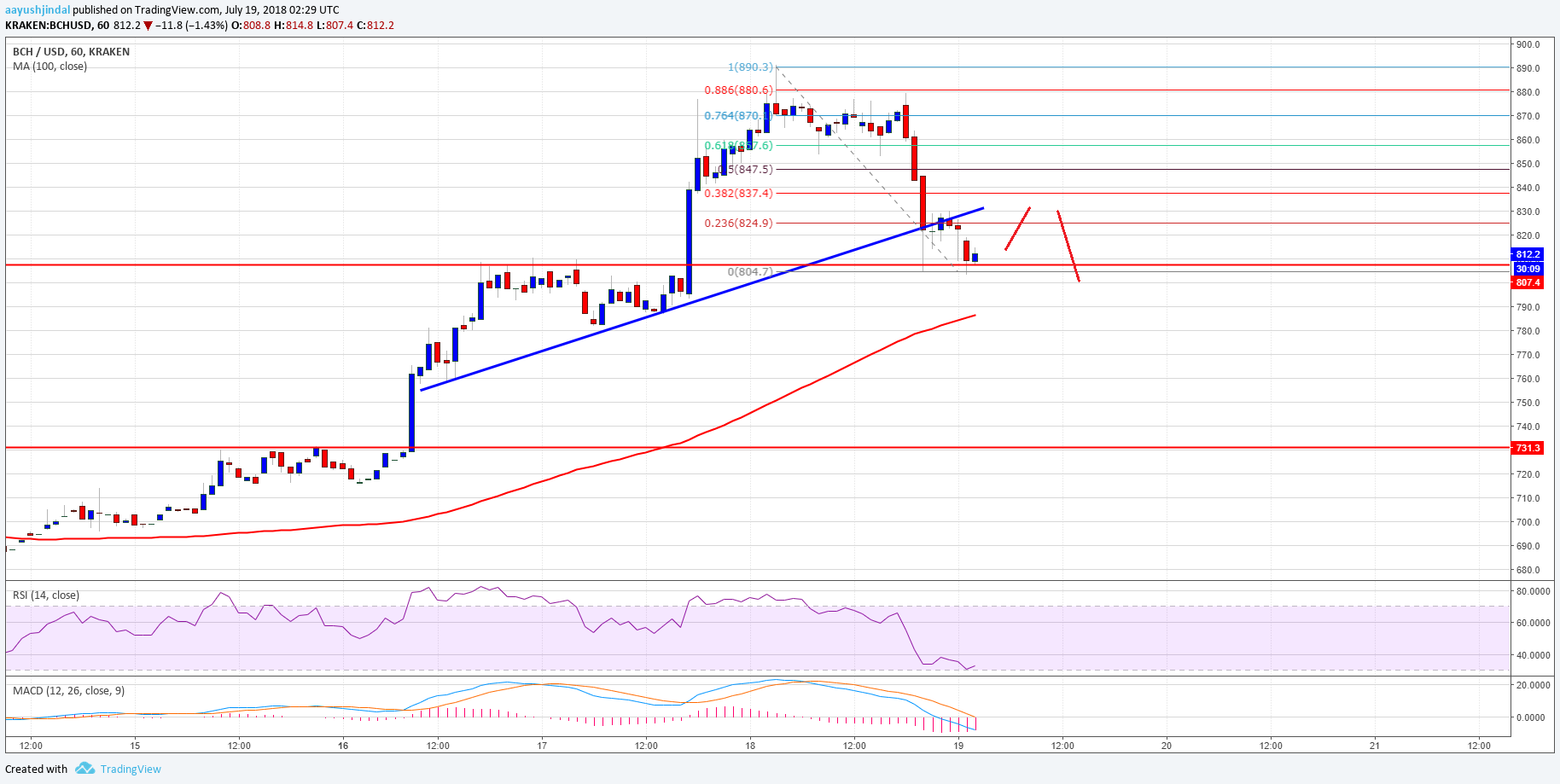 Hourly MACD – The MACD for BCH/USD has moved into the bearish zone.

Hourly RSI (Relative Strength Index) – The RSI for BCH/USD is now well below the 40 level.