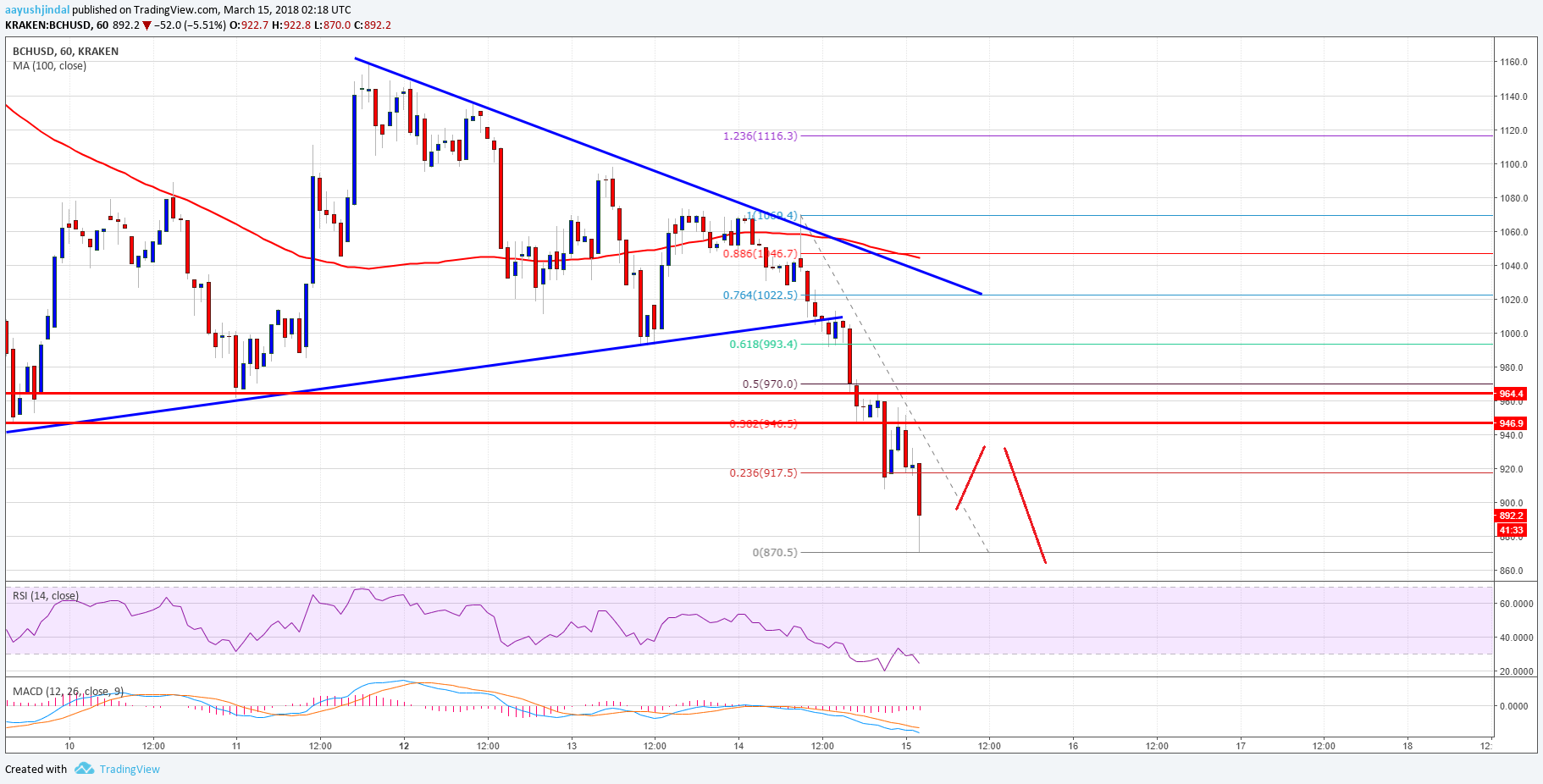 Bitcoin cash price is under a lot of pressure below $1,000 against the US Dollar. BCH/USD is likely to extend declines below the $900 level.

There was a solid rise in selling pressure on bitcoin cash price, which pushed it below $1,000 against the US Dollar. The price declined sharply after it failed to move above the $1,050 level and the 100 hourly simple moving average. Sellers got control and pushed the price below the $950 and $900 support levels, which is a bearish sign in the near term.

Hourly MACD – The MACD for BCH/USD is showing a lot of bearish signs.

Hourly RSI (Relative Strength Index) – The RSI for BCH/USD is now in the oversold levels.