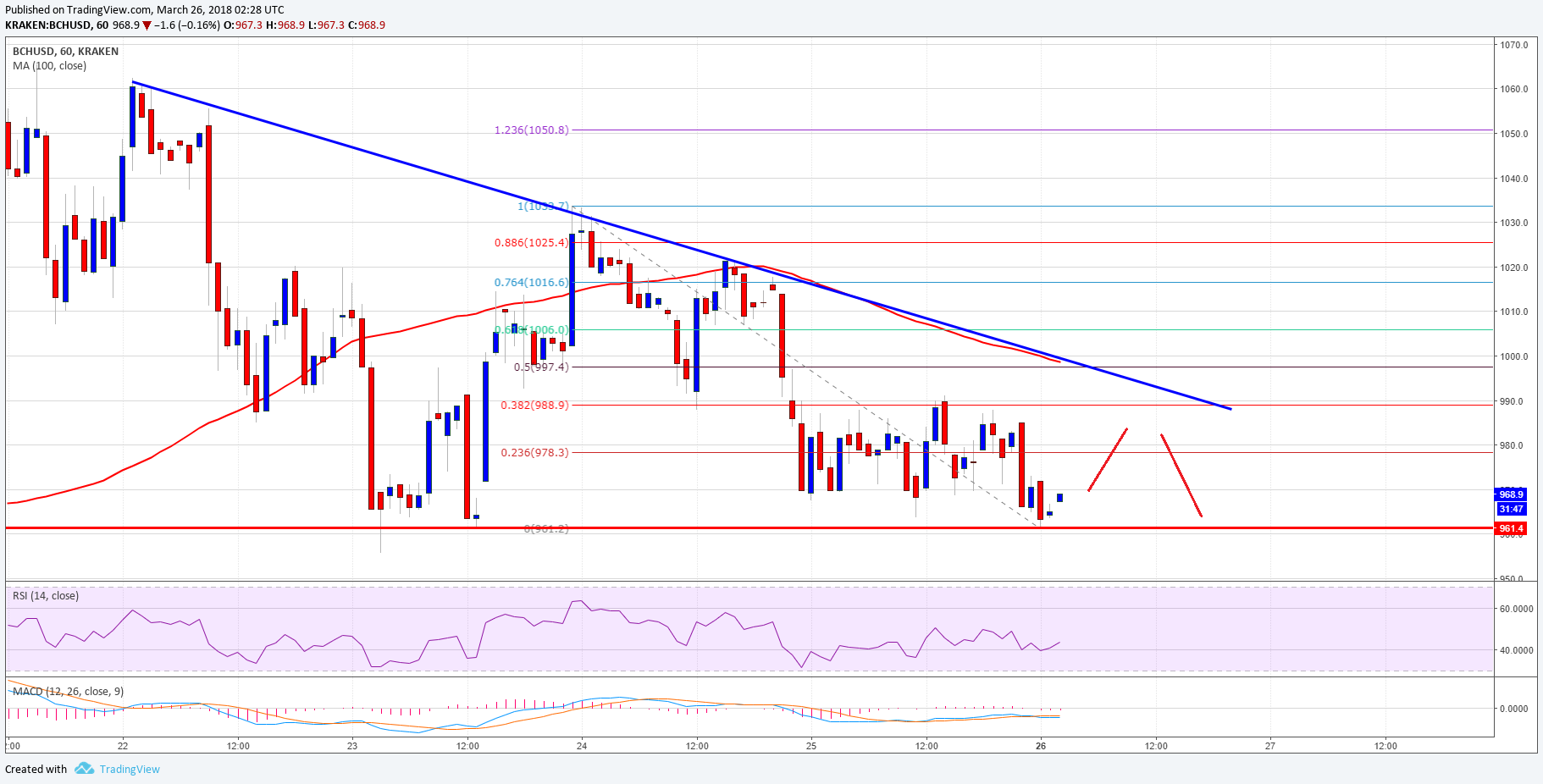 Bitcoin cash price is slowly moving lower against the US Dollar. BCH/USD must stay above the $950-960 support area to avoid further declines.

There was no major relief as bitcoin cash price traded below the $1,040 support level against the US Dollar. The price struggled to move higher and the upside was capped by the $1,080 resistance. There was also a close below the $1,000 level and the 100 hourly simple moving average. However, the price is currently holding a major support area at $950-90.

On the downside, the $950 and $960 support levels are very important. A close below the stated levels could ignite a push towards $900 in the near term.