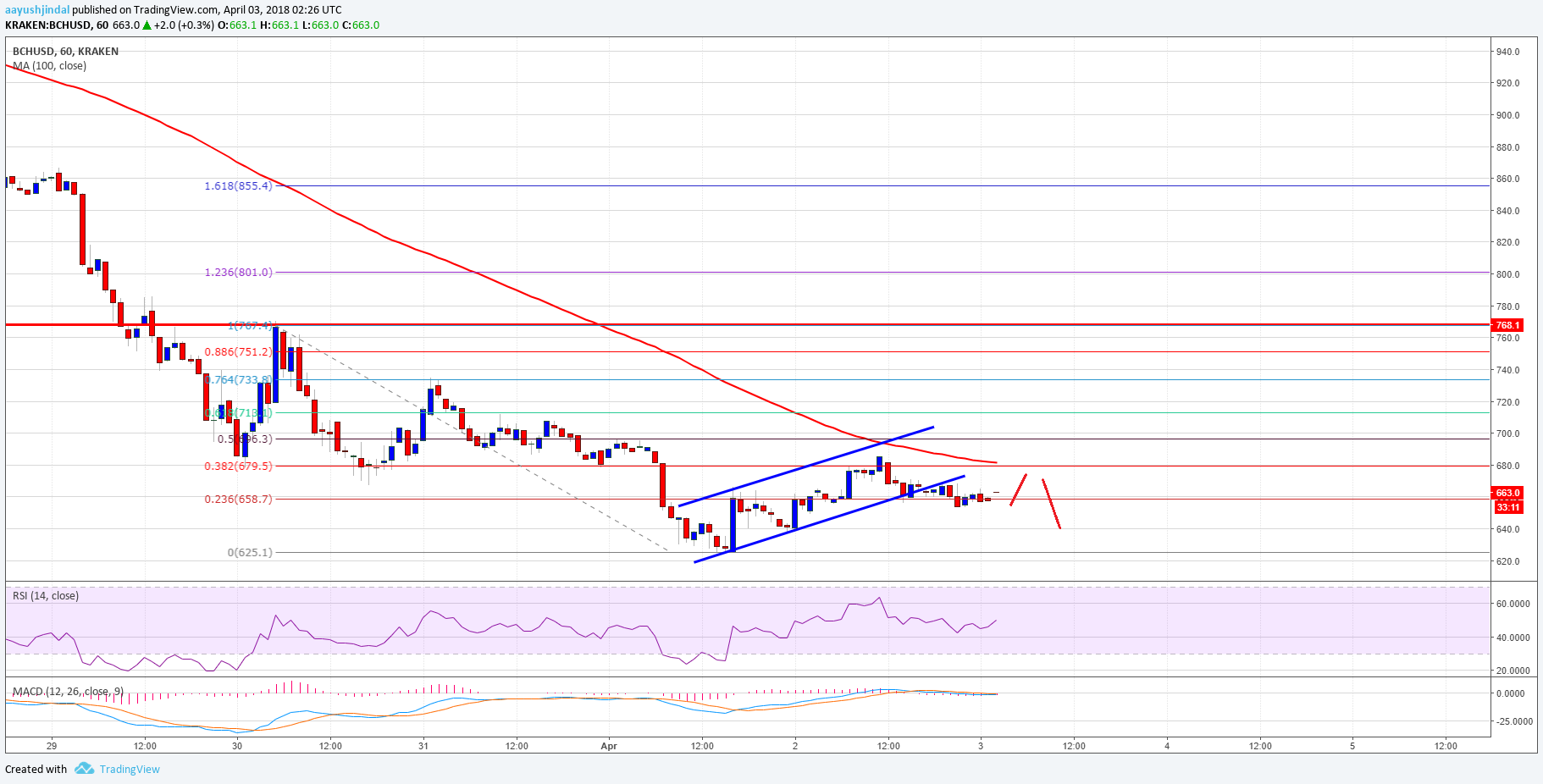 Bitcoin cash price is struggling to move above the $680 level against the US Dollar. BCH/USD is likely to resume its downside below the $660 level.

There was a minor upside correction initiated yesterday from the $625 swing low in bitcoin cash price against the US Dollar. The price moved above the $650 resistance to correct higher. It also broke the 23.6% Fib retracement level of the last decline from the $708 swing high to $625 low. Later, it started following a decent bullish path above the $640 level.

However, the price could not gain momentum above the $680 level and the 100 hourly simple moving average. Moreover, the 38.2% Fib retracement level of the last decline from the $708 swing high to $625 low also acted as a resistance for buyers. As a result, there was a downside reaction below the $670 level. More importantly, there was a break below a short-term ascending channel with support at $665 on the hourly chart of the BCH/USD pair. The pair is now trading well below the $680 resistance and it remains at a risk of more losses.

Hourly MACD – The MACD for BCH/USD is moving back in the bearish zone.