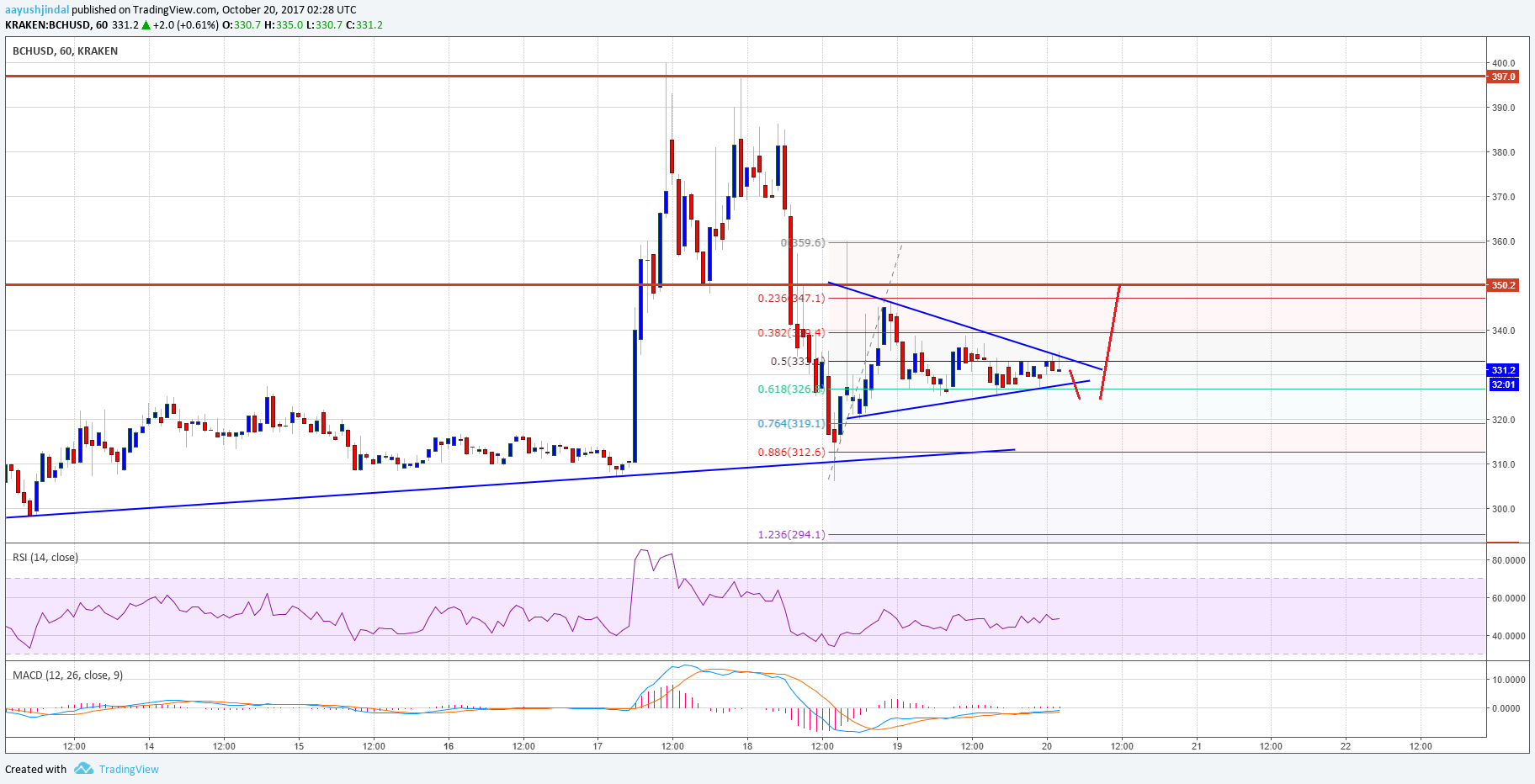 Bitcoin cash price is moving in a range above $320 against the US Dollar. BCH/USD needs to gain pace above $335 to avoid near-term declines.

Yesterday, we saw how after a sharp decline Bitcoin cash price held the $310-300 support area against the US Dollar. The price recovered above $330, but failed to move above the 50% Fib retracement level of the last drop from the $401 high to $305 low. The upside move was limited and the price started trading in a range below the $350 level. Later, it could make a small dip towards $320-315 before starting a new upside wave. On the downside, there is a major support forming near $310-300. A break below $300 won’t be easy and the price is likely to trade higher in the near term. On the upside, the $340-350 resistance zone holds the key for more gains.

Hourly MACD – The MACD for BCH/USD is mostly flat.

Hourly RSI (Relative Strength Index) – The RSI for BCH/USD is currently directionless below the 50 level.