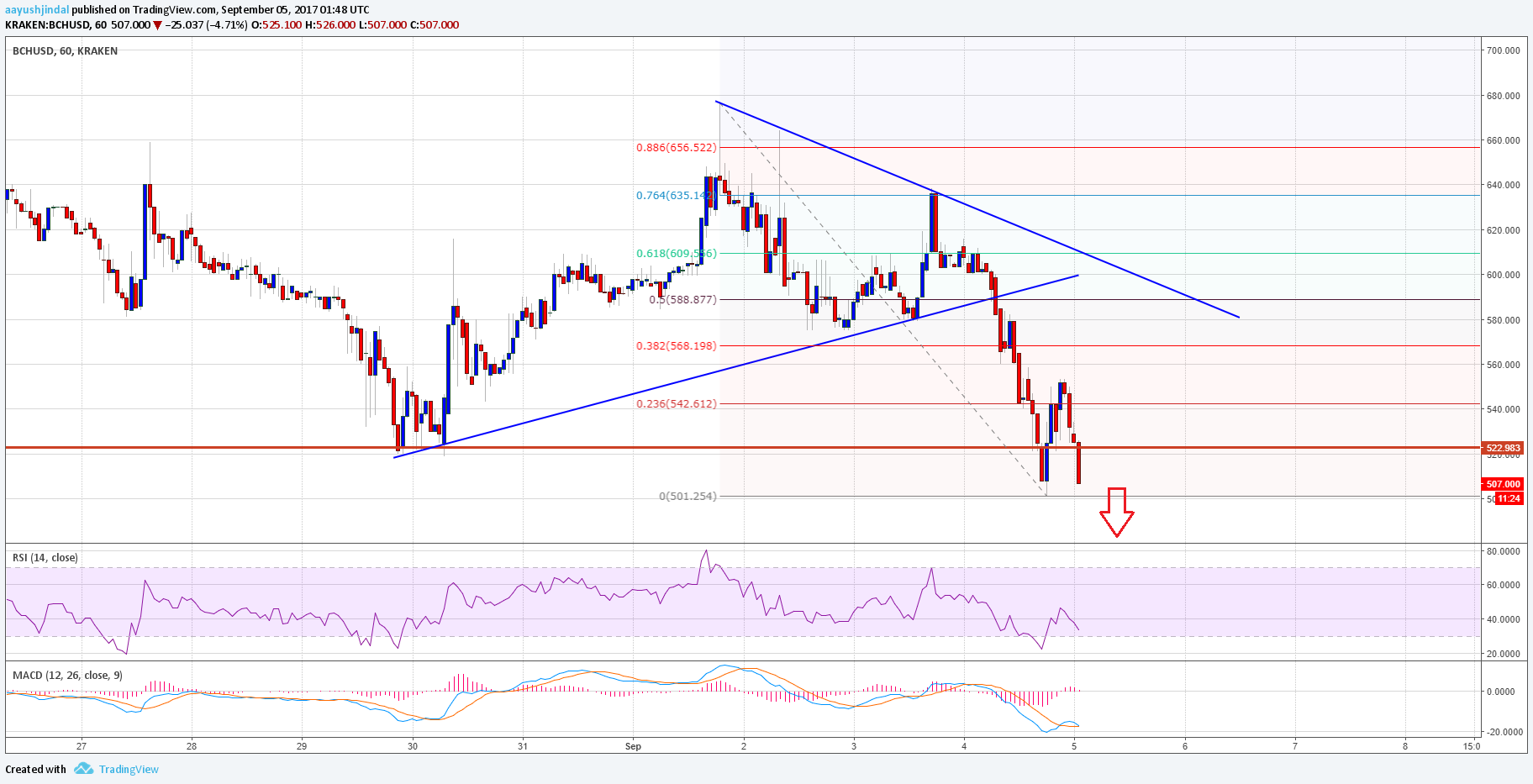 Bitcoin cash price tumbled along BTC against the US Dollar. BCH/USD is now attempting a break below a major support of $500.

Yesterday, due to Chinese Ban on ICOs all cryptocurrencies faced heavy selling pressure, including Bitcoin cash price against the US Dollar. The price was looking to trade higher, but after the news, there was a sharp decline below the $600 level. There was a failure to break the 61.8% Fib retracement level of the last drop from the $680 high to $575 low. The downside move was such that buyers failed to protect a major support area near $560.

During the downside move, yesterdays highlighted a contracting triangle pattern with support at $580 on the hourly chart of BCH/USD was also cleared. It has opened the doors for more losses. Recently, the price traded as low as $501.00 and recovered. However, sellers appeared near the 23.6% Fib retracement level of the decline from the $680 high to $501 low. It seems like the price has completed a correction at $550 and likely to resume its downside. Hourly MACD – The MACD for BCH/USD is struggling to recover from the recent bearish momentum.

Hourly RSI (Relative Strength Index) – The RSI is moving south and remains in the bearish zone.