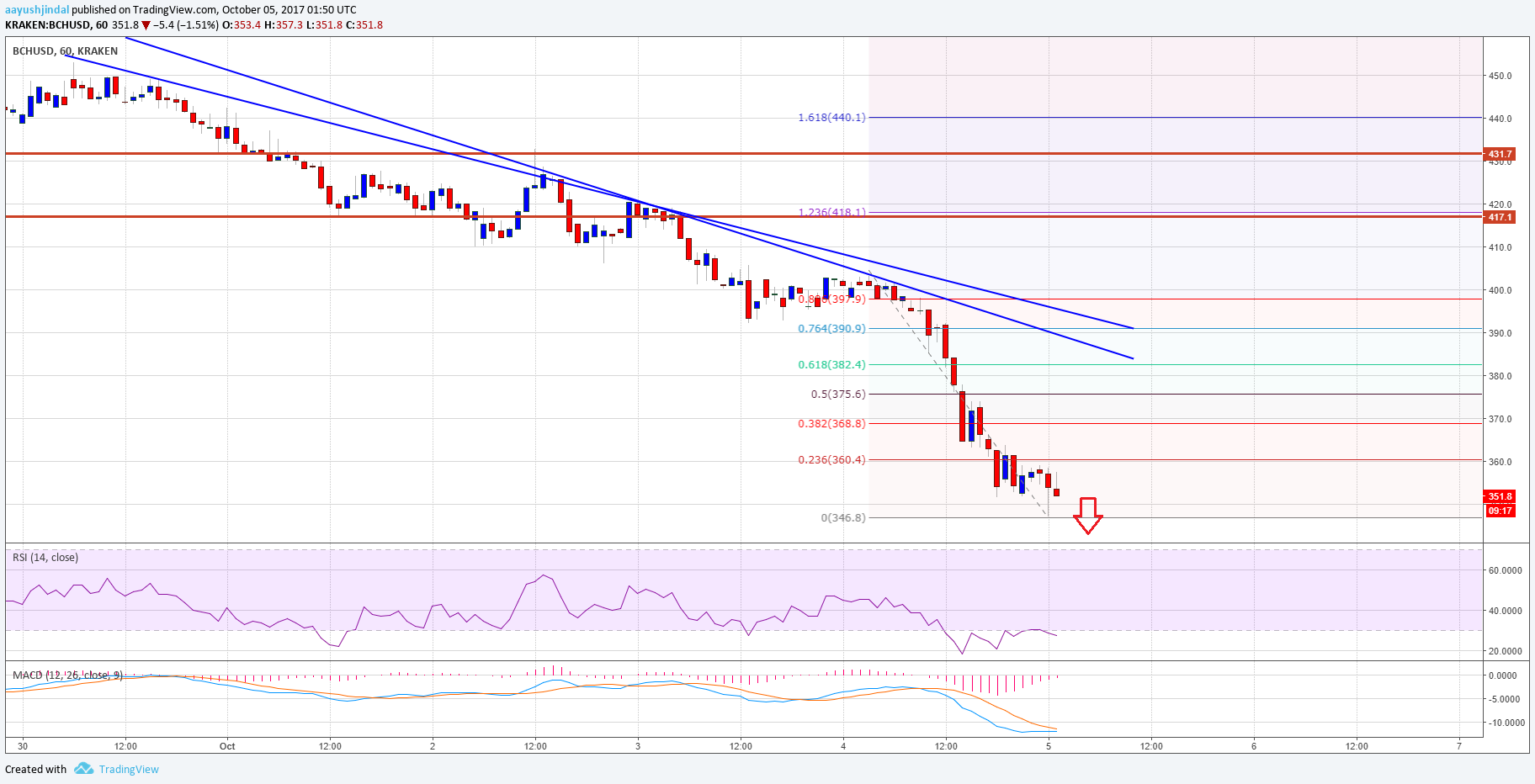 Bitcoin cash price fell sharply below $400 against the US Dollar. BCH/USD is about to decline further and it could soon break $340.

There were further declines in Bitcoin cash price as it failed to stay above the $400 support against the US Dollar. The price broke yesterday’s low of $392 and was even able to clear the $380 support. There was a sharp selloff and the price declined below the $350 level. A low was formed at $346.8 from where the price is currently attempting a tiny recovery. There are high chances of it breaking the recent low of $346. The next major support is around the $320 level where buyers might emerge.

Hourly MACD – The MACD for BCH/USD is currently recovering, but likely to stay in the bearish zone.

Hourly RSI (Relative Strength Index) – The RSI for BCH/USD is well into the oversold levels.