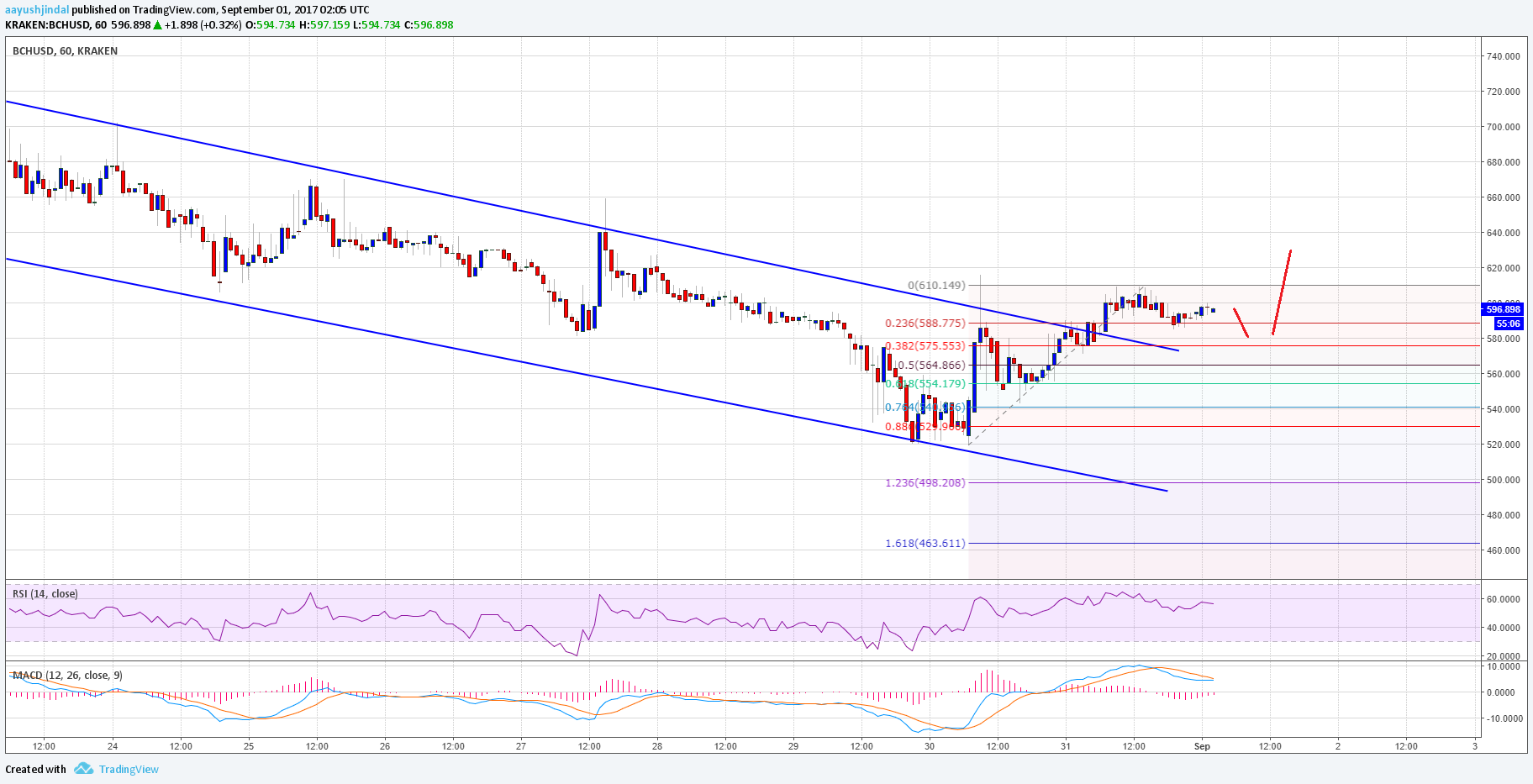 Bitcoin cash price made a nice upside move above $580 against the US Dollar. BCH/USD is now back in the bullish zone and could trade above $620.

This week we followed a bearish path below $650 in in Bitcoin cash price against the US Dollar. Yesterday’s I mentioned that there is a chance that BCH could finally break the $550-580 resistance to trade higher. It finally made a nice upside move and traded above $580 to register decent gains. The upside move was such that the price climbed above the 50% Fib retracement level of the last decline from the $665 high to $520 low. It opened the doors for more gains and the price traded above $580.

The most important break was above this week’s long followed descending channel pattern with major resistance near $575 on the hourly chart of BCH/USD. The price traded as high as $610.14 and currently consolidating gains. If the current momentum stays, there is a chance of it breaking $610 for a move towards $640. Hourly RSI (Relative Strength Index) – The RSI is in the bullish zone near the 60 level.