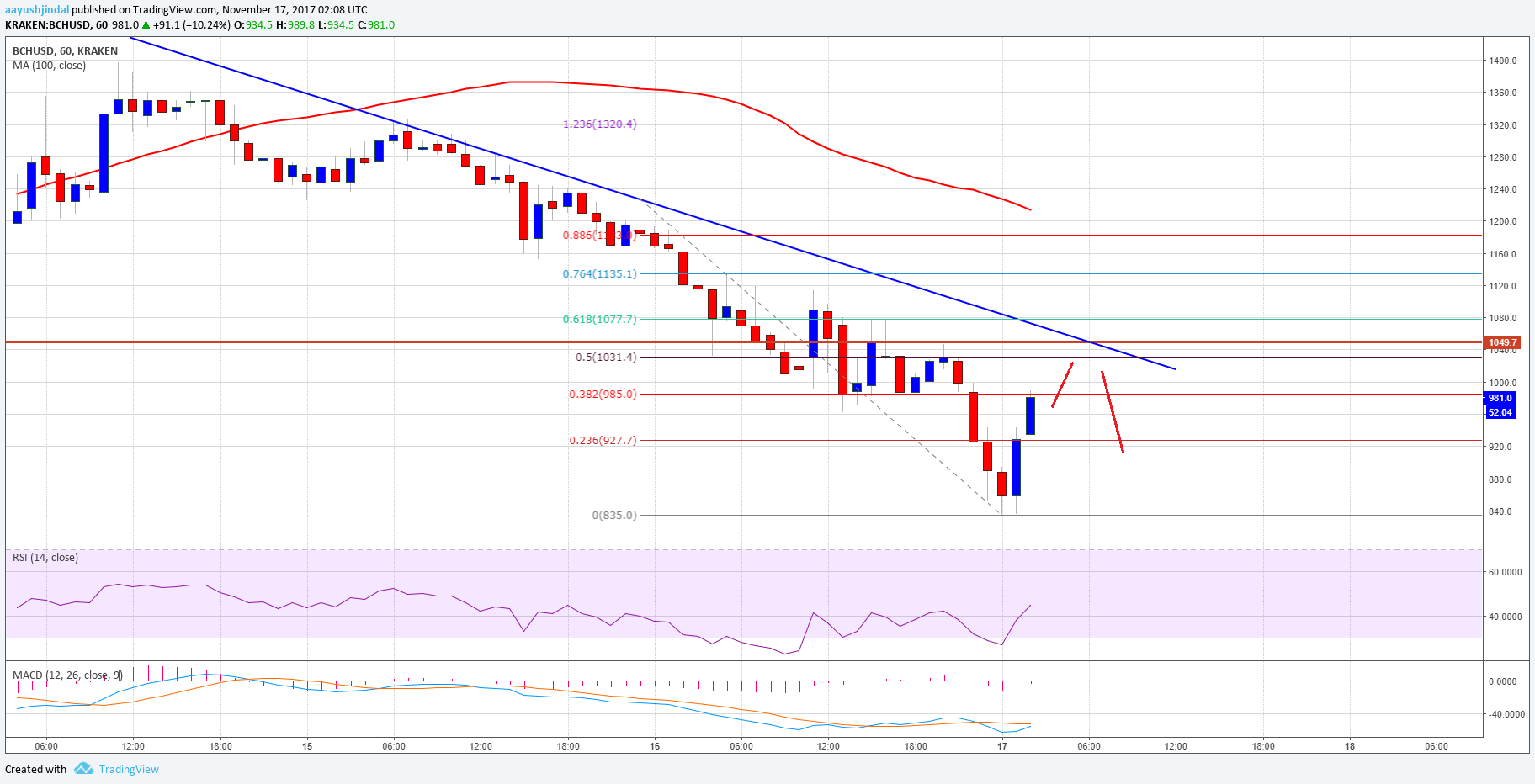 Bitcoin cash price traded lower sharply below $1000 against the US Dollar. BCH/USD is now under pressure and remains sell on rallies.

There was no major recovery in bitcoin cash price yesterday above $1200 against the US Dollar. The price started a sharp downside move and traded below a couple of important support levels like $1050 and $1000. The decline was strong and the price traded close to $800. A low was formed near $835 from where a recovery wave is initiated. The price has moved above the 23.6% Fib retracement level of the last drop from the $1220 high to $835 low.

However, this week’s highlighted bearish trend line with current resistance at $1050 is in place on the hourly chart of BCH/USD. The same trend line resistance is near $1050. So, the previous support at $1050 may now act as a resistance for buyers in the near term. It also coincides with the 50% Fib retracement level of the last drop from the $1220 high to $835 low. The current recovery is positive, but a break below $1050 was negative. Therefore, bitcoin cash price might continue to face sellers near $1050 and $1100. On the downside, an initial support is around $900. Below $900, the price will most likely retest the recent low of $835.

Hourly MACD – The MACD for BCH/USD is still in the bearish zone.

Hourly RSI (Relative Strength Index) – The RSI for BCH/USD is recovering from the overbought levels, but it is below 50.