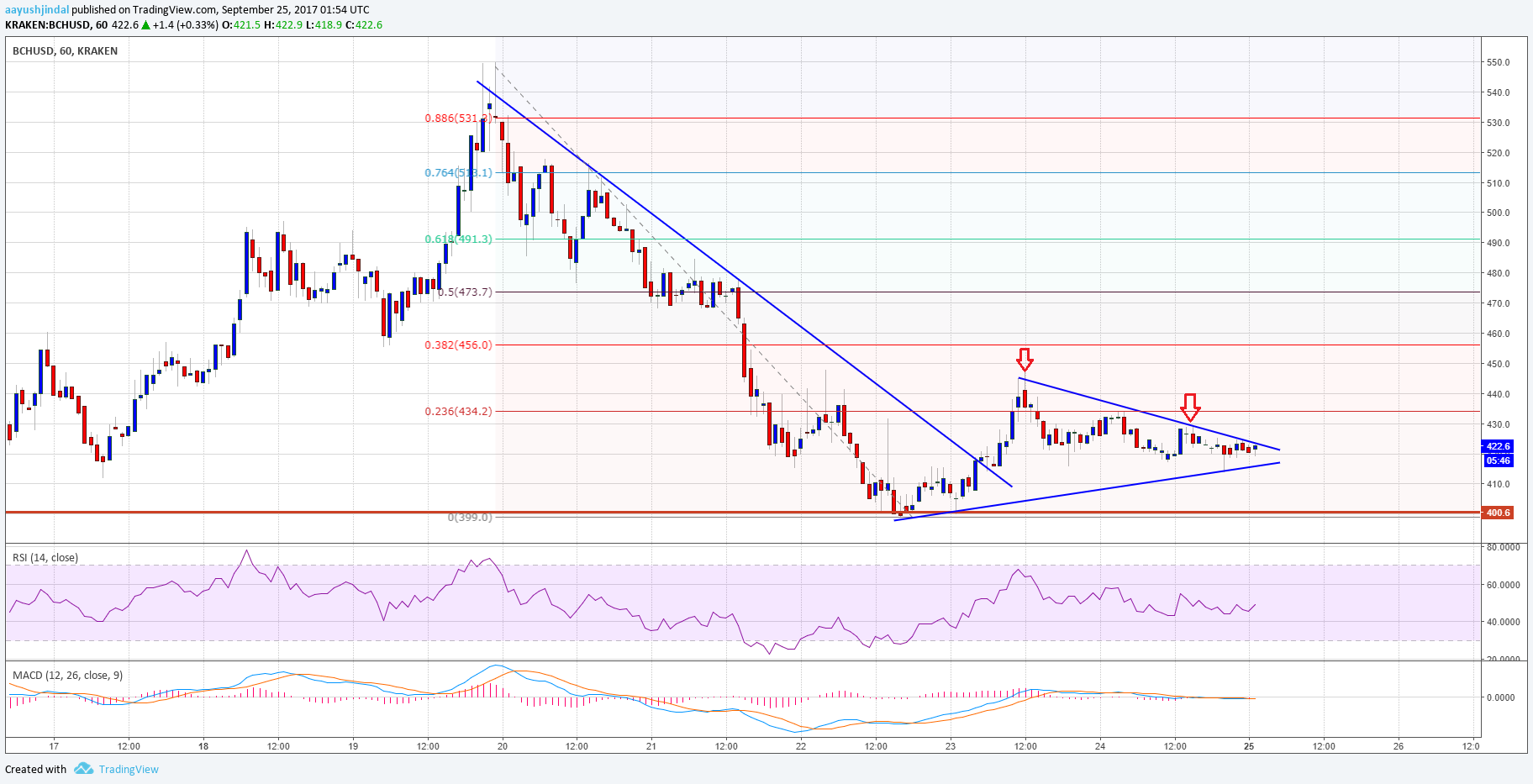 Bitcoin cash price is consolidating losses against the US Dollar. BCH/USD needs to gather pace to trade higher towards the $460 level.

During the past few days, Bitcoin cash price struggled a lot and moved below the $450 level against the US Dollar. The price traded as low as $399 where it found bids. Later, the price started consolidating losses and slowly moved above the $425 level. However, the price failed to hold gains above the 23.6% Fib retracement level of the last decline from the $550 high to $399 low. Overall, the price is struggling to recover above $430. If buyers fail to gather momentum, there could be a nasty decline below $400 in the near term.

Hourly MACD – The MACD for BCH/USD is mostly flat with no major bias (bearish or bullish).

Hourly RSI (Relative Strength Index) – The RSI for BCH/USD is well below the 50 level.