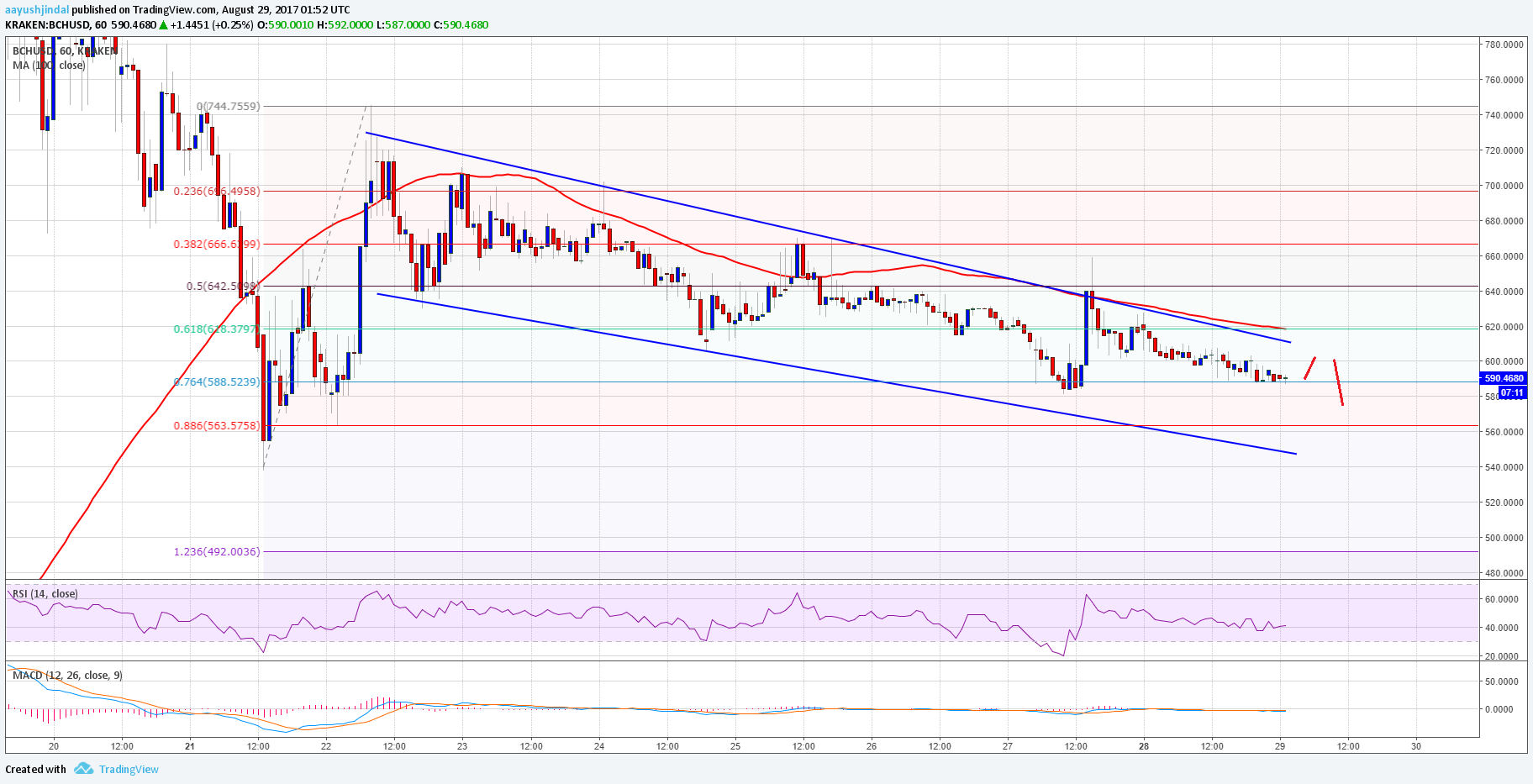 Bitcoin cash price was not able to recover above $620-640 against the US Dollar. BCH/USD is likely to extend declines below $600 in the near term.

There is a slow and steady decline underway below $700 in Bitcoin cash price against the US Dollar. The price recently attempted a correction but failed to break the $640 resistance and the 100 hourly simple moving average. There is a declining phase initiated and the price could even test the last swing low of $550. It has already breached the 76.4% Fib retracement level of the last wave from the $585 low to $660 high.

Therefore, there are chances of it declining further towards $580 or even towards $550. At the moment, it is trading near the 76.4% Fib retracement level of the last wave from the $540 low to $745 high. Once it breaks $580, it would open the doors for a test of $550-540. Moreover, yesterdays highlighted a descending channel pattern forming with resistance near $620 on the hourly chart of BCH/USD is acting as a strong resistance. The channel resistance is a huge barrier at $620 along with the 100 hourly simple moving average. Selling rallies close to $620 can be considered in the near term with a stop on a close above the 100 hourly SMA.

Hourly MACD – The MACD for BCH/USD is not moving much, but remains in the bearish zone.

Hourly RSI (Relative Strength Index) – The RSI is well below the 50 level.