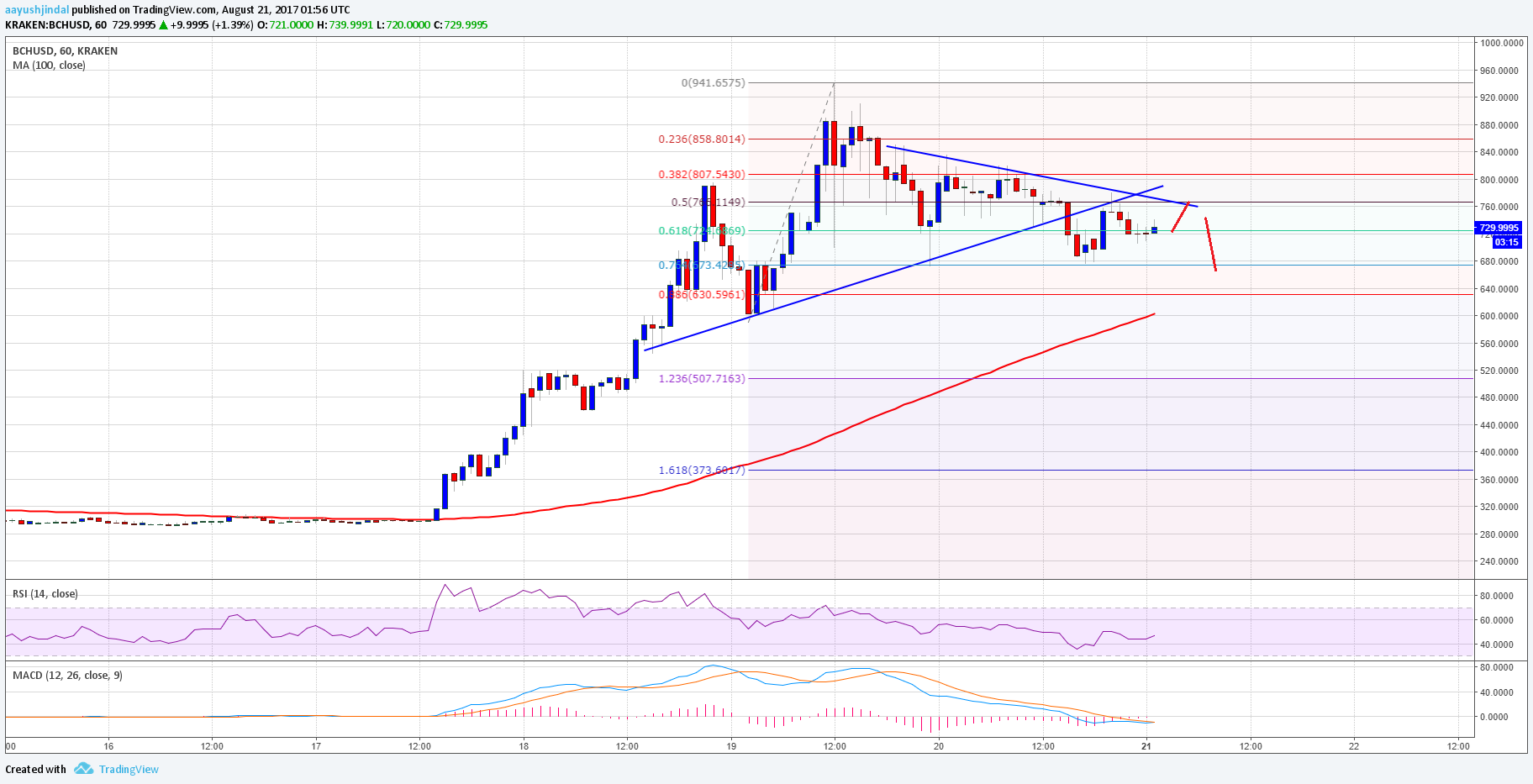 Bitcoin cash price after trading as high as $941 started a correction against the US Dollar. BCH/USD might test $640-650 before resuming trend.

Recently, we saw a nasty run in Bitcoin cash price as it moved above the $900 level against the US Dollar. The price traded as high as $941 and then started correcting lower. It moved down and traded below the 23.6% Fib retracement level of the last wave from the $590 low to $941 high. It opened the doors for an extended correction. During the downside move, the price even settled below the $800 support and traded towards $680.

There was also a break below a major bullish trend line at $740 on the hourly chart of BCH/USD. The price even broke the 61.8% Fib retracement level of the last wave from the $590 low to $941 high. It means there is a chance that the price could retest the last swing low of $640. Below $640, the 100 hourly simple moving average is positioned to act as a strong support. On the upside, there is a connecting bearish trend line forming with resistance at $760. A break above it might call for trend resumption towards $800 or higher. Overall, buying dips towards the $640 level or the 100 hourly simple moving average might be considered with a stop below $600.

Hourly RSI (Relative Strength Index) – The RSI is currently below the 50 level, but moving higher.