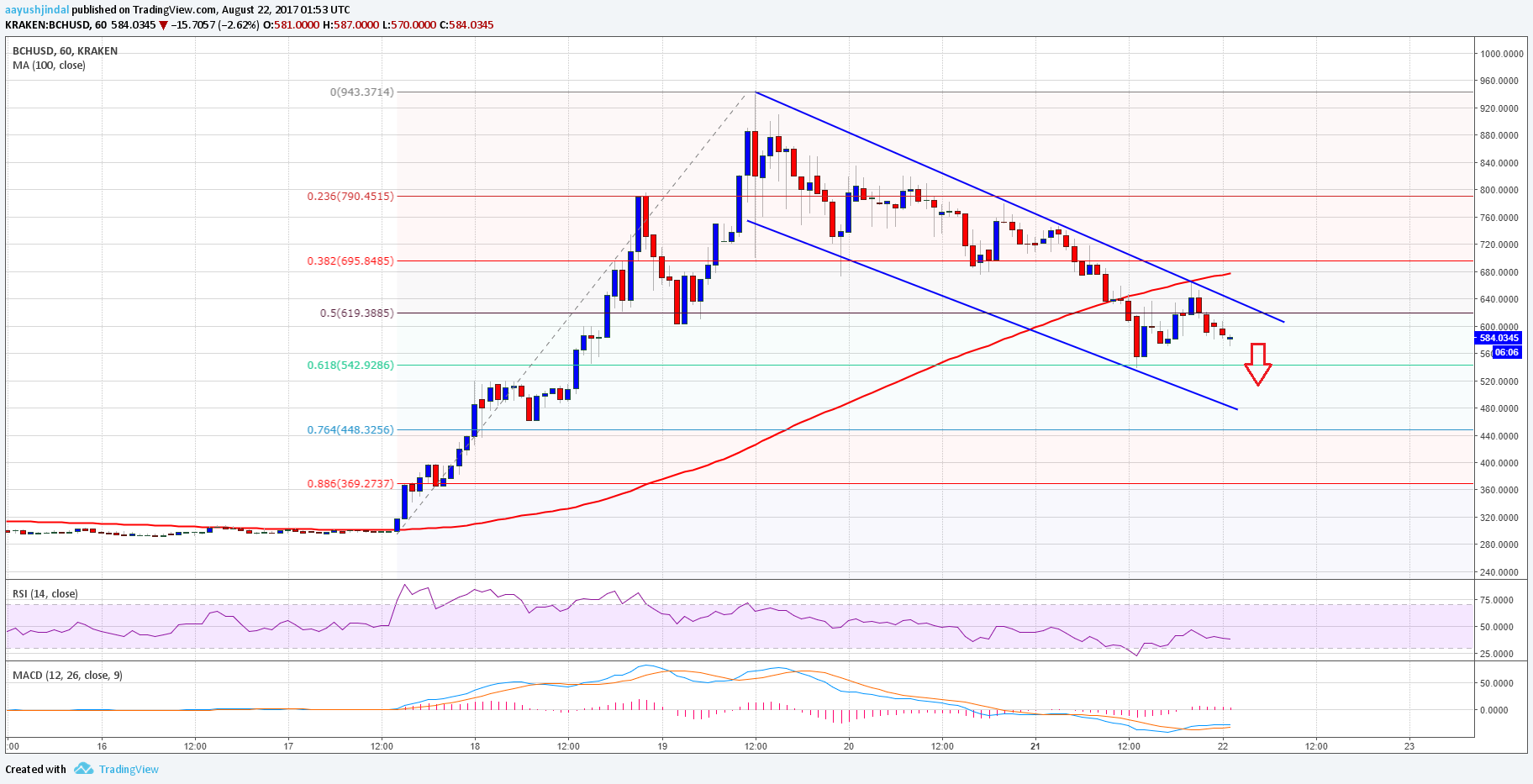 Bitcoin cash price started a sharp downside correction below $700 against the US Dollar. BCH/USD remains under pressure and might test $540.

Yesterday, we saw how Bitcoin cash price started a downside correction from $940 against the US Dollar. The price moved down and traded below the $800 and $750 support levels. However, the mentioned correction was extended as the price traded below $700. It seems like the price is following a declining path and might continue to trade lower towards $500. It already broke the 50% Fib retracement level of the last wave from the $295 low to $943 high.

It is a bearish sign and suggests more losses as long as the price is below $700. At the moment, the price is also below the $650 level and the 100 hourly simple moving average. There is a crucial descending channel pattern with resistance near $620 forming on the hourly chart of BCH/USD. The channel resistance near $620 is also near the 100 hourly simple moving average. Therefore, the $620-640 resistance zone is likely to act as a major hurdle for buyers. On the downside, an initial support is near the 61.8% Fib retracement level of the last wave from the $295 low to $943 high at $542. Selling rallies in the short term towards $640 might be considered with a stop above the 100 hourly SMA.

Hourly RSI (Relative Strength Index) – The RSI is currently well below the 50 level.