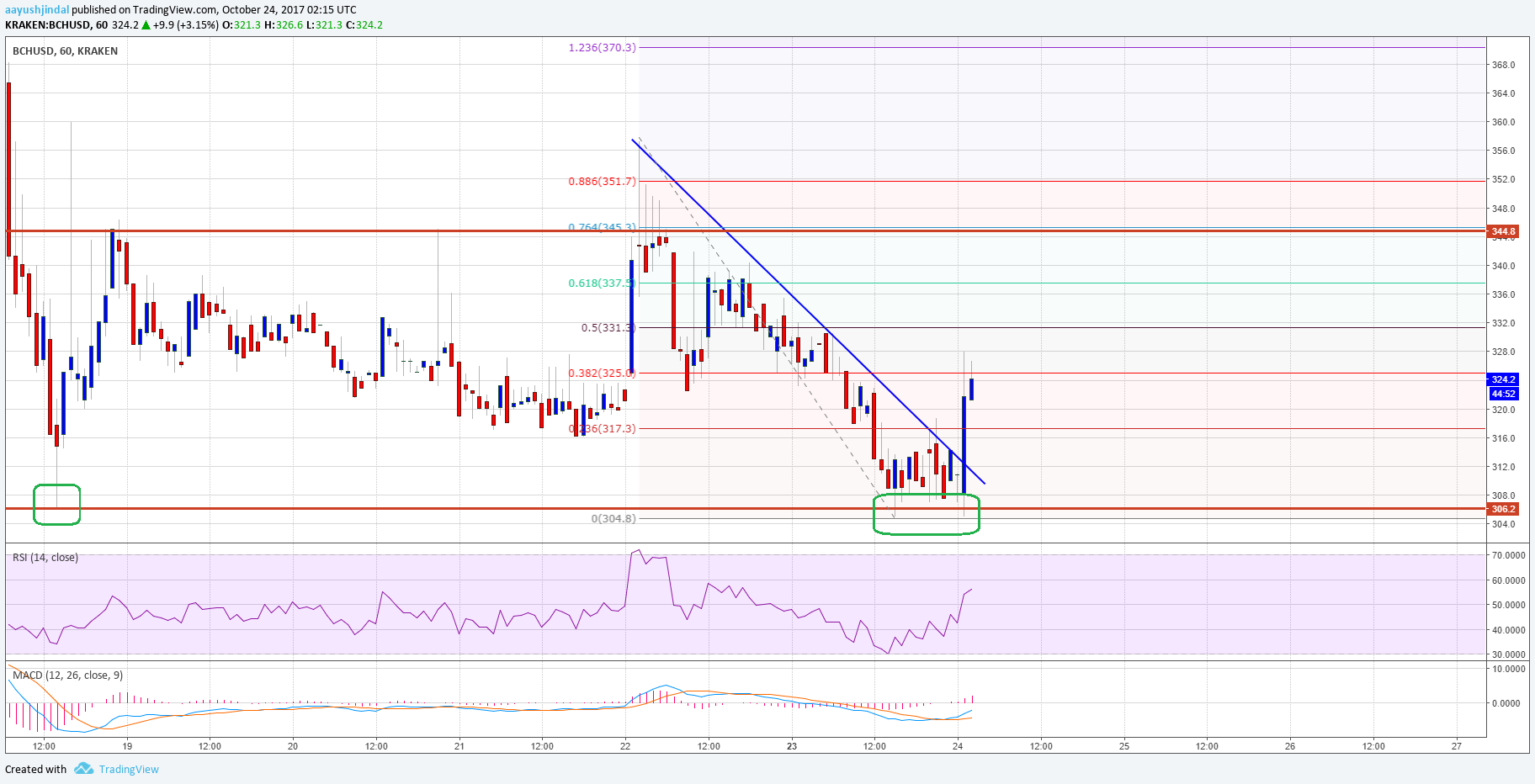 Bitcoin cash price is holding an important support against the US Dollar. BCH/USD might gain traction short-term to test the $340 barrier.

There was yet another test of the $305-300 support in Bitcoin cash price against the US Dollar. The price found strong buying interest near $305 and as a result started an upside move. A low was formed at $304.8 before a correction was initiated. Buyers were able to move the price above the 23.6% Fib retracement level of the last decline from the $357 high to $304 low.

The best part was a break above a connecting bearish trend line with resistance at $312 on the hourly chart of BCH/USD. The pair is currently showing a few positive signs above $310 and trading with a decent bias. At present, the pair is testing the 38.2% Fib retracement level of the last decline from the $357 high to $304 low at $325. Once there is a break above $325, there is a chance of a move towards $340. The $335-340 zone is a major resistance for buyers and most likely to prevent gains in the short term. If buyers succeed in clearing $340, there can be a test of the next resistance at $355. On the downside, the $305-300 region remains a major support in the near term for BCH.