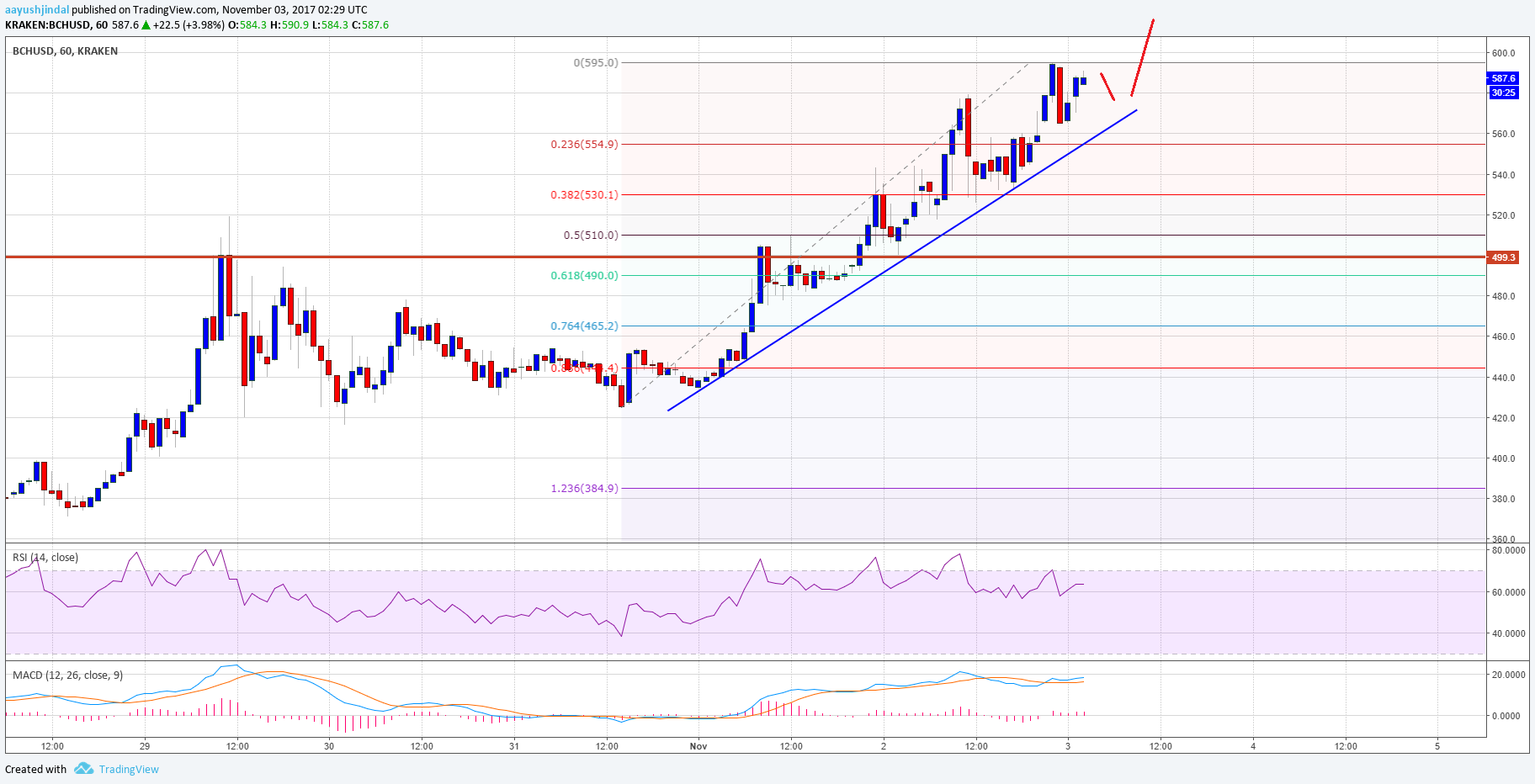 Bitcoin cash price extended gains above the $550 level against the US Dollar. BCH/USD is likely to move above $600 to gain further pace.

There was a decent upside ride in Bitcoin cash above $500 recently against the US Dollar. The price gained a lot of traction and was able to move above the $550 and $560 resistance levels. A new monthly high was formed recently at $595 and it seems like the price would continue to move higher. On the downside, an initial support is around the 23.6% Fib retracement level of the last wave from the $422 low to $595 high.

Any major correction from the current levels seem limited by the $560-550 area. There is also a major bullish trend line forming with support at $560 on the hourly chart of BCH/USD. As long as the pair is above the $560 level, there is a chance of it breaking the $600 handle today. Above $600, the next major resistance is close to the $620 level. Any further gains should lead the pair towards the $650 level. To the downside, the trend line support at $560 is important. A break below it should clear the way for a test of the $500 handle. Overall, BCH remains buy on dips near the $560 level for a move above $600.

Hourly MACD – The MACD for BCH/USD is steady in the bullish zone.

Hourly RSI (Relative Strength Index) – The RSI for BCH/USD is well placed in the bullish zone.