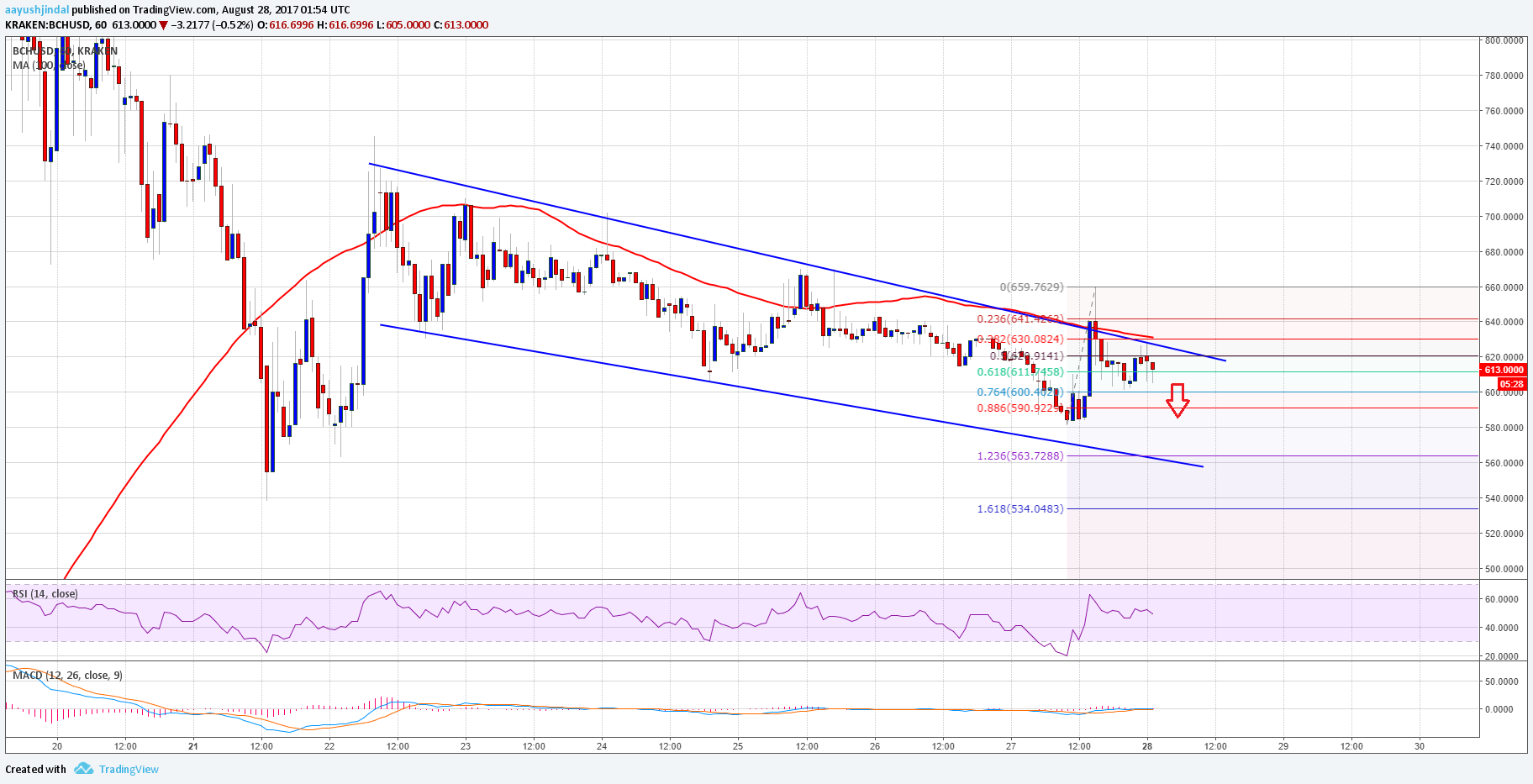 Bitcoin cash price is struggling to gain pace above $650 against the US Dollar. BCH/USD remains in a downtrend and at risk of more losses.

There was a decline in Bitcoin cash price towards the $580 level against the US Dollar. The price found support near $580 and started a short-term correction. It moved above the $600 level and attempted an upside break. However, the upside break was prevented by the $650 resistance and the 100 hourly simple moving average. The price failed to move and settle above $650 and is currently trading lower.

There is a new descending channel pattern forming with resistance near $630 on the hourly chart of BCH/USD. The channel resistance at $630 is just below the 100 hourly simple moving average. Therefore, it holds a lot of importance, and a close above $630-650 won’t be easy. The price already corrected lower once and tested the 61.8% Fib retracement level of the last wave from the $580 low to $659 high. On the downside, an initial support is near $580, followed by the channel support at $550. It would be interesting to see how the price trades and whether it can break $650 or not. A proper close above $650 and 100 hourly simple moving average is needed for buyers to gain momentum.

Hourly MACD – The MACD for BCH/USD is close to flat in the bearish zone.