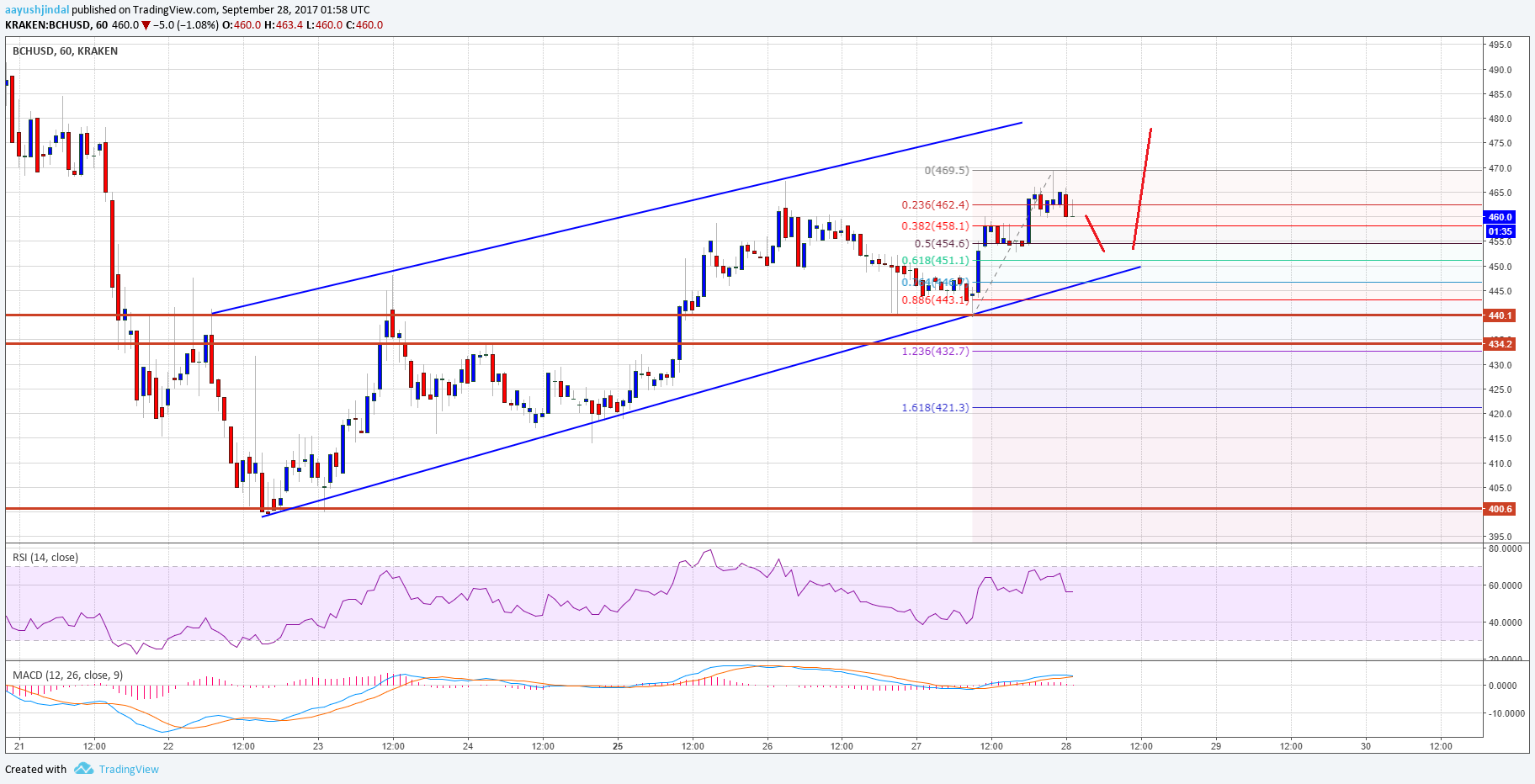 Bitcoin cash price is slowly gaining pace against the US Dollar. Let’s see if BCH/USD can break the $500 level once again in the near term.

Yesterday, we saw a steady rise in Bitcoin cash price above $450 against the US Dollar. The price gained traction and moved closer to the $470 level. It formed a new minor high at $469.5 and is currently correcting lower. The most important point is the fact that yesterday’s highlighted bullish trend line with current support near $450 on the hourly chart of BCH/USD is still on the downside. A break above $469 could lift the market sentiment and the price might trade towards $480. If buyers remain in action for a long time, there is a chance of BCH testing $500 this week. Overall, buying dips in the short term towards $450-440 can be considered.