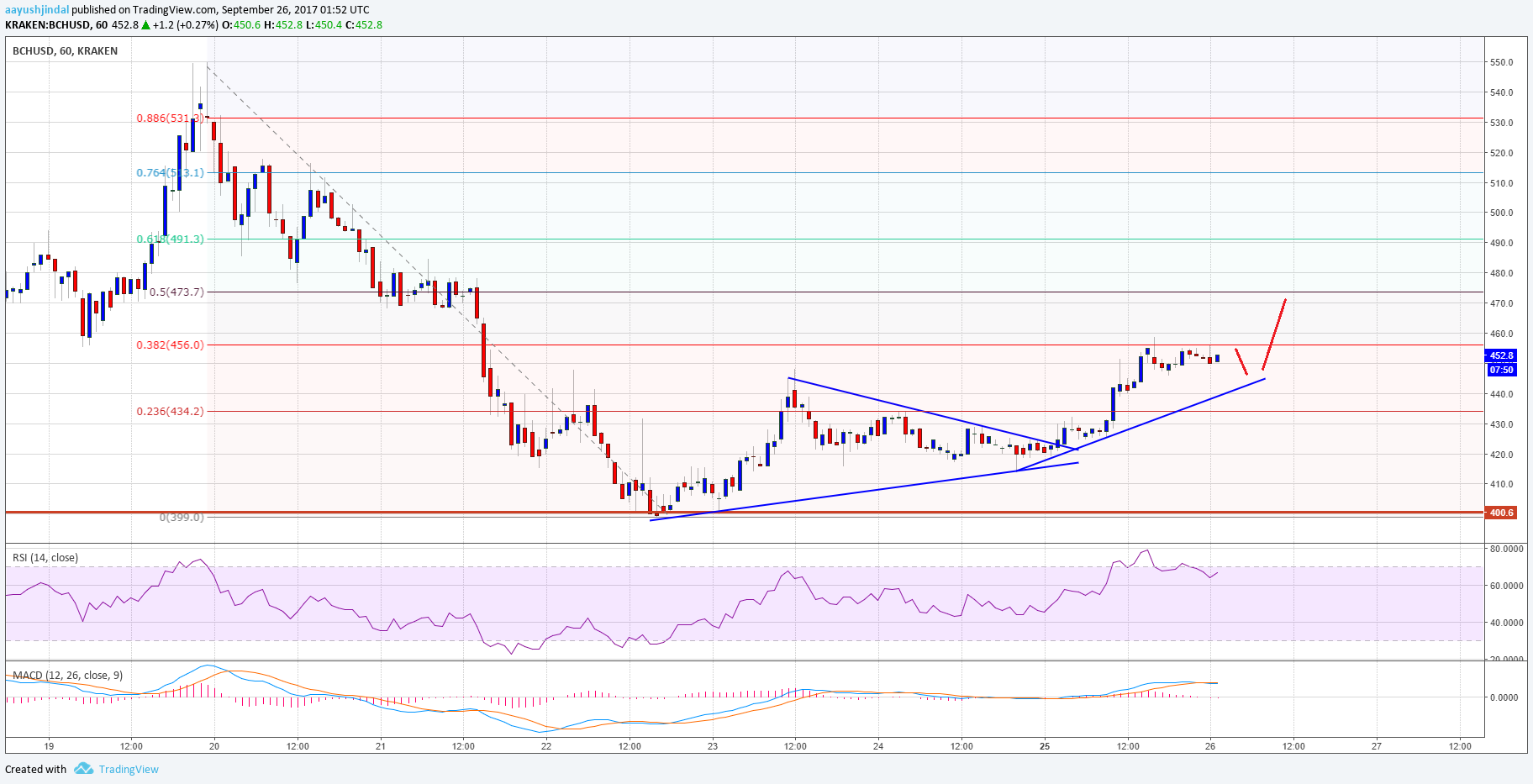 Bitcoin cash price moved above the $440 level against the US Dollar. BCH/USD is now eyeing further gains may be towards the $480 level.

The past few days were not good for Bitcoin cash price as it declined towards $400 against the US Dollar. However, the price formed a base above $400 yesterday and started an upside move. It traded above the 23.6% Fib retracement level of the last drop from the $549 high to $400 low. It resulted in an increase in the buying interest above $420.

During the upside move, there was a break above yesterday’s highlighted short-term contracting triangle pattern with resistance near $422 on the hourly chart of BCH/USD. The price moved higher and broke the $440-450 resistance area. At the moment, the price is consolidating below the 38.2% Fib retracement level of the last drop from the $549 high to $400 low. On the downside, there is a new connecting bullish trend line forming with support at $441 on the same chart. If the price corrects lower from the current levels, the $440 support is likely to hold losses. On the upside, a break above $455 could take the price towards the next resistance at $475-480. One might consider buying dips in the near term as long as the price is above $420-400.