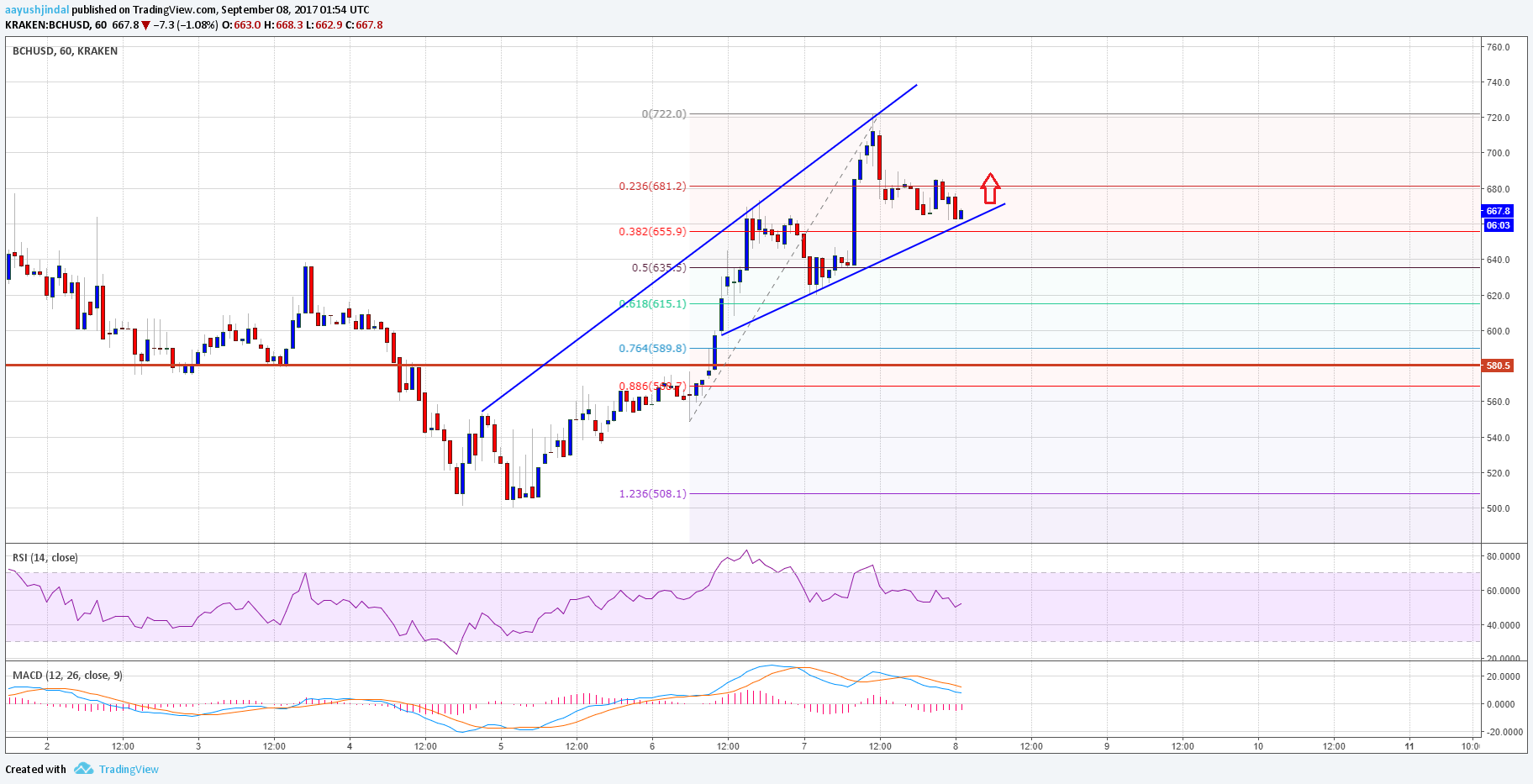 Bitcoin cash price is gaining upward momentum above $620 against the US Dollar. BCH/USD is now well above $650 and sighting further upsides.

There were continuous gains in Bitcoin cash price as it moved past the $600 and $650 level against the US Dollar. The price was also able to trade above the $700 handle and traded as high as $722. Later, a minor correction wave was initiated, and currently the price is trading below the $700 level. It has moved below the 23.6% Fib retracement level of the last wave from the $550.0 low to $722.0 high. However, the downside move seems to be limited and supported by $660-650. Hourly RSI (Relative Strength Index) – The RSI is moving down towards the 50 level.