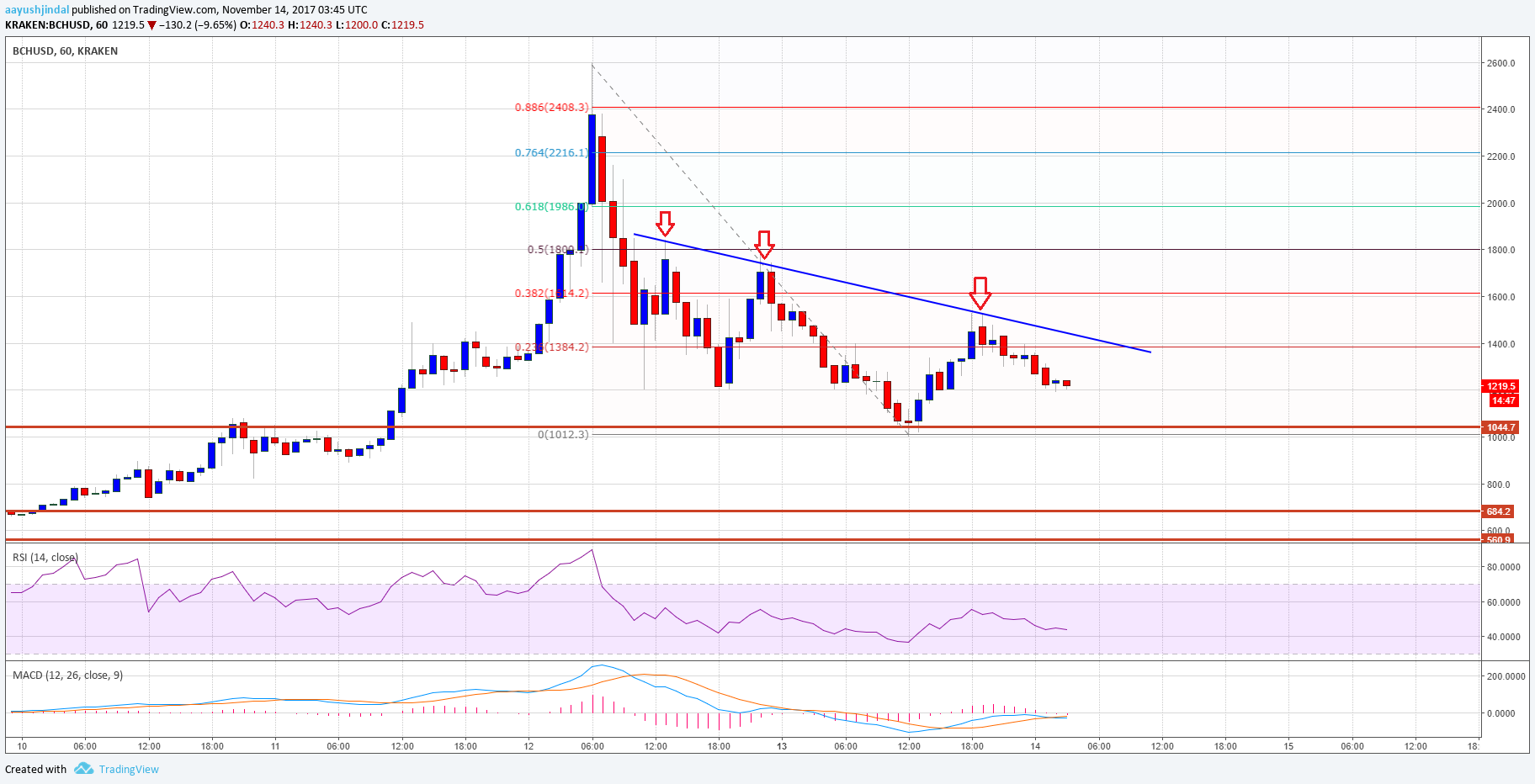 Bitcoin cash price is now trading below $1500 against the US Dollar. BCH/USD is under pressure and might test the $1050 support in the short term.

Yesterday, we saw a reversal pattern in Bitcoin cash price as it moved below the $1800 level against the US Dollar. The price traded toward the $1050 support and later corrected higher. It moved above the 23.6% Fib retracement level of the last decline from the $2580 high to $1012 low. However, the upside move was limited by the $1500 resistance. There is also a major bearish trend line forming with resistance at $1400 on the hourly chart of BCH/USD. Hourly MACD – The MACD for BCH/USD is attempting to move back in the bullish zone.