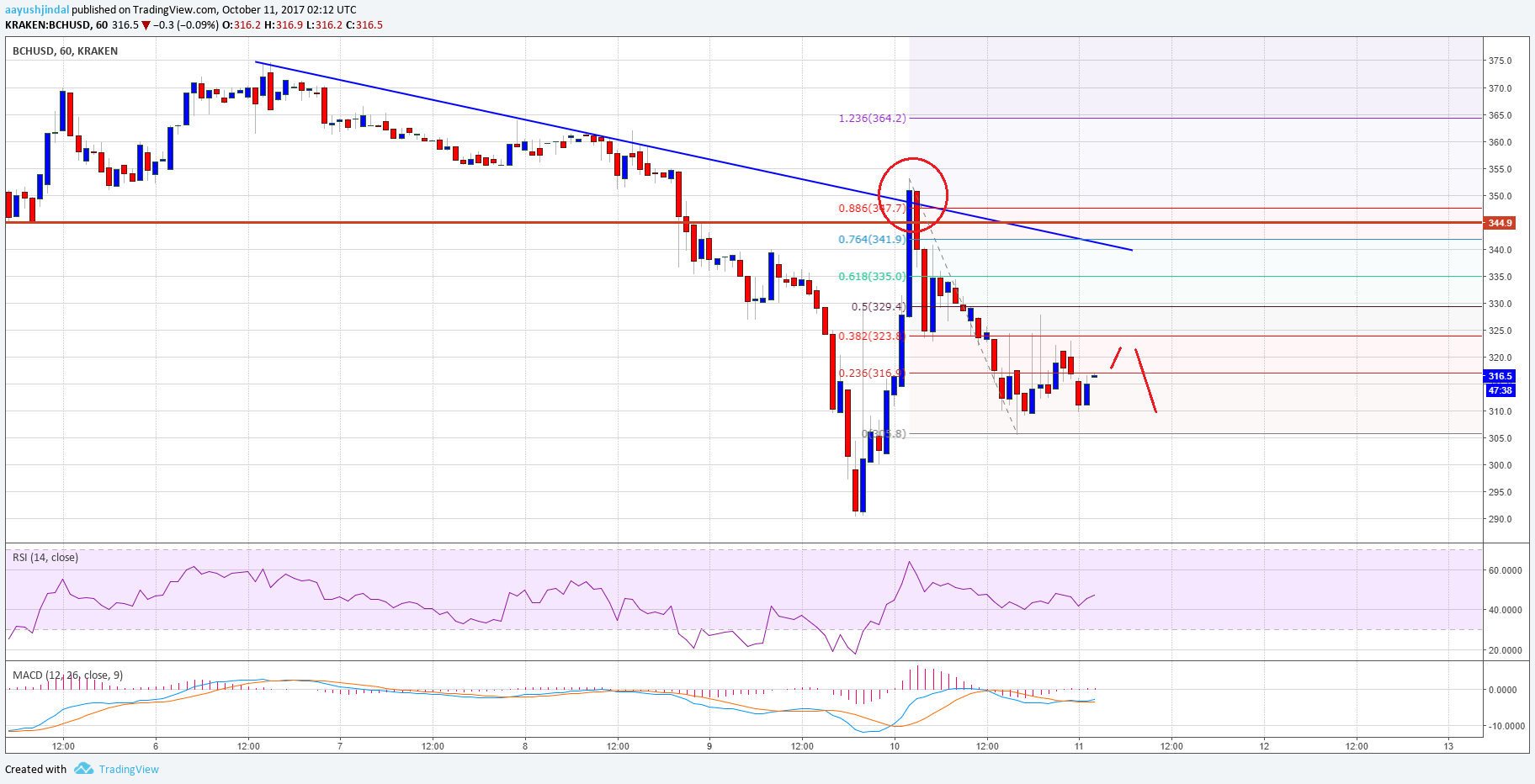 Bitcoin cash price failed to gain momentum above $350 against the US Dollar. BCH/USD is now back in the bearish zone and struggling to hold $300.

Yesterday, there was a decent upside move in Bitcoin cash price above the $320 level against the US Dollar. The price gained pace towards $350, but failed to break the mentioned level. The most important thing was failure to clear this week’s highlighted key bearish trend line with current resistance at $335 on the hourly chart of BCH/USD. The pair was rejected from the trend line resistance at $350 and started a downside move. As long as the price is below the trend line and $350, it remains at a risk of further declines. On the downside, the $300 handle is crucial. A daily close below $300 would ignite sharp losses in the short term.

Hourly MACD – The MACD for BCH/USD is currently flat and attempting to move into the bullish zone.

Hourly RSI (Relative Strength Index) – The RSI for BCH/USD is currently just below the 50 level.