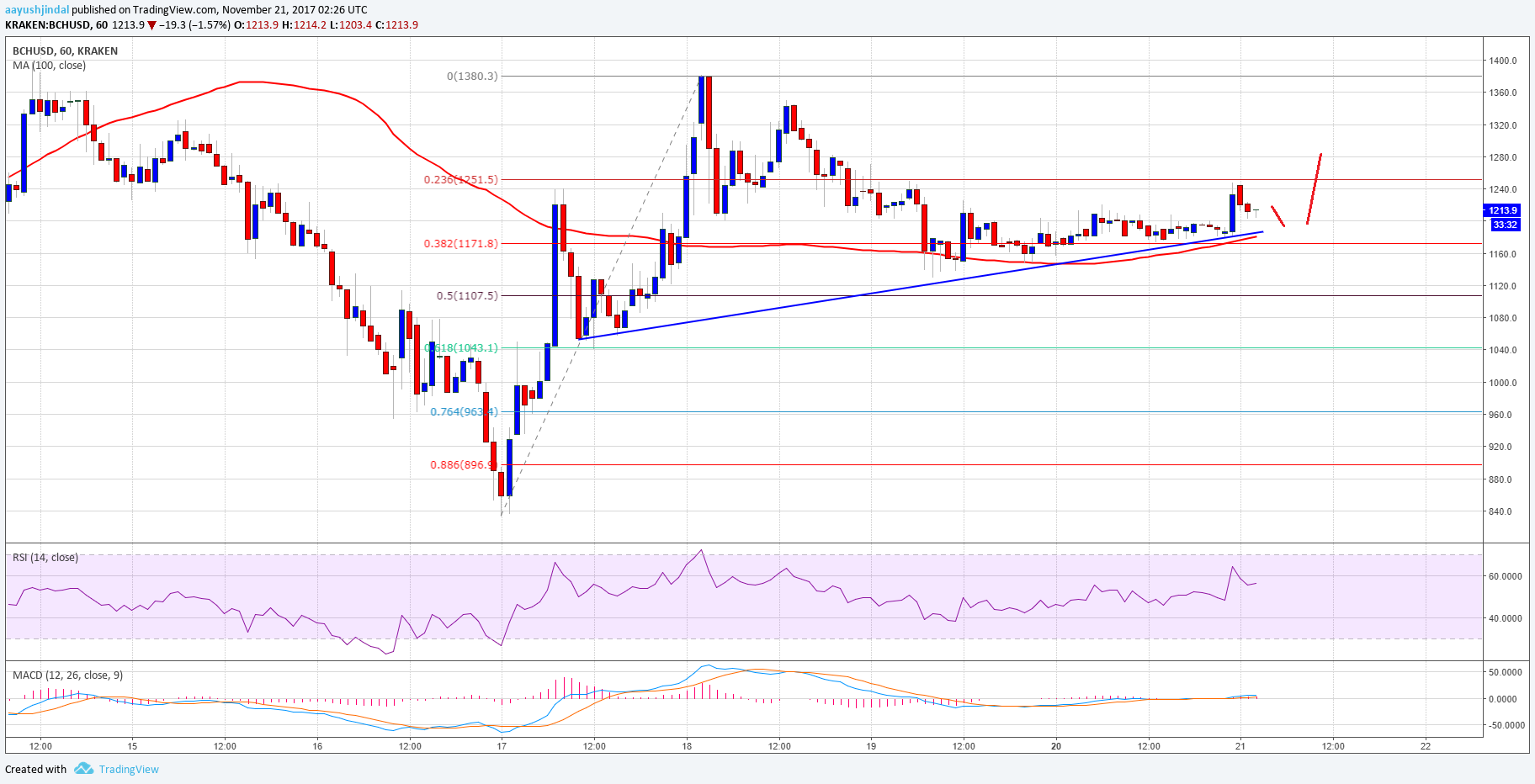 Bitcoin cash price recently corrected lower towards $1100 against the US Dollar. BCH/USD needs to move above $1250 for more gains.

There was a nice upside move in bitcoin cash price this past week from $840 to well above $1300 against the US Dollar. The price traded as high as $1380 from where a downside correction was initiated. It moved below the 23.6% Fib retracement level of the last wave from the $840 low to $1380 high. However, the downside move was protected by the $1120 support and the 100 hourly simple moving average. Therefore, the pair is supported on the downside around $1190 and $1040. Having said that, buyers need to push the price above the $1250 level if they have to resume the uptrend. Moreover, the $1280 level is also a major hurdle in the near term.

Hourly RSI (Relative Strength Index) – The RSI for BCH/USD is currently above the 50 level with a few bullish signs.