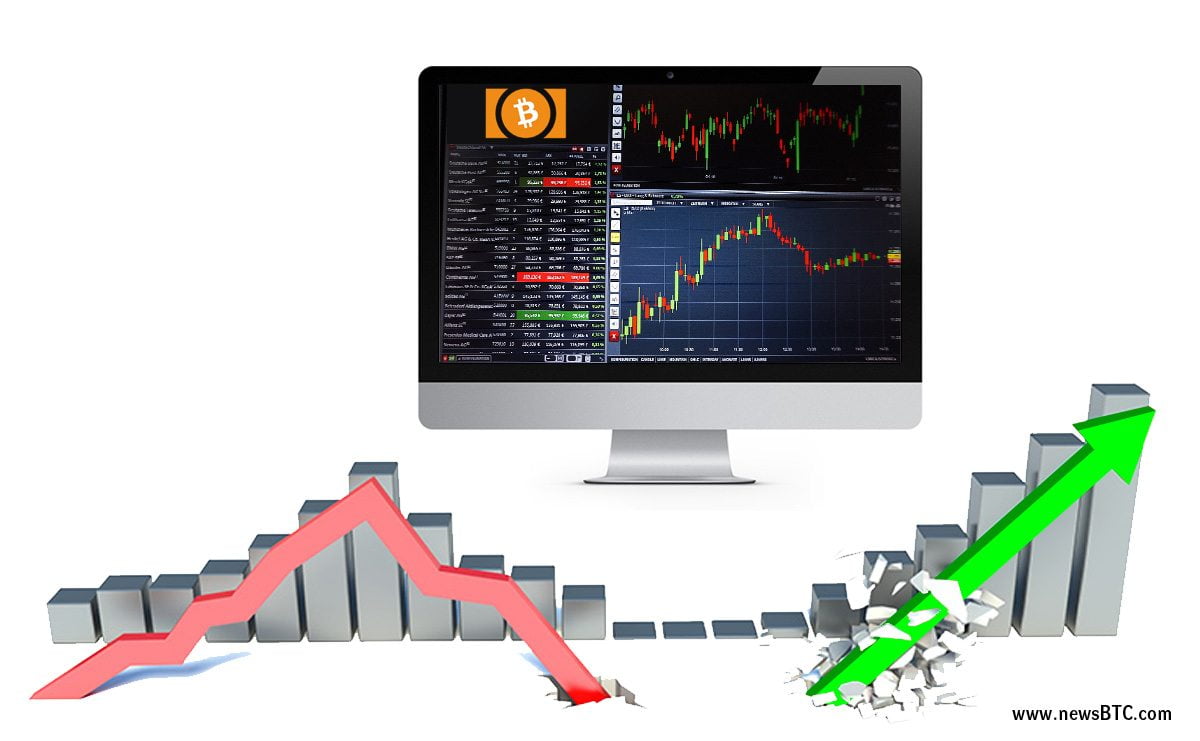 Bitcoin cash price is recovering from $1200 against the US Dollar. BCH/USD has to move above the $1400 resistance zone to recover further.

There were a couple of downsides swing moves in bitcoin cash price this past week towards $1200 against the US Dollar. The main reason was BTC/USD’s sharp rise above $17,000. BCH declined and tested the $1200 support area. However, buyers were able to protect further declines and pushed the price back above $1250. The price also traded above the 50% Fib retracement level of the last decline from the $1500 high to $1205 low.

At the moment, the price is trading above the $1350 pivot and the 100 hourly simple moving average. It seems like the 61.8% Fib retracement level of the last decline from the $1500 high to $1205 low at $1385 is acting as a resistance and preventing gains. Above $1385, there is a crucial bearish trend line forming with resistance at $1410 on the hourly chart of BCH/USD. Therefore, it seems like the $1400 resistance zone is very important and a break above it won’t be easy. 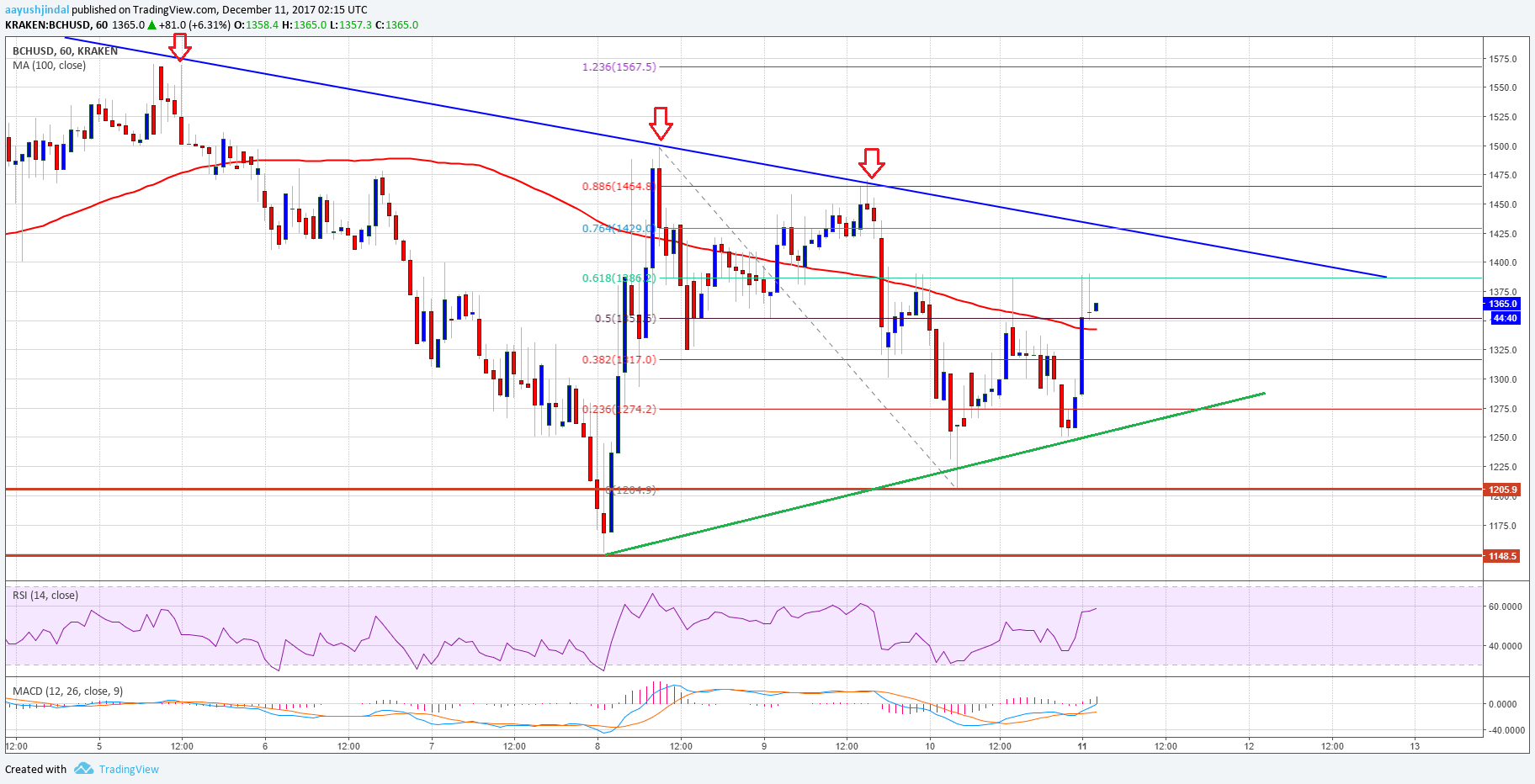 Hourly MACD – The MACD for BCH/USD is moving nicely in the bullish zone.