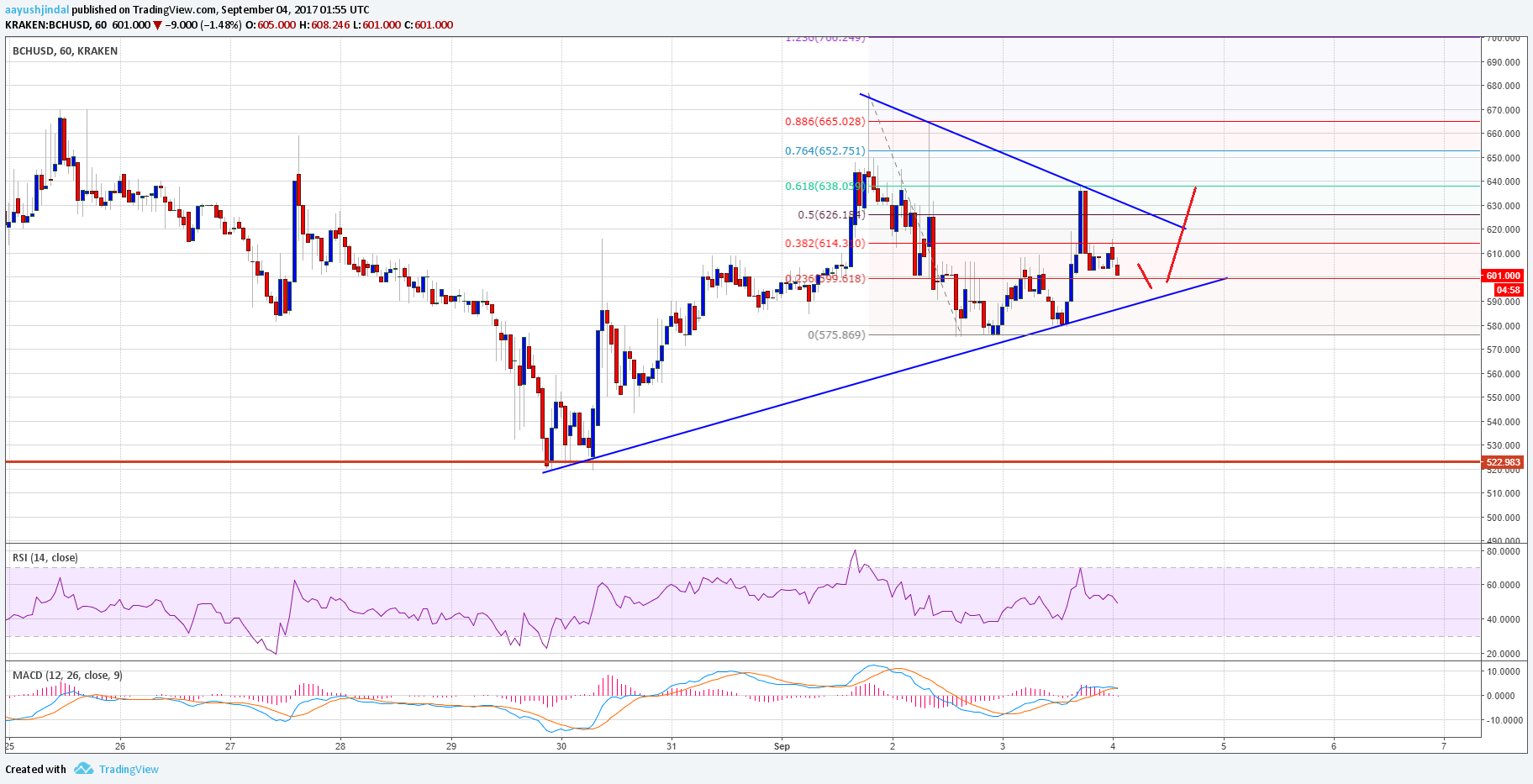 Bitcoin cash price is slowly recovering above $580 against the US Dollar. BCH/USD has to settle above $620-650 to maintain bullish bias.

Recently, there was a decent upside move above $630 level in Bitcoin cash price against the US Dollar. The price traded as high as $676 before facing sellers and starting a correction. The price declined and traded towards a bullish trend line with support at $580 on the hourly chart. Later, it consolidated for some time above the $580 level before starting an upside move.

However, the upside move was protected by a bearish trend line at $640. The current resistance now stands near $620. On the upside the 61.8% Fib retracement level of the last decline from the $676 high to $575 low also acted as a barrier. It seems like a contracting triangle pattern with resistance near $620 forming on the hourly chart of BCH/USD. As long as the price is above $580, there is a chance of BCH breaking the $620-630 resistance area in the near term. Buyers need to make sure there is no close below $580 else there can be more declines. Buying dips can be considered in the near term with stop below $575. On the upside, a break and close above the $620 level is needed for the price to gain further.