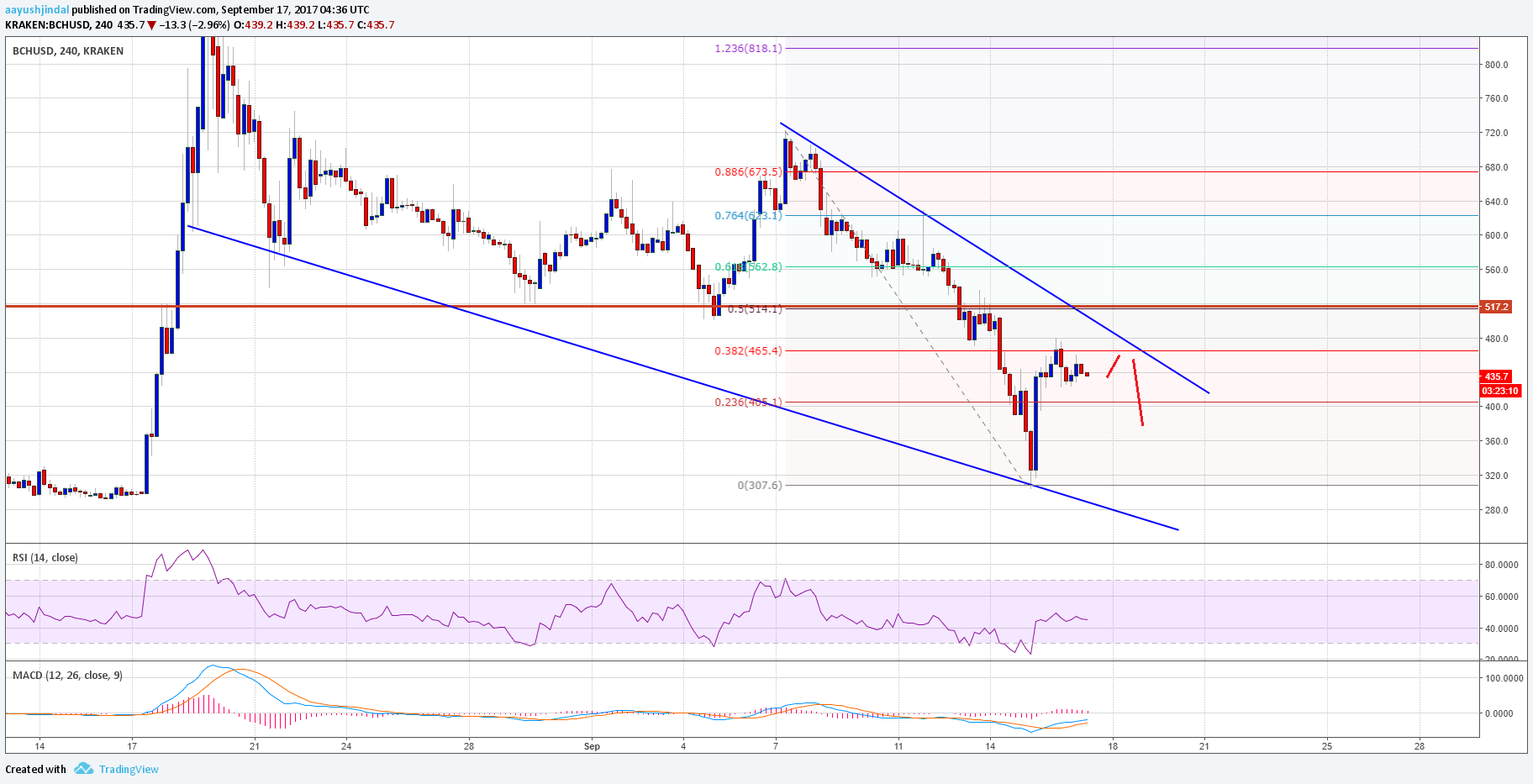 Bitcoin cash price declined below the $500 level against the US Dollar. BCH/USD remains in the bearish zone and might retest the $400 level.

There was a solid selling interest near the $720 level in BCH price against the US Dollar. The price faced heavy selling pressure and moved below the $600 and $520 support levels. It even traded below the $400 level and formed a low at $307.6. Later, a recovery wave was initiated and the price moved back above the $400 level. It also cleared the 23.6% Fib retracement level of the last drop from the $720 high to $307 low. However, the upside move failed near the $470 resistance area. As long as the price is below the $500-520 resistance levels, it might continue to move down. On the downside, an immediate support is near $400.

4-hours MACD – The MACD for BCH/USD is about to move back in the bearish zone.

4-hours RSI (Relative Strength Index) – The RSI for BTC/USD is still below the 50 level.