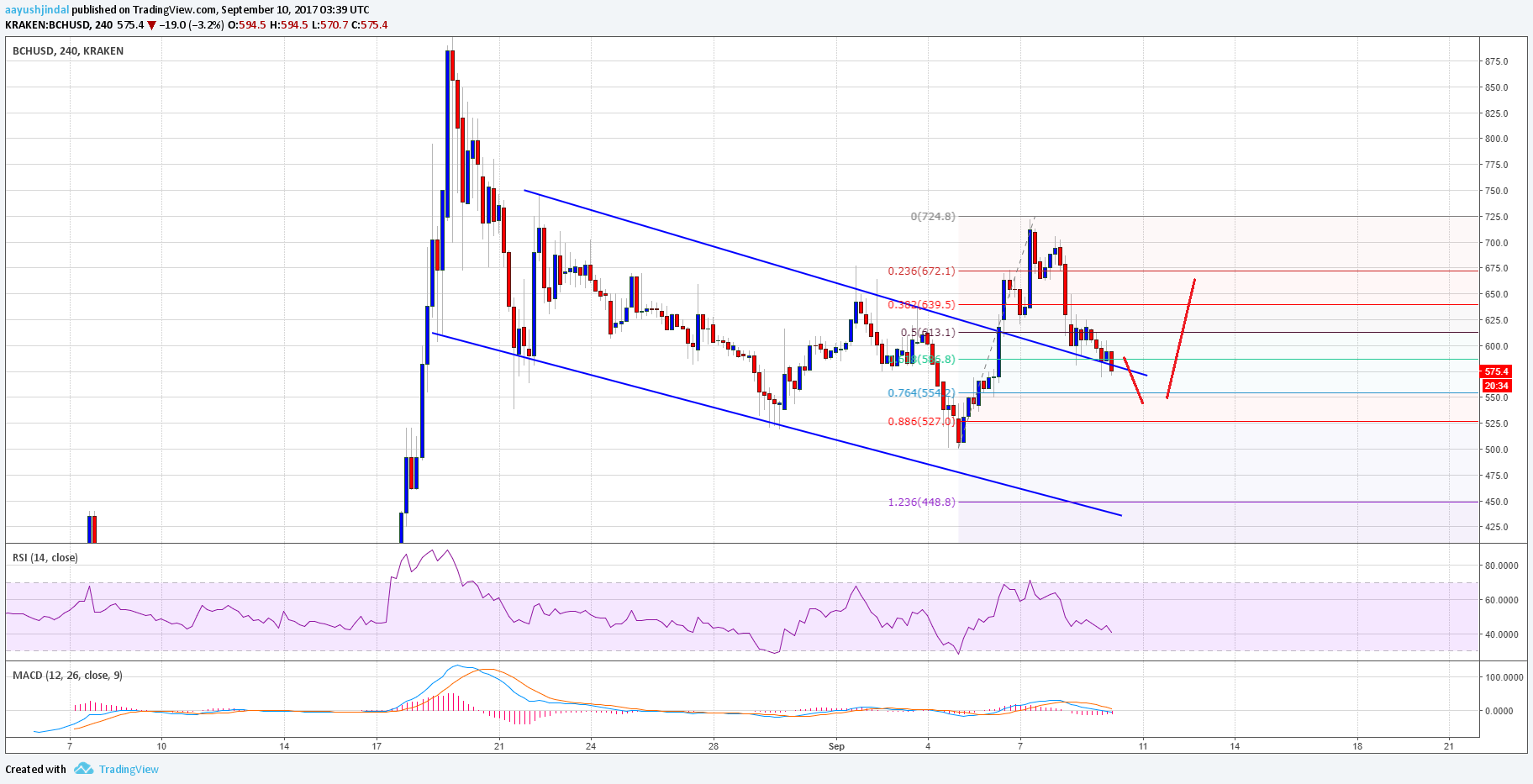 Bitcoin cash price after a correction struggled to remain above $700 against the US Dollar. BCH/USD is again bearish and likely to retest $550.

There was a decent action in BCH price this past week as it found support near $500 against the US Dollar. The price gained heavy bids and was able to spike above the $550 and $600 resistance levels. It even managed to move above the 38.2% Fib retracement level of the last drop from the $938 high to $501 low. It was a positive sign and helped buyers in pushing the price above $700.

During the upside, there was a break above a key descending channel at $590 on the 4-hours chart of BCH/USD. However, the price failed to remain above the $700 level for a long time. After trading as high as $724.8, there was a downside reaction. The pair is once again moving lower and already breached the 50% Fib retracement level of the last wave from the $501 low to $724 high. At the moment, the price is trading near the broken channel trend line at $575. A break below could take the price towards the 76.4% Fib retracement level of the last wave from the $501 low to $724 high. The downside pressure remains intact and more losses towards $550 are very likely.

4-hours RSI (Relative Strength Index) – The RSI for BTC/USD is heading towards the oversold levels.