Bitcoin cash price is slowly recovering above $680 against the US Dollar. BCH/USD needs to gather pace above $710 to start an uptrend in the near term.

This past week, there was a sharp downward move below the $740 support in bitcoin cash price against the US Dollar. The BCH/USD pair declined below the $720 and $700 support levels. It traded close to the $650 support area and a low was formed at $662. Later, the price started an upward correction and moved above the $680 resistance. There was a break above the 23.6% Fib retracement level of the last decline from the $770 high to $662 low.

However, the price is facing a tough challenge near the $710 level. More importantly, there is a crucial bearish trend line in place with resistance at $710 on the 4-hours chart of the BCH/USD pair. The same trend line is close to the 38.2% Fib retracement level of the last decline from the $770 high to $662 low. Above the trend line resistance, the 100 simple moving average (4-hours) is positioned near $730. An intermediate resistance is at $720 and the 50% Fib retracement level. It seems like there are many hurdles formed near $710-730. 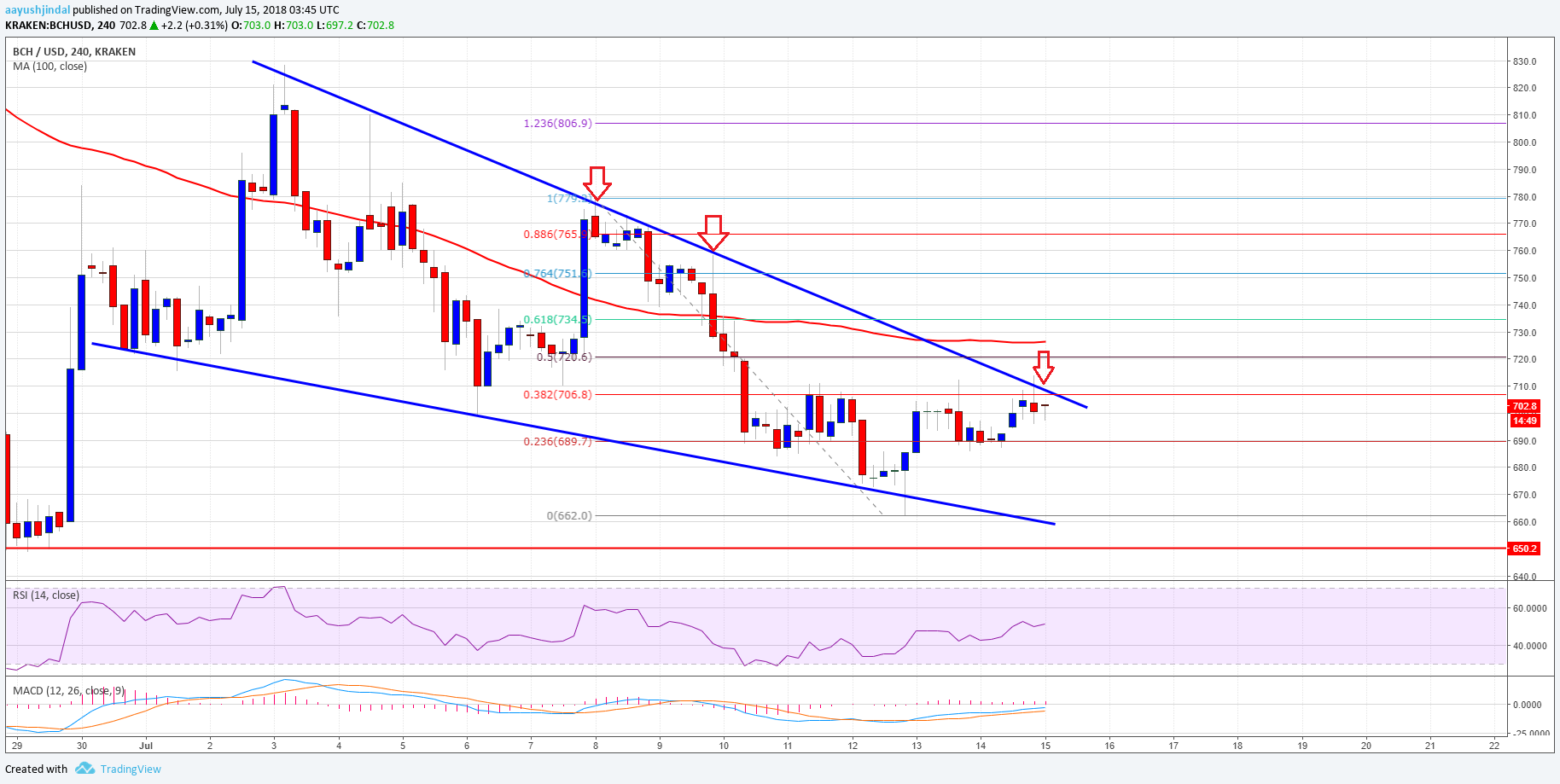 Looking at the chart, the price must gain traction above the $710 level to start a fresh upward move. If not, there is a risk of a drop back towards $660.