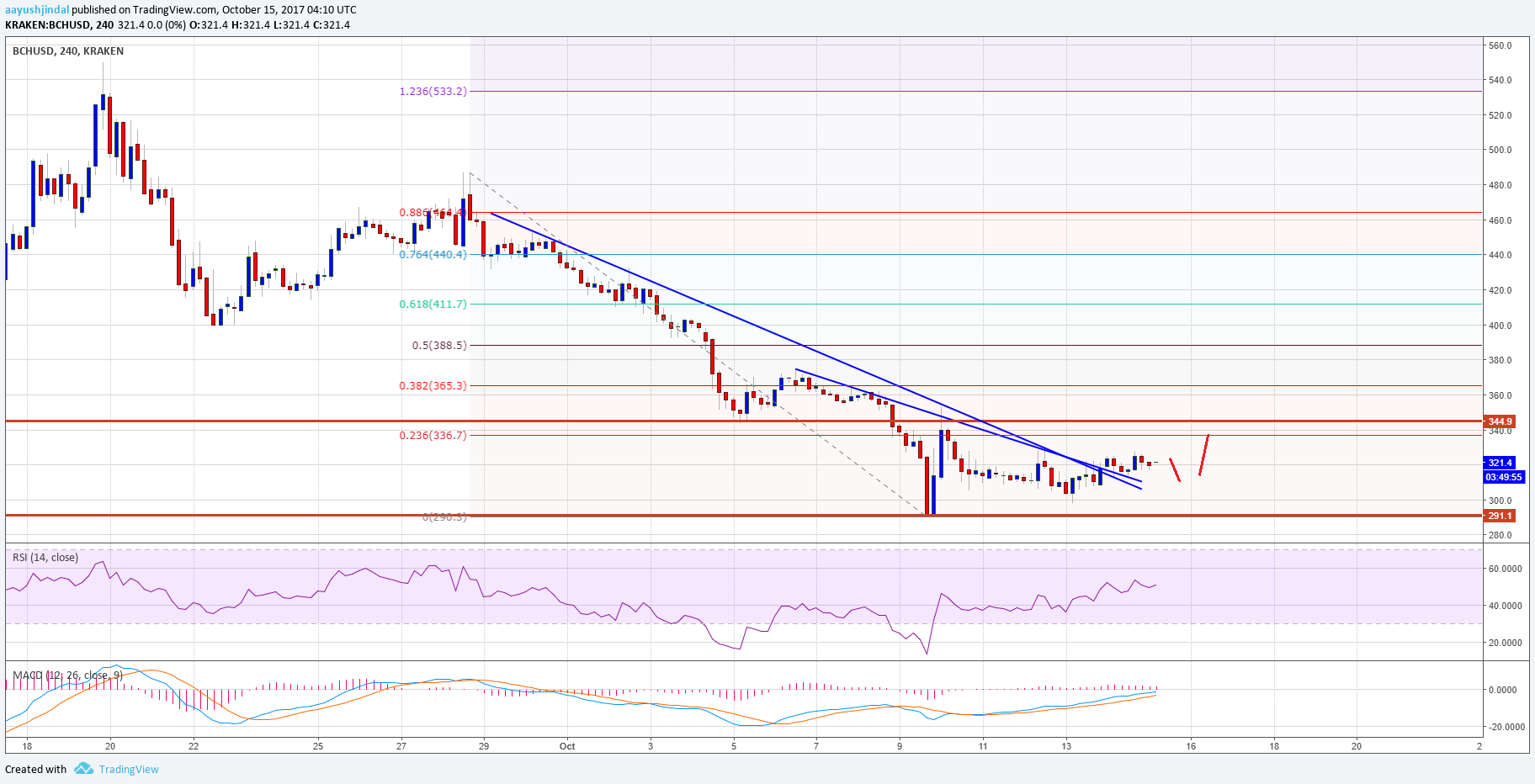 Bitcoin cash price struggled a lot recently against the US Dollar formed bottom. BCH/USD has to move above the $340 level to gain strength.

This past week there was a slow and steady decline in BCH price below the $350 level against the US Dollar. The price traded towards the $300 level, which just managed to hold declines. There were ranging moves above the $300 level and the price is now attempting an upside move. During the upside move, there was a break above two bearish trend lines with resistance at $310 on the 4-hours chart of BCH/USD. 4-hours MACD – The MACD for BCH/USD is slightly in the bullish zone.

4-hours RSI (Relative Strength Index) – The RSI for BTC/USD has just moved above the 50 level.