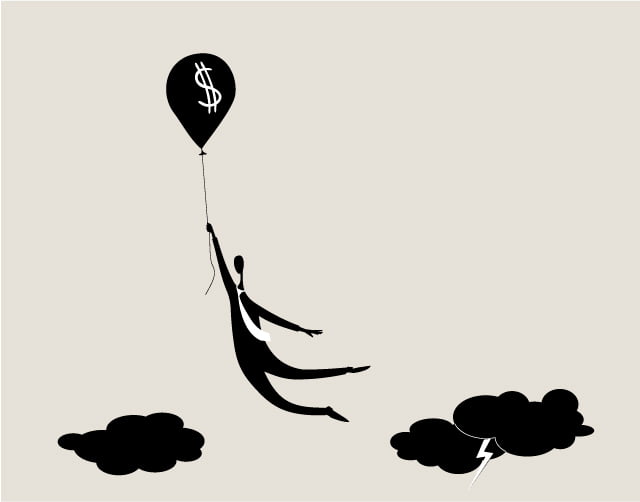 Bitcoin slipped huge a day after enjoying a strong price rally above its key resistance level of $10,000.

The benchmark cryptocurrency was trading at $9,736 early Monday, down 4.35 percent from its Sunday top, according to US exchange Coinbase. Nevertheless, it was still up by more than 36 percent at its intraday low, maintaining the position of one of the best-performing assets of 2020 so far.

Similar rival cryptocurrency, like Ethereum and XRP, was also down by circa 4 percent on a 24-hour adjusted timeframe, showing traders were selling the tokens that rallied on Sunday at intraday tops, thereby making a small profit. That helped bitcoin and co. sustaining its bullish bias.

“Technically the structure’s bias is bullish as long as price doesn’t lose $9,150,” said Teddy Cleps, a market analyst at Crypto Freak Network. “Price has a decent margin to retrace and mark another higher high, and thus continue its growth.”

The full-time trader added that a price correction upon bitcoin hitting the $10,000 level is “very healthy for its bullish continuation.”

Traders pointed to a string of catalysts that sent bitcoin above the $10,000 milestone, including Coronavirus. The epidemic, which has killed more than 900 people in China, earlier led global stocks to fall in tandem. The move downhill led investors to the safety of haven assets, including Gold – and even the US dollar.

CNN Business last week ran a special story about bitcoin behaving like a safe-haven against the economic uncertainties led by Coronavirus fears. The media mogul compared the cryptocurrency with Gold, a traditional hedging asset, stating that both were rising in tandem against the gloomy macroeconomic outlook.

Bitcoin Holders on a Rise

The cryptocurrency, meanwhile, continued to attract traders ahead of its halving this year. In May 2020, a pre-programmed algorithm would deduct bitcoin’s supply rate from 1,800 BTC per day to 900 BTC per day. People think it makes bitcoin scarcer than any other global asset, which is why its price could go up in the long run.

The euphoria surrounding the halving event has already prompted traders to become holders, leading to a drop in selling orders. According to data analytics portal BitInfoCharts, over 11 million Bitcoins haven’t moved wallets since late 2018.

Even with a 85% increase in price during that time, those millions of bitcoin were not sold or traded.

A survey conducted by San Francisco startup Bitwise Asset Management and research firm ETF Trends noted earlier this year that portfolio managers would increase their exposure to bitcoin twofold in 2020. The study took responses from 400 financial advisers in December 2019.