Bitcoin Eclipses $9,100, And Data Shows Institutions Are Only Just Getting Started 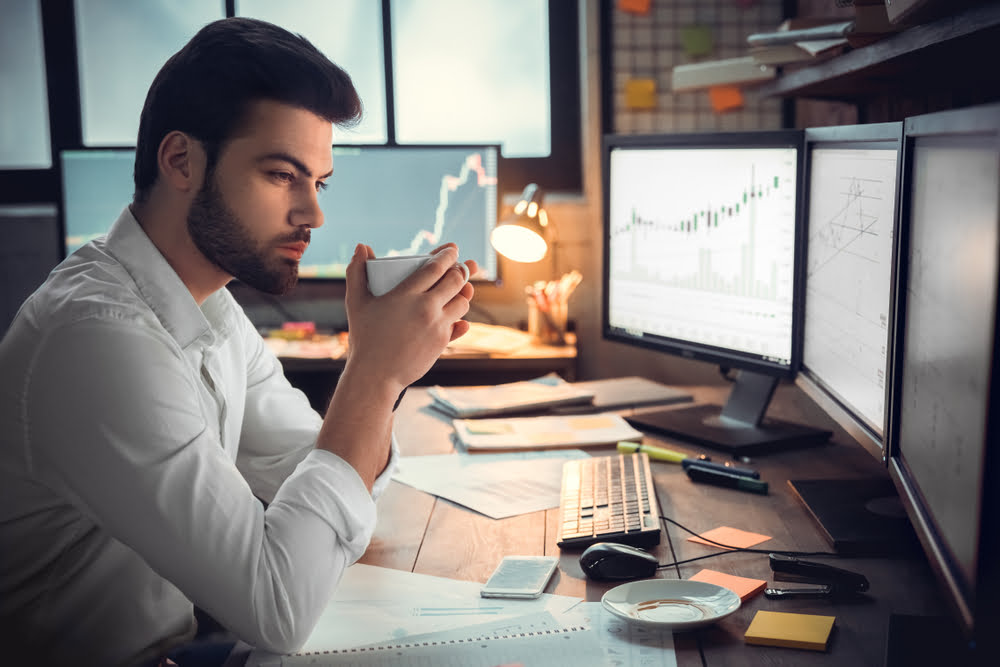 Bitcoin Eclipses $9,100, And Data Shows Institutions Are Only Just Getting Started

Bitcoin was one of the few assets heading higher this week as fears about the Coronavirus outbreak led a steep fall in global markets.

The benchmark cryptocurrency on Tuesday was up by 1.91 percent to trade near $9,066.21 per token in spot markets. At the same time, CME Futures linked to bitcoin were also trading 0.5 percent higher at $9,040. The moves uphill suggested that speculators were increasing their exposure on the cryptocurrency.

That was further evident in the weekly performance of GBTC, an institutional-grade trust tied to bitcoin. The OTC stock jumped 3.59 percent in the last two days, further suggesting an influx of large capital from accredited investors. GBTC last year had raked in about $600 million worth of investments.

Bitcoin and bitcoin-related derivatives typically do well in times of global macroeconomic and geopolitical crises. And it appears the world is under one right now.

Global markets remain under pressure with the rising death reports in China due to Coronavirus. European shares, for instance, recorded their worst daily performance in four months this Monday. Asian stocks, too, got caught up in the selling frenzy.

In a statement published last week, China’s securities regulator suggested traders to objectively analyze the Coronavirus outbreak. The office indicated that a mass hysteria about the so-called epidemic could be falsely negating stocks’ values.

On the other hand, economists at Goldman Sachs said that investors could remain outside risk-on markets unless the Coronavirus situation comes to a halt.

The sentiment leaves investors with a choice to migrate some part of their capital to safe-havens. Gold, US Treasuries, Japanese Yen are all their go-to assets as the crisis looms over.

Bitcoin, a relatively new and unfound haven, is also behaving like a hedging asset against the fears of the Coronavirus outbreak.

In the simplest chronology, investors – particularly in mainland China – could be pumping bitcoin especially when the markets were closed due to the Lunar year. But today, China announced that it is suspending trading on two of its biggest stock market exchanges until February 3.

China was too late, when markets reopen fear will be widespread having already suffered a huge dump

A section of cryptocurrency experts also believes bitcoin’s latest pump is a farce in the name of Coronavirus. Prominent market analyst Alex Krüger noted that the cryptocurrency flipped its correlation with gold and stock markets a one-too-often as the Coronavirus narrative took control.

“$BTC did without a doubt move on the Iran events. January 7th was a game-changer,” he said. “That did not mean we should expect $BTC to move every time stocks pump or dump, but to be attentive to select geopolitical events.”

23/ Bitcoin is in the process of becoming a macro asset as the market matures. In the meantime bitcoin is also a hedge against the TAIL-RISK of fiat systems collapsing, i.e. a put option on central banks without expiry.

The statement indicates that if not all but some institutional investors are closely watching bitcoin for its potential to behave as a hedge against global market downturns. And the pump is just the beginning.

Tags: bitcoincoronaviruscryptocurrencygbtcgrayscale bitcoin trust
TweetShare
BitStarz Player Lands $2,459,124 Record Win! Could you be next big winner? Win up to $1,000,000 in One Spin at CryptoSlots