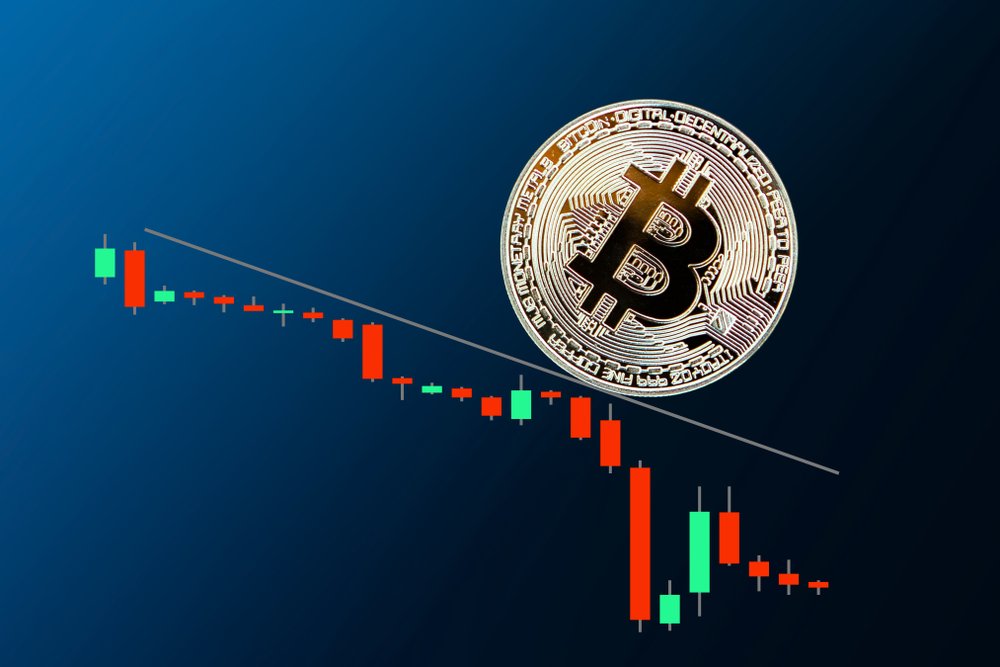 Bitcoin was trading in positive territory this Monday after closing its last week in severe losses.

The top cryptocurrency surged 0.68 percent to $8,775 in an attempt to restore its short-term bullish bias. The small gains followed a more significant downside correction last week, wherein the price fell 9.9 percent – or by $964 – from its session open of $9,677. At its lowest, bitcoin was changing hands for $8,632.

Bitcoin located short-term support near $8,750, a level that, on five occasions, helped the cryptocurrency avoid a deeper downside correction. Meanwhile, the asset’s upside attempts remain capped by a strengthful resistance level at $10,000 – that also coincides with a long-term Descending trendline (black).

That left bitcoin under a strict trading range between $8,750 and $10,000, narrowed further by a short-term Ascending Trendline (maroon). Such triangle-like patterns typically end up birthing a price breakout. And given bitcoin’s prevailing interim bias, which is bearish, there is a risk of adverse breakout action this week.

The recent price action has shown traders’ unwillingness to buy bitcoin at its higher high. The price tested the Descending Trendline on more than ten occasions in the last two months but failed to turn the attempt into a full-fledged bullish breakout.

At the same time, traders have expressed accumulation sentiment near bitcoin’s short and long-term moving averages. The second week of April saw the cryptocurrency maintaining steady support above the 50-daily MA (the blued wave). A month later, bitcoin’s rebound from $10,000 found a solid floor near the 200-MA (the orange wave).

The $8,750 can offer interim support but lacks a historical significance when it comes to limiting bitcoin’s downside risks. Sooner or later, traders may want to break the level and shift their downside target to either of the moving averages.

Meanwhile, Bitcoin is also reversing from an overstretched recovery. The cryptocurrency’s RSI readings show an apparent reversal from its overbought territory above 70. The momentum indicator has now established a negative slope after falling below 53, signaling a further breakdown towards the south.

The first of the Bitcoin MA support lies at the 50-DMA that roughly coincides with $8,200. Meanwhile, the relatively stronger 200-DMA floor sits near $8,000.

It is possible that bitcoin tests these two levels as their primary downside targets before deciding the next pullback/continuation move.