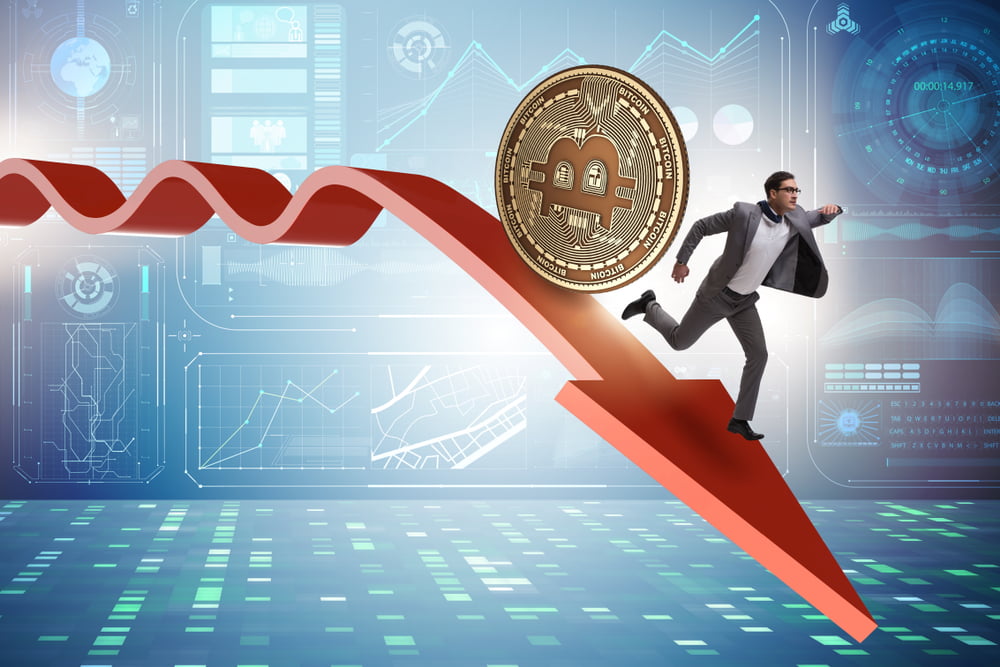 Bitcoin prices edged lower on Monday, pressured by a current correction momentum that saw the cryptocurrency plunging by more than 40 percent since June this year.

The BTC/USD instrument was trading at $7,863.28 as of 0907 UTC, down 2.34 percent from the open. Around the same time, CME bitcoin futures had slipped by 1.99 percent to trade at $7,875.00, indicating the possibility of an extended downside correction on Monday.

On Friday, global media reported that the White House is planning to restrict the listing of Chinese companies on US exchanges. The report surfaced at the time when investors are weighing in the prospects of a trade deal, thereby injecting a fresh wave of pessimism across both risk-on and risk-off markets. Global shares on Monday opened on a mixed note while perceived safe-haven asset Gold dipped, down 0.66 percent as of 0926 UTC.

“For the short term, there is some confusion considering the contradicting headlines we are getting on the trade war,” said Stephen Innes, a market strategist at AxiTrader. “In these situations what investors do is quit their position in equities and switch to bond markets.”

The analogy is already visible on the US dollar. The greenback is looking stronger against its commonly quoted assets, which includes both Gold and Bitcoin. The US dollar index, which compares the dollar with a basket of foreign currencies, is also up 0.07 percent, reflecting investors’ real hedge on a perceivably confusing day at the markets.

The US, meanwhile, has clarified that it has no plans to implement its decision of banning Chinese companies on US exchanges. It means Washington is in a wait-and-watch mood. It would take the final decision only upon the conclusion of its high-profile meeting with the Chinese in about two weeks’ course. The outcome would decide to which direction the global markets would go next for the long term.

Chinese Vice Commerce Minister Wang Shouwen on Sunday said that both Beijing and Washington would settle their trade conflict “with a calm and rational attitude.”

Clues for Next BTC Rally

Bitcoin investors are looking for clues to the next Bitcoin price rally. While trade tensions somewhat assisted in driving capital to the cryptocurrency market in Q2, the following financial periods have failed to attract similar interest. In between, the news of the Federal Reserve and the European Central Bank cutting lending rates, as well as the launch of Bakkt, was not able to revive bitcoin’s bulls.

With fundamentals failing, investors are looking for answers in technical patterns. Renowned bitcoin price analyst Josh Rager said the lowest bitcoin could drop in the ongoing correction is towards the $6,300-6,500 range.

This pullback too shall pass and will hopefully make for great buying opportunities in the coming days/weeks.”