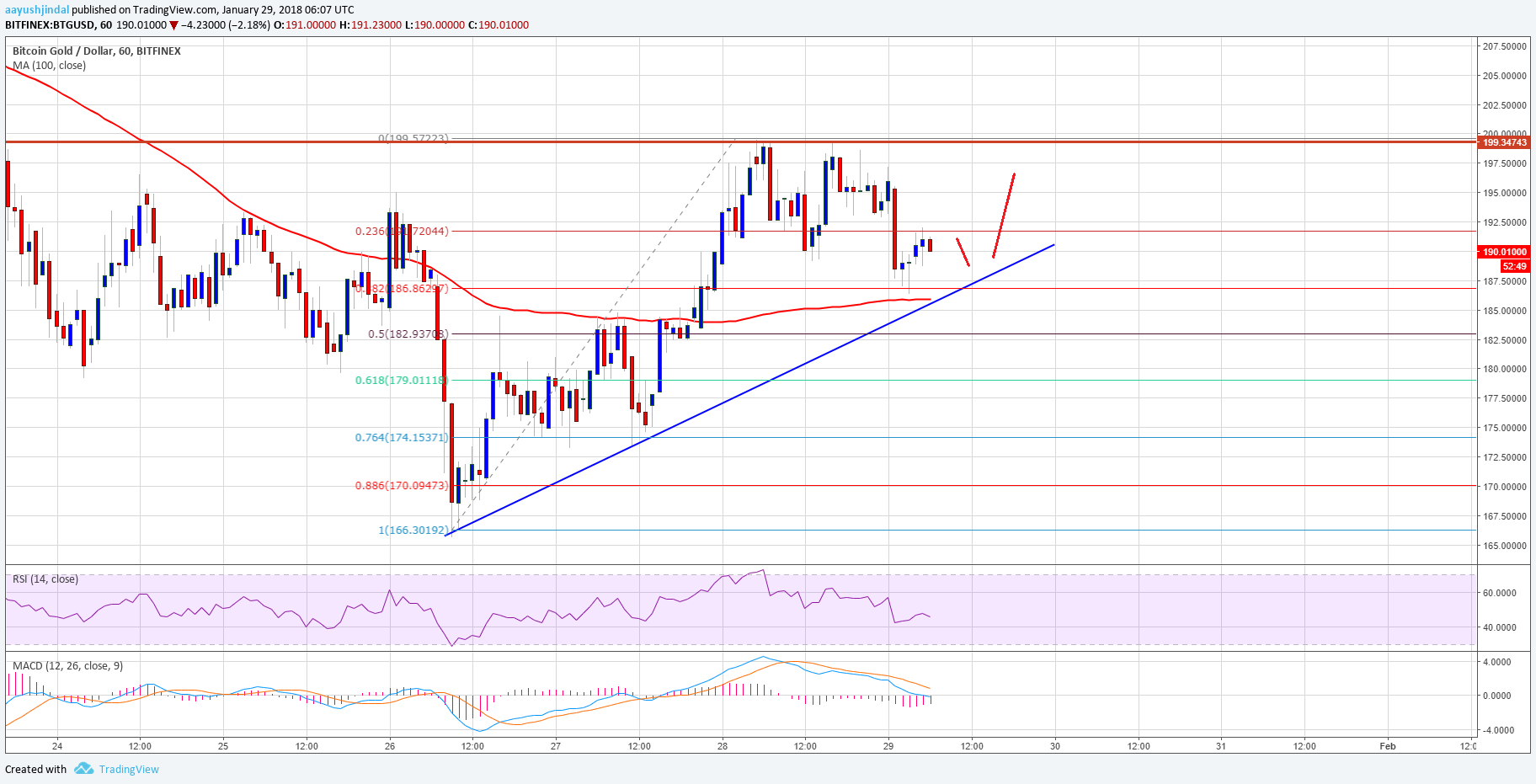 Bitcoin gold price is trading positively above the $180 level against the US Dollar. BTG/USD may soon make the next move either above $200 or below $180.

There was a slow and steady rise initiated from the $166 low in bitcoin gold price against the US Dollar. The price managed to move higher and broke the $175 and $180 resistance levels. It even traded close to the $200 level, which is a major resistance. A high was formed at $199.57 from where a downside correction was initiated. It has moved below the 23.6% Fib retracement level of the last wave from the $166 low to $199 high.

However, the downside move seems to be limited below $180. At the moment, the 38.2% Fib retracement level of the last wave from the $166 low to $199 high is acting as a support. There is also a short-term bullish trend line forming with support at $185 on the hourly chart of BTG/USD. The trend line support at $180-185 coincides with the 100 hourly simple moving average. As long as the price is above the $180 level, it could attempt to clear the $200 resistance.

Overall, it seems like the price is approaching a break either above $200 or below $180. Above $200, the price may accelerate toward the $240 level in the near term.

Hourly MACD – The MACD for BTG/USD is attempting to move back in the bullish zone.

Hourly RSI (Relative Strength Index) – The RSI for BTG/USD is currently just below the 50 level.